1.Task force set up to monitor monkeypox situation in India 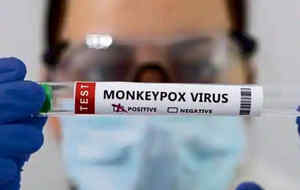 The central government has constituted a task force to monitor the situation of monkeypox in the country . It is made after the first death related to monkeypox was reported. This task force will provide guidance to the government regarding the expansion of diagnostic facilities and discovery of vaccinations for the disease in India. The task force was headed by Dr. VK , Member (Health) of NITI Aayog . Paulwill do. Other members include the Secretary of the Union Health Ministry and members from Pharma and Biotech. So far, four cases of monkeypox have been reported in India, out of which three cases have been reported in Kerala and one in Delhi. A young man with monkeypox-like symptoms lost his life in Kerala. After this, Health Minister Veena George started a high-level investigation. According to the World Health Organization (WHO), more than 18,000 cases of monkeypox have been reported in 78 countries. 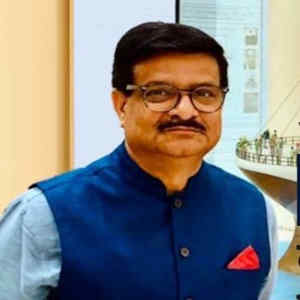 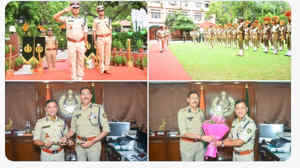 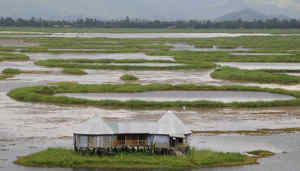 Recently Loktak Lake Authority of Manipur has issued a notice to remove all floating houses and fishing related structures on Loktak Lake . The decision was strongly opposed by the local fishing community and home-stay operators. Lack of regulation related to the lake. The number of newly built houses and huts is increasing day by day; As a result it has endangered the lake ecosystem, and also affected the environment. A major hydroelectric project started in the year 1983 has also led to a drastic reduction in fish production and traditional fisheries in this lake. In addition, arable land has been damaged due to floods and rising levels of sediments and pollutants from untreated rivers. 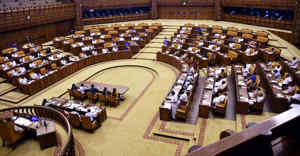 Kerala was ranked eighth across the country in terms of assembly session meetings in 2020 due to life stalled in the first phase of Corona havoc . Now he is back on top. A total of 61 days worked in the Kerala Legislative Assembly session in 2021 , which is the highest in the country as a whole.Is. It should not be forgotten here that even in 2021, the second wave of Corona was at its peak. Not only this, from the year 2016 to the year 2019 also, Kerala remained on top in terms of assembly meetings. Sessions lasted an average of 53 days during this period. These figures have been collected by prsindia.org. Delhi-based think tank PRS Legislative Research (PRS) has given the rating of various states for 2021 on the basis of state and union territory wise assembly session and work done in it. Kerala topped the list, followed by Odisha (43 days), Karnataka (40 days) and Tamil Nadu (34 days). However, the top three states are well below the scale of the recent 21-day meetings. 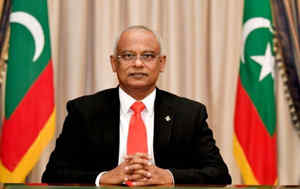 Maldives President Ibrahim Mohamed Saleh arrived in New Delhi on a four-day visit. There will be a meeting between Prime Minister Narendra Modi and Mr. Saleh tomorrow, in which several agreements are likely to be signed. Mr. Saleh is also scheduled to meet President Draupadi Murmu at Rashtrapati Bhavan. 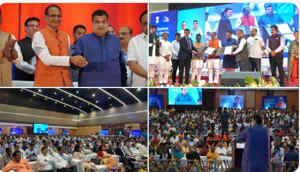 Union Minister for Road Transport and Highways Shri Nitin Gadkari inaugurated and laid the foundation stone of 6 National Highway projects of 119 km length at Indore (Madhya Pradesh) costing Rs 2300 crore . On this occasion, Chief Minister Shivraj Singh Chouhan demanded 20 flyovers and road bridges for the state. Shri Gadkari has approved these projects under the Setu Bharatam scheme worth Rs.16 thousand crores. During this program MoU was signed between State Government and NHAI for construction of ropeways at 14 selected locations in Madhya Pradesh. 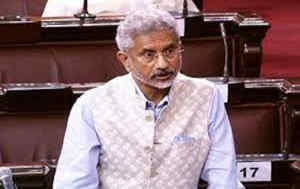 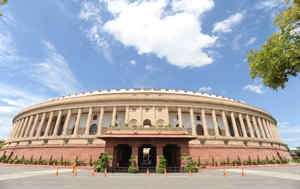 Parliament has passed the Indian Antarctic Bill 2022 . The bill was passed in the Rajya Sabha. The House rejected the amendment of the member of the Left regarding the Bill. Lok Sabha had already passed this. The bill has a provision to give effect to the Antarctic Treaty. According to this treaty, the Convention on the Protocol on Antarctic Living Resources and Environment Protection has been recognized. On the bill, Union Geology Minister Dr Jitendra Singh said that Antarctica is a very unique land and India has made four treaties about it. Dr. Singh said that there are two establishments, Maitri and Bharati , in Antarctica, India.

10.Exercise in Atlantic by Indian and French Navies 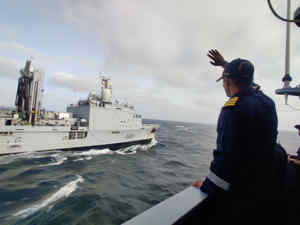 During her remote field deployment, INS Tarkash conducted Maritime Partnership Exercise (MPX) with the French Navy in the North Atlantic Ocean on 29 and 30 July 2022 . Oil supply exercise at sea between Tarkash and French Fleet Tanker FNS Saum. This was followed by a joint air campaign exercise with the Falcon 50 Maritime Reconnaissance Aircraft. During this, air defense exercises and maneuvers with artificial missiles were done.

11.At the Birmingham Commonwealth Games, India’s Achint Sheuly won the gold medal in weightlifting by lifting a record 313 kg. 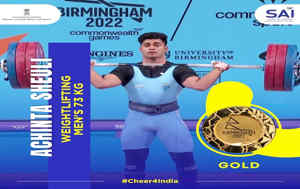 Continuing the winning streak of the Indian weightlifting contingent at the Birmingham Commonwealth Games , Achinta Sheuly , representing India in the 73kg category , won the gold medal . Achinta, 20, lifted the gold medal by lifting a total of 313 kg including 143 kg in snatch and 170 kg in clean and jerk. Earlier Mirabai Chanu and Jeremy Lalrinnunga bagged the gold medal while Bindiyarani Devi and Sanket Sargar bagged the silver medal. The bronze medal has been won by Gururaja Pujari.

12.India won three medals on the fourth day of the Commonwealth Games 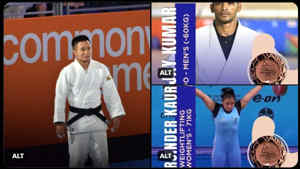 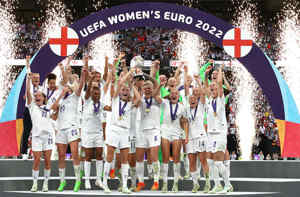 England won the Women’s European Championship Football Championship after beating Germany 2–1 in an extra-time match. When England looked to be under pressure, Chole Kelly scored in the 110th minute which proved decisive. Before Kelly’s goal, the England players looked exhausted and had to fight against the German substitutes. The match was tied at 1-1 till the stipulated time. Ella Toune scored for England in the 62nd minute while Lina Magul scored the equalizer for Germany in the 79th minute. At Wembley Stadium, Germany’s Lena Magel and England’s Ella Toon scored after 90 minutes to level the score at 1-1. The result was decided in extra time. 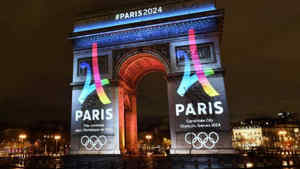 The organizers of the 2024 Paris Olympics have unveiled “ Games Wide Open ” as their official slogan. The slogan has been released along with a video. Paris will host the Summer Olympics for the third time in 2024, which is also the centenary year of the previous Paris Games in 1924. The French capital Paris was also the host city of the second edition of the modern Olympic Games in 1900. The Paris Olympic 2024 Games are scheduled to take place from 26 July to 11 August and athletes will compete in a total of 32 sports, including 329 events. 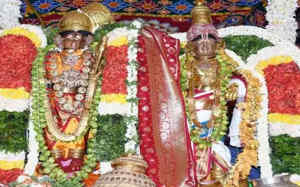 August 1 was the birth anniversary of Andal Thirunakshatram and the famous Tamil saint poet Sri Andal , who is believed to be an incarnation of Goddess Lakshmi . She is called Mira of the South . Pooram day of Tamil month is celebrated as the birth anniversary of Andal. Pooram is one of the 27 constellations in Hindu astrology. The time of Andal, the famous saint poet of South India, is considered to be in the ninth century AD. He has the same place in Tamil literature as Meera in Hindi. Andal’s childhood name was ‘ Kaude ‘. He was brought up in the house of a Vishnu devotee Brahmin named Vishnuchitra of Madura. Andal temple in Srivilliputhur district of Virudhunagarworld famous. Though various festivals are organized in this temple, the Adipura festival is the most important. Since Adipuram is the day of the incarnation of Gothai Andal, this festival is extra special.