The DI question set was based on Children in certain classes in the year 2013, 2014,2015,2016 and questions in this part had topics like average , ratio and proportions, percentages and the normal ones. The simplification was easier and as the scoring part. Even the Miscellaneous part was easier but due to time constrains many would have skipped this part, when compared to others this was easier.

2 Seating Arrangements were asked , One Circular arrangement with everyone facing inside the circle and one linear arrangement consisting of 7 persons facing the north with statements. One puzzle was also asked. Inequalities and Syllogism were asked which constituted for 6 questions in total. The number series arrangement was tricky but was in the moderate range. This will be the scoring part for many, as everyone would have attempted maximum number of questions from this section.

The English Language section was in the easier range. The reading comprehension was a story based on North Wind and the relationship between a Mother and Son after the north wind took away the meals/food. The Fillers were easy and it was based on grammatical ones. The error spotting was also easy along with sentence improvement. 4 questions were asked in the Synonyms and Antonyms and the other questions were like statements and causes.

Overall this section was easier and aspirants could have easily done 15+ questions. 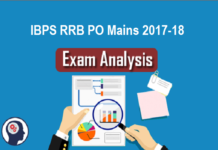 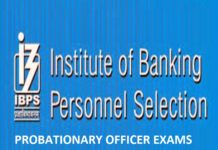