1.Draupadi Murmu became the 15th President of the country 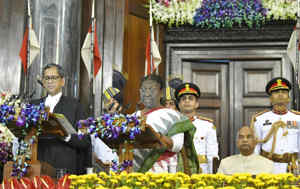 Smt. Draupadi Murmu took oath as the 15th President of the country . Chief Justice NV Ramana administered the oath to him in a grand ceremony held in the Central Hall of Parliament . After the conclusion of the swearing-in ceremony, the President was presented with a guard of honor by the three armies in the forecourt of Rashtrapati Bhavan. Rajya Sabha Chairman M. Venkaiah Naidu , Prime Minister Narendra Modi , Lok Sabha Speaker Om Birla , Union Ministers, State Governors, Chief Ministers, Heads of Diplomatic Missions, MPs, and officials were present at the function. President Draupadi Murmu is the first tribal and the second woman to hold the post. Draupadi Murmu Bharatiya Janata Partyis the leader of. He was born on June 20, 1958 in Mayurbhanj district of Odisha . They belong to the Santhal tribal society. He was elected as the councilor of Rairangpur Nagarpanchayat in 1997 . He has also served as the Vice President of the Scheduled Tribes Morcha of the Bharatiya Janata Party. During the Bharatiya Janata Party and Biju Janata Dal coalition government in Odisha, he served as Commerce and Transport (Independent Charge) from 6 March 2000 to 6 August 2002 and Fisheries and Animal Resource Development State from 6 August 2002 to 16 May 2004. Was a minister . He received Neelkanth Award for Best MLA by Odisha Legislative Assembly in 2007.was awarded. She was the first woman governor of Jharkhand . She was the first woman tribal leader from Odisha to be appointed as the governor of an Indian state. She was the Governor of Jharkhand from 2015 to 2019. She is a BJP-led National Democratic Alliance candidate for election to the office of the 15th President of India . 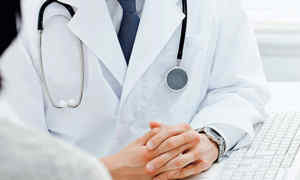 Andhra Pradesh State Government has decided to implement “ Family Doctor Project ” on pilot basis in Padmanabham mandal of Visakhapatnam district . The project is likely to be implemented from 15 August 2022. This project will be taken up with an aim to improve health services among the rural population . As a part of “Family Doctor Project”, Primary Health Center (PHC) to look after the health needs of the people in the Ward and Village Sachivalayamto be provided to a doctor. Doctors will provide patient services for the residents of the ward from 9 am to 12.30 pm. Lunch break will be given from 12.30 pm to 1.30 pm. The same doctors will again visit patients who are critically ill and need prenatal and postnatal care from 1:30 pm to 4:30 pm. Prior to the doctor’s visit, ANMs, ASHA workers and Mid-Level Health Providers (MLHPs) will go door-to-door to identify those who require the services of a doctor. The detailed list will be submitted by them to the doctor. After this the doctors of PHC will visit these houses and provide health services. 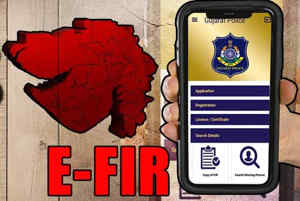 Gujarat government launched e-FIR service for crimes like mobile or two wheeler theft . Taking a step towards digital governance, “e-FIR system” was launched in the state. e-Governance Initiative and e-FIR System “ e-GujCop Project(e-GujCop project). The move is aimed at resolving the mentioned incidents expeditiously. To lodge complaint or e-FIR in online mode. Gujarat Police will contact the complainant within the first 48 hours of registering the e-FIR and will visit the spot. Police will complete the investigation process within 21 days. After that the status report will be presented in the court. Thus, citizens will be freed from having to go to the police station to register an FIR for common crimes like theft of a mobile or two-wheeler. The e-FIR system is currently providing 16 police related services in online mode. These services include registration of senior citizens, domestic servant, tenants, or property registration, police NOC and missing person report etc. To identify a stolen two wheeler, 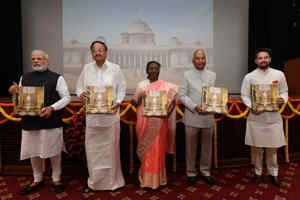 The first book contains an illustrated history covering all the Presidents of India from Dr. Rajendra Prasad to Mr. Pranab Mukherjee. It contains rare photographs obtained from the archives of Rashtrapati Bhavan. These photographs reveal some unique aspects of both the personal and public lives of our Presidents in this historic building. The second book is dedicated to the tenure of President Shri Ram Nath Kovind. It contains rare photographs of Mr. Kovind’s village and his school days. It narrates this journey from his village to Rashtrapati Bhavan. This book tells the readers how a boy from a challenging background rose to the highest position in India. The third book is an illustrated book prepared by the Chandigarh College of Architecture and describes the historic and unique floors of Rashtrapati Bhavan. It’s very unique

5.Akshay Mundra will be the new CEO of Vodafone Idea 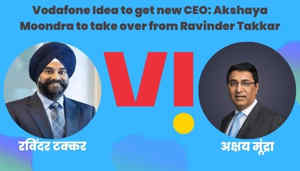 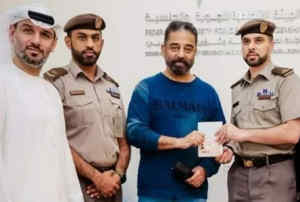 South superstar Kamal Haasan gets coveted Golden Visa by UAEhas given. Before Kamal Haasan, actors Nasir, Mammootty, Mohanlal, Tovino Thomas, Parthiyapan, Amala Paul and Shah Rukh Khan have all got it. Kamal Haasan was last seen in Vikram, which was a blockbuster hit. Directed by Lokesh Kanagaraj, Vikram stars Kamal Haasan, Vijay Sethupathi and Fahadh Faasil in lead roles. The UAE Golden Visa is a long-term residence visa system with a duration of five to 10 years. After that the visa gets renewed automatically. It is given to achievers, professionals, investors and people with promising abilities from various fields. Since Kamal Haasan is a well-known star of the film industry, he keeps visiting Dubai many times. The UAE launched the Golden Visa for the first time on 21 May 2019.

7.The historic Netaji Subhash Chandra Bose Island was handed over to the Andaman and Nicobar Administration for the development of tourism and infrastructure. 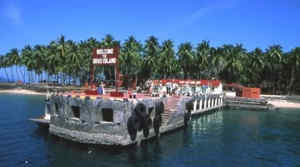 The Andaman and Nicobar Command has handed over the historic Netaji Subhas Chandra Bose Island to the Andaman and Nicobar Administration for tourism and infrastructure development . The official ceremony was held at Netaji Subhas Chandra Bose Island, where Commander-in-Chief of Islands Command Lt Gen Ajay Singh symbolically handed over administrative control of the island to Sunil Anchipka , Deputy Commissioner of South Andaman . Lt Gen Ajay Singh said that NITI Aayog and Island Development AgencyIn the last few years, under the Act East Policy, has taken several initiatives to develop these islands. Andaman and Nicobar Islands are strategically very important for the country. That’s why it is very important to promote connectivity.

8.Indian Institute of Heritage to be set up as a Deemed University 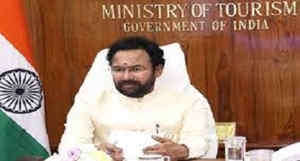 The Indian Heritage Institute will soon be set up as a Deemed University to provide higher education and research in areas related to Indian heritage and its conservation . Culture and Tourism Minister G. Kishan Reddy gave this information in Lok Sabha. He said that the Indian Heritage Institute was established in Noida, Gautam Budh Nagar, Uttar Pradesh.will be done in The institute will offer postgraduate and research degrees in subjects such as art history, conservation, museology, archival studies, archaeology, preventive conservation. Sri Reddy also informed that the Indian Heritage Institute is meant to meet the human resource needs in the entire cultural sector. It is known that the new education policy envisages the inclusion of culture as an integral part of the educational curriculum. 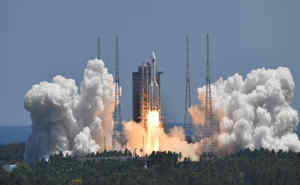 In a step forward in China ‘s ambitious space program, Chinese scientists have successfully launched the second of three space stations. Wentian was launched with the help of a Long March 5B rocket from the Wenchang Launch Center on Hainan Island, China. went. 15 minutes after the launch, the China Manned Space Agency (CMSA) informed about the success of the launch. Beijing has launched the central module of its space station Tiangong for the year 2021 .was launched in With this move, China has come very close to building its own space station. With the completion of the Tiangong Space Station, China will become the only country in the world to have its own station at present. Ventian is about 18 meters (60 ft) long and weighs 22 tons (48,500 lb). It will go into space and connect with the module already there. Ventian has complete facilities for three people to rest and work. 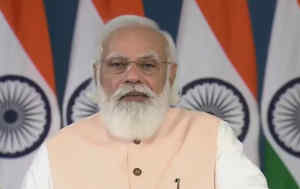 Prime Minister Narendra Modi addressed a program organized on the occasion of 10th death anniversary of Harmohan Singh Yadav through video conference on July 25 , 2022 . It was organized in Meherban Singh Ka Purwa area of ​​Kanpur district of Uttar Pradesh . Harmohan Singh Yadav remained active in politics for a long time and served as MLA, Rajya Sabha member and President of All India Yadav Mahasabha . He was also instrumental in the establishment of several educational institutions in and around Kanpur . Harmohan Singh Yadav for his valor and courage in saving the lives of many Sikhs during the 1984 riots .Was awarded the Shaurya Chakra in 1991 . 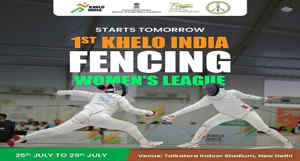 The first Khelo India Women’s Fencing League tournament began at the Talkatora Stadium in New Delhi . It was inaugurated by Sandeep Pradhan , Director General, Sports Authority of India . On this occasion, the President of Fencing Association of India , Rajeev Mehta said that this competition is being organized according to the ranking system. He said that such an event would encourage fencing in India. More than three hundred women players from twenty states are participating in this competition. Bhavani Devi of Tamil Nadu who represented India in Tokyo OlympicsSaber of the senior category will present her challenge in the competition. Altogether 18 medals will be at stake. Fifty thousand rupees will be given to the gold medalist, 40 thousand rupees to the silver medalist and 30-30 thousand rupees to the two players who won the bronze medal. The Ministry of Youth Affairs and Sports said that this competition will be held in three phases. The first and second phases will be held in New Delhi while the third and final phase will be held in Patiala. 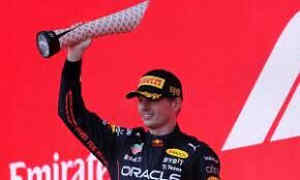