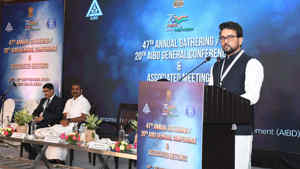 India ‘s presidency at the prestigious Asia-Pacific Broadcasting Development Institute (AIBD) has been extended for one more year . The decision was taken unanimously by AIBD member countries at the two-day 47th Annual General Meeting of the Institute held in New Delhi . Presently, Mayank Kumar Agarwal , Chief Executive Officer of Prasar Bharati and Director General of Doordarshan , is the Chairman of AIBD. The conference was inaugurated by the Union Minister for Information and Broadcasting, Youth Affairs and Sports, Shri. By Anurag Singh Thakur . In 1977 under the auspices of UNESCOThe Asia-Pacific Broadcasting Development Institute (AIBD), established is a specialized regional intergovernmental organization serving the countries of the United Nations Economic and Social Commission (UN-ESCAP) in the field of electronic media development for Asia and the Pacific. AIBD is committed to creating a vibrant and cohesive electronic media environment in the Asia-Pacific region through policy and resource development. The AIBD currently has 26 full members (countries) representing 43 organisations, and 50 affiliated members (organisations). The Lifetime Achievement Award for 2021 was presented to Mr. Khiu Khanharit , Minister of Information and Communications of Cambodia . Lifetime Achievement Award for 2022 Awarded to Mr. Mayank Agarwal , Chief Executive Officer of Prasar Bharati and Chairman, AIBD .

2. Many rail services affected due to the indefinite ‘Rail Roko’ movement of Kudmi society 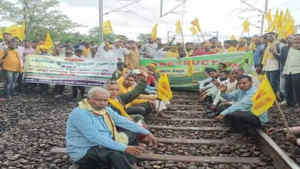 Kudmi organizations from West Bengal, Jharkhand and Odisha have been demanding Scheduled Tribe status and inclusion of Kudmali language in the Eighth Schedule of the Constitution . Many rail services have been affected due to the indefinite ‘ Rail Roko ‘ agitation of the Kudmi community . Due to this agitation, most of the long distance trains along with local trains have been canceled or diverted. 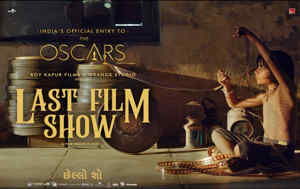 Gujarati film Chello Show has been declared as India’s official entry for Oscars 2023 . The Film Federation of India announced this for the 95th Academy Awards . Chello Show has been selected in the Best International Feature Film category . The film is scheduled to release in Indian cinemas on October 14. The title of Chello Show is Last Film Show in English . The film had its world premiere as the inaugural film at Robert De Niro’s Tribeca Film Festival and has won several awards at various international film festivals. The director of the show Chello, Nalin Pan has thanked the Film Federation of India and the jury members for selecting the film for the Oscars.Chello Show is the story of a teenage boy . He lives in a remote village in India and has a deep connection with cinema. The film depicts how a little boy spends an entire summer watching movies from a projection booth. 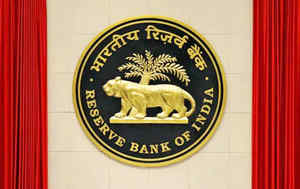 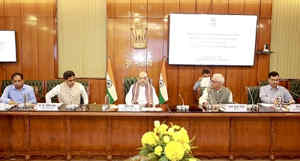 Home Minister Amit Shah reviewed the implementation of the Bru Accord in a meeting with Tripura Chief Minister Manik Saha in New Delhi . After the signing of the Bru Accord in January 2020 , significant progress has been made in the direction of resettling the displaced Bru community from Mizoram in Tripura . A comprehensive package has been provided for the rehabilitation of each family in the agreement. Senior officials of the central and state governments were also present in the meeting. Permanent Resident Certificate, Scheduled Tribe Certificate, Aadhar Card and Voter ID Card are being issued to the rehabilitated Bru families.

6. A commission will be set up for dalits who convert 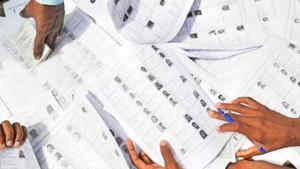 The Central Government will set up a National Commission to study the social, economic and educational status of members of the Scheduled Castes or Dalits converting to religions other than Hinduism, Buddhism and Sikhism . This proposed commission assumes significance as several petitions are currently pending before the Supreme Court, seeking SC reservation benefits for Dalits who have converted to Christianity or Islam. Constitution (Scheduled Castes) Order, 1950 under Article 341It states that a person belonging to a religion other than Hinduism, Sikhism or Buddhism cannot be recognized as a member of a Scheduled Caste. The original order classified members of the Scheduled Castes as belonging to Hinduism only. It was later amended to include Sikhs in 1956 and Buddhists in 1990. The proposed commission will have 3 to 4 members, headed by a Union cabinet minister. This commission will be involved in a comprehensive analysis of changes in the condition of Dalits who have converted to Christianity or Islam. It will also study the impact of adding more members to the current SC list. SCs are currently given 15 percent reservation for direct recruitment in central government jobs.

7. PM chairs the meeting of the Board of Trustees of PM CARES Fund 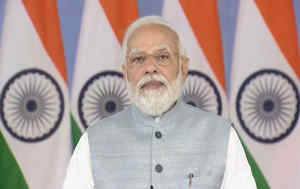 Prime Minister Narendra Modi holds meeting of the Board of Trustees of PM Cares Fundpresided over. In the meeting, the PM Cares scheme helping four thousand 345 children by the PM Cares Fund and various efforts of this fund were discussed. The Trustees appreciated the remarkable role of this fund in difficult times in the country. Shri Modi expressed his gratitude to the countrymen for wholeheartedly supporting the PM Cares Fund. Trustees of PM Cares Fund, Union Home Minister and Union Finance Minister also participated in the meeting. Among the newly appointed trustees of the fund are former Supreme Court judge K. T. Thomas, former Deputy Speaker of Lok Sabha Karia Munda and Tata Sons Chairman Emeritus Ratan Tata also participated in the meeting. The Trust also decided that eminent personalities would be included in the advisory board of PM Cares Fund. These include Rajiv Mehrishi, former Comptroller and Accountant General of India, Sudhamurthy, former chairman of Infosys Foundation and co-founder of Tech for India, IndiCoors and former CEO of Piramal Foundation. Anandshah added. 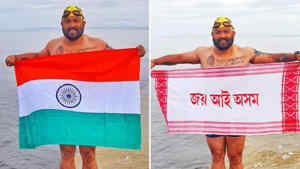 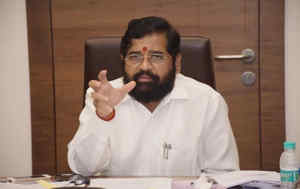 Maharashtra Chief Minister Eknath Shinde has approved the formation of a sub-committee on Maratha reservation . State Higher and Technical Education Minister Chandrakant Patil will be the chairman of the six-member sub-committee. The members of the sub-committee will include Revenue Minister Radhakrishna Vikhe-Patil, Rural Development Minister Girish Mahajan, Ports Minister Dada Bhuse, Excise Minister Shambhuraj Desai and Industries Minister Uday Samant. This committee will look into the report received from the State Backward Classes Commission on the social, educational and economic status of the community.

The Asian Development Bank (ADB) and the Government of India signed a US$ 96.3 million loan agreement to provide clean drinking water and improve water supply and sanitation services in Himachal Pradesh . The project is in line with the Government of India’s objective of Jal Jeevan Mission, which aims to provide piped water to all rural households by 2024. It will upgrade water supply infrastructure and strengthen institutional capacity to ensure safe, sustainable and inclusive rural water supply and sanitation services. 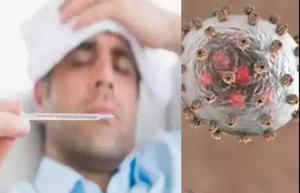 Lassa fever in Nigeria despite government measures to reduce the spread of the viral infection across the countryDue to which 171 people have died. Nigeria currently has a total of 917 confirmed cases of Lassa fever, with 6,660 suspected cases registered since the beginning of this year. With the death toll reaching 171, the case fatality rate stands at 18.6 per cent. This is lower than the same period in 2021, which stood at 23.3 per cent. The viral infection is mainly affecting people between the ages of 21 and 30. The Nigeria Centers for Disease Control is currently distributing medical response items across the country to control the spread of the viral infection. Lassa fever is an acute viral hemorrhagic fever caused by the Lassa virus, which belongs to the Arenaviridae family. It was first discovered in 1969 in Nigeria. 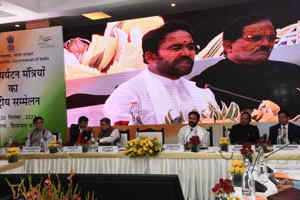 Union Tourism Minister Shri G. Three day National Conference of State Tourism Ministers in Dharamsala, Himachal Pradesh in presence of Kishan ReddyDone. Tourism ministers from 12 states of Madhya Pradesh, Arunachal Pradesh, Assam, Goa, Haryana, Mizoram, Odisha, Tamil Nadu, Uttar Pradesh, Punjab, Maharashtra and Himachal Pradesh participated in the conference. Shri Reddy urged that all the states share and adopt the best practices to promote the tourism sector. States should organize such conferences at their level with district officials and stakeholders of various departments to improve and promote tourism destinations. Sri Reddy emphasized on the importance of youth tourism clubs and said that these clubs can bring a big change in this sector. Shri Reddy also informed that national flags will be installed at tourist places. He also appealed to the states and stakeholders to put up flags at all hotels and tourist places. Arrival of 1.5 crore foreign travelers to the country by 2024, 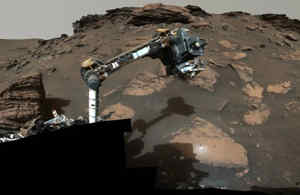 Perseverance rover samples high concentrations of organic matter from the surface of Marshave collected. The Perseverance rover has collected several organic rock samples from an ancient river delta on Mars. These rock samples have large concentrations of organic matter. With this latest collection, the rover has now collected a total of 12 samples. One of the collected rocks was nicknamed as Wildcat Ridge. This rock was formed when clay and sand settled in a saltwater lake as the lake evaporated billions of years ago. An instrument on the rover called SHERLOC (Scanning Habitable Environments with Raman & Luminescence for Organics & Chemicals), found that these samples contained a class of organic molecules that correlated with sulfate minerals. Sulfate minerals found in sedimentary rock layers may provide insight into the water environment at which the rock samples were discovered. This suggests that while the lake was evaporating, both sulfate and organic molecules were deposited, conserved and concentrated in the region. 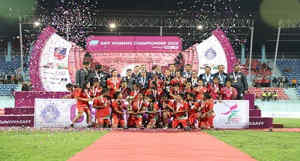 Bangladesh registered a historic title win for the first time by defeating Nepal 3-1 in the final of the SAIF Women’s Football Championship in Kathmandu . In the tournament, Bangladesh captain Sabina Khatun scored the most goals in five matches with eight goals. He was adjudged the best player of the tournament for his outstanding performance. The Bangladesh team was also given the Fair Play Award. Captain Sabina dedicated the SAIF Women’s Football Championship trophy to the people of Bangladesh. Bangladesh goalkeeper Rupana Chakma was named the best goalkeeper. In the tournament, he blocked most of the goals scored against Bangladesh and allowed only one goal. 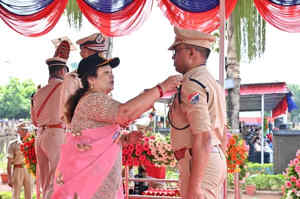 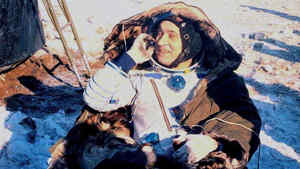 Valery Polyakov , who holds the record for the longest single life in space , has died at the age of 80. Valery Polyakov’s record of 437 days in space began on 8 January 1994 . He died on March 22, 1995 while aboard the Soviet space station Mir .orbited the Earth more than 7,000 times before returning to Earth. He trained as a physician and demonstrated the ability of the human body to withstand extended periods in outer space. Prior to this, Polyakov had spent 288 days in space on a mission in 1988-89. This was his first mission in space. He returned to Earth after 8 months in the year 1989. He served as deputy director of the Institute of Biomedical Problems in Moscow. He held this position after formally retiring from being an cosmonaut in 1995 as well as serving as deputy chair of the commission responsible for certifying Russian cosmonauts. Polyakov’s longest record of 678 days in space was surpassed in 1999 by cosmonaut Sergei Avdeyev, who stayed in space for 747 days. 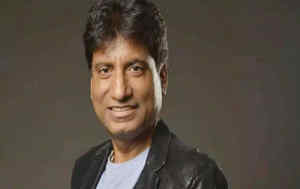 Renowned comedian Raju Srivastava passed away at Delhi’s All India Institute of Medical Sciences-AIIMS . He was 58 years old. He was admitted to AIIMS last month after suffering a heart attack