1.President of India arrives in Netherlands; Participated in the naming ceremony of a tulip breed ‘Friendship’ at Keukenhof Tulip Park

The President , Shri Ram Nath Kovind , arrived in Amsterdam, Netherlands on April 4, 2022, on the last leg of his two-nation tour . The President visited the Keukenhof Tulip Park in Amsterdam to attend the naming ceremony of the Tulip breed , where he was received by the Deputy Prime Minister and Foreign Minister of the Netherlands, Mr. Wopke Hoekstra . The tulip breed (yellow colored tulips) was given the name ‘ Friendship ‘ as a symbol of the special and enduring friendship between India and the Netherlands . Her Majesty King Willem-Alexander and Her Majesty Queen Maxima of the President on April 5, 2022received at the Royal Palace in Amsterdam and received a ceremonial reception at Dam Square. 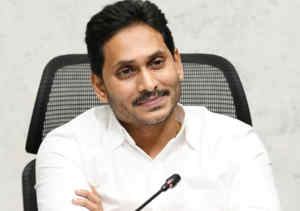 As part of the 26 districts of Andhra Pradesh, there will now be 23 revenue circles.

3.Government said – melting of glaciers is a natural process 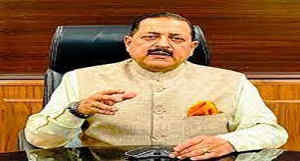 The government said that the melting of glaciers is a natural process and cannot be controlled. However, melting glaciers increase the risks. This information was given by the Minister of Science and Technology and Earth Sciences, Dr Jitendra Singh .In a written reply to a question in Lok Sabha. He said that changes in hydrology based on glaciers, downstream water budgets, impacts on hydroelectric plants due to variations in discharge, flash floods and melting of glaciers due to sedimentation have significant impacts on the water resources of Himalayan rivers. Shri Singh said that various Indian institutes, organizations and universities are monitoring the Himalayan glaciers using remote sensing data on a large scale to reach the calamities associated with glacier melting. He said that recently the National Disaster Management Authority in collaboration with the Swiss Development Corporation has prepared a guideline, collection and summary for policy makers on the management of glacial lake outburst foods.

In Ladakh , a community museum was opened in Gya- Sasoma villages of Leh district to preserve and promote the rich cultural history of the region . Tashi Gyaltson , President of Ladakh Autonomous Hill Development Council (LAHDC) , Leh, inaugurated the community museum. Traditional utilitarian goods, fabrics, clothing and artifacts from the everyday life of Gya-Sasoma are the main attractions of the museum. The museum is housed in a traditional house with a variety of architectural locations and features. 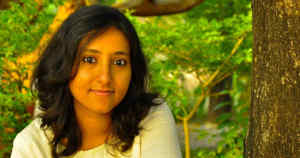 Arifa Johri , a Mumbai -based journalist, an outstanding female media person has been honored with the Chameli Devi Jain Award for 2021 . Media Foundation announced this. Arifa Johri in Mumbai, Maharashtra ‘ Scroll. Works for these . Neetu Singh in 2020had received this award. She is associated with ‘Goan Connection’ media house. The jury included Nirupama Subramaniam, Geeta Hariharan and Ashutosh. The Chameli Devi Jain Award is an annual prestigious recognition in journalism for women media workers in India who have reported on topics such as social development, politics, equality, gender justice, health, war and conflict, and consumer values. The award was instituted in 1980 by the family of Varghese and Chameli Devi. 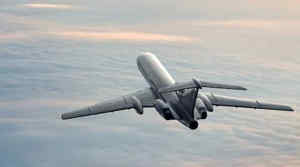 Recently, the International Air Connectivity Scheme (IACS) by the Ministry of Civil AviationIt has been launched with the objective of promoting air connectivity from certain states of India to select international destinations so as to promote socio-economic development. The International Air Connectivity Scheme is supported by the State Governments. The state governments of Manipur, Assam and Tripura have already identified routes to connect Guwahati, Imphal and Agartala to international destinations such as Dhaka, Bangkok, Yangon, Kathmandu, Mandalay, Chittagong, Hanoi and Kunming. As per international standards, the upgradation and development of airports is a long and continuous process and is mostly done by the operators of the airport concerned based on the traffic demand, commercial viability, land availability etc.

The International Monetary Fund has lauded India’s Pradhan Mantri Garib Kalyan Anna Yojana , which has helped prevent the rise of extreme poverty in the country during the COVID-19 pandemic . The fund has said in a report that food transfer and expansion of subsidies have been important tools of poverty alleviation. The report said that doubling eligibility in 2020 helped keep extreme poverty levels at a low of minus eight percent during the pandemic. It also said that without any food subsidies, extreme poverty could have increased by a minuscule five percent during the pandemic. According to the report, there has been a sharp decline in poverty in the country during the period from 2014 to 2019. 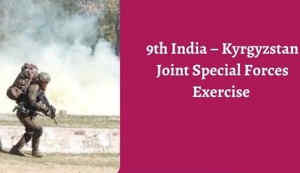 The ninth joint military exercise between the Special Forces of India and Kyrgyzstan concluded in Baklo, Himachal Pradesh . It started on 25 March. During the joint exercise, the Special Forces of both the countries shared their experience, expertise and best practices of technical procedures to deal with existing and emerging threats.

9.Karnataka Government has decided to increase the financial assistance to Scheduled Castes and Scheduled Tribes communities under the land ownership scheme from Rs.15 lakh to Rs.20 lakh.

The Government of Karnataka has decided to increase the financial assistance to Scheduled Castes and Scheduled Tribes communities under the land ownership scheme from Rs 15 lakh to Rs 20 lakh . Chief Minister Basavaraj Bommai made this announcement on the occasion of Babu Jagjivan Ram Award ceremony in Bangalore . He said that the Babu Jagjivan Ram Swarozgar Yojana would be started among the Scheduled Castes and Scheduled Tribes communities within a week. He also said that 75 units of electricity free of cost to the people of these communities in rural areas.will be given. Apart from this, another scheme was announced, through which people of these communities will be given skill development training. They will also be prepared to appear in the competitive examinations. 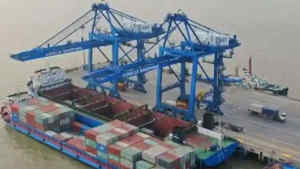 In FY 2021-22 , India’s merchandise exports grew to a record high of $418 billion . This was due to higher exports of products including engineering goods, petroleum products, jewellery, etc. During 2021-22, the country’s goods trade (import and export) crossed $1 trillion. India’s imports have also touched its record of $610 billion. In March 2022, the country’s exports also touched a record high of $40.38 billion. In March 2021, India’s exports stood at $35.26 billion. In 2020-21, India’s merchandise exports stood at $292 billion. Agricultural exports have crossed $48 billion during the period April 2021 to March 2022. 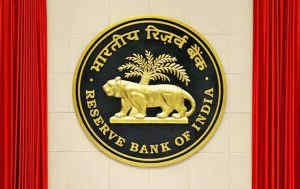 The Reserve Bank on Friday reduced the Ways and Means Advances (WMA) for states and union territories from Rs 51,560 crore to Rs 47,010 crore, citing improvement in the economic scenario.have make. WMAs are short-term loans provided by the RBI to the government to help deal with any discrepancy between receipts and payments. Due to uncertainty over COVID-19, RBI increased the WMA limit to Rs 51,560 crore for all states. The new WMA was in effect until March 31, 2022. RBI said that in the light of the review of limits and gradual easing of COVID-19 restrictions as recommended by the Advisory Committee on Ways and Means Advances to the State Governments, the Overdraft (OD) for the State Governments/Union Territories. Has decided to roll back WMA limits and time limits. As per the RBI (ATB), the Special Withdrawal Facility (SDF) used by the State Governments and Union Territories will remain linked to the amount of marketable securities issued by the Government of India, such as auctioned Treasury Bills. sdf, The interest rate on WMA and OD will be linked to the policy rate of the Reserve Bank, the repo rate. The central bank further said that interest will be charged for all the days the advance is outstanding. The Government of India’s WMA limit has been set at Rs 1,50,000 crore for the first half of the financial year 2022-23.

12.SBI ties up with BSF to provide curated benefits through CAPSP scheme 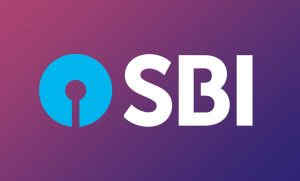 State Bank of India (SBI) has entered into a Memorandum of Understanding (MoU) with the Border Security Force (BSF) to provide financial security solutions to BSF personnel through the Central Armed Police Salary Package (CAPSP) scheme . The MoU will provide a range of benefits to serving security forces, retired personnel as well as family pensioners. These may include complimentary personal and air accident insurance (death) cover, additional cover in case of on-duty death, and other benefits including permanent total disability/partial disability cover, assistance in child education and marriage of girl child of deceased BSF personnel . 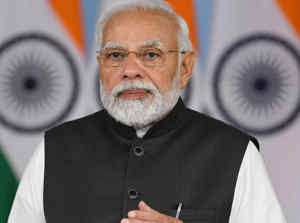 Recently, the Prime Minister addressed a program organized on the 115th birth anniversary of Shri Prahladji Patel and the release of his biography in Becharaji , Gujarat . The Prime Minister recalled the generosity and sacrifice of Shri Prahladji Patel in social service and requested the universities of Gujarat to conduct research in this regard and bring out such forgotten freedom fighters and mark their contribution to the freedom movement. Prahladji Patel hailed from Becharaji in Gujarat and fought for India’s independence from British rule and later joined social reformer Vinoba Bhave ‘s ‘ Bhoodan Movement ‘. He donated his 200 bighas of land. Prahladji Patel,On the call of Mahatma Gandhi , he joined the freedom struggle and was imprisoned in Sabarmati and Yerwada . Prahladji Patel’s father died while in prison, but Prahladji Patel did not accept the terms of the pardon, which were put in place by the colonial rulers to allow him to perform the last rites. He also supported many freedom fighters who were fighting underground. Prahladji Patel helped Sardar Patel in the merger of princely states after independence . When Gujarat was formed in the year 1960, he also contested elections from Chansma seat of Patan district and led the entire region on the path of development.

International Sports Day for Development and Peace (IDSDP) is observed globally on 6 April . To raise awareness of this potential, April 6 was declared by the United Nations General Assembly as the International Day of Sports for Development and Peace (IDSDP). The adoption of this day reflects the growing recognition by the United Nations for the advancement of human rights and the positive impact of sport on social and economic development. Sport has the power to change the world; It is a fundamental right and a powerful tool to strengthen social ties and promote sustainable development and peace as well as solidarity and respect for all.