3.With the efforts of National Tiger Conservation Authority, the number of tigers in the country almost doubled in the period from 2014 to 2018-19. 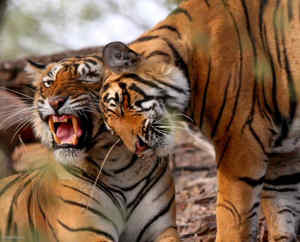 On International Tiger Day , Environment, Forest and Climate Change Minister Bhupendra Yadav has expressed happiness that due to the efforts of National Tiger Conservation Authority , the number of tigers in the country has almost doubled in the period from 2014 to 2018-19 . He said that the number of tiger reserves has increased from nine to fifty-two. Shri Yadav said that at present there are two thousand nine hundred 67 tigers in the country, which is 75 percent of the total tiger population in the world . He called upon the people to take a pledge to spread awareness about the conservation of tigers. 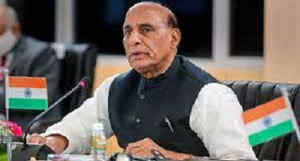 5.To encourage crafts and tourism at one place, 8 craft villages were taken up under ‘Linking Textiles to Tourism’

Major tourist destinations are being linked to handicraft clusters and infrastructure support is being proposed with programs like ‘ Linking Textiles to Tourism ‘ and awareness. In this regard 8 craft villages of Raghurajpur (Odisha), Tirupati (Andhra Pradesh), Vadaj (Gujarat), Naini (Uttar Pradesh), Anegundi (Karnataka), Mahabalipuram (Tamil Nadu), Tajganj (Uttar Pradesh), Amer (Rajasthan)For holistic development, in which craft promotion and tourism development are being done at one place. The crafts will collectively develop the village handcrafts as a sustainable and profitable livelihood option for the artisans and thereby protect the rich artisan heritage of the country. Through this program 1,000 artisans across the country will get direct benefits. This program has also increased the number of tourists visiting these craft villages.

The Union Minister of Environment, Forest and Climate Change, Shri Bhupendra Yadav and the Union Minister of State for Environment, Forest and Climate Change, Shri Ashwini Kumar Choubey , attended the celebration of Global Tiger Day 2022 at Chandrapur Forest Academy , Maharashtra . The two ministers along with other representatives visited the ‘ Tadoba Andhari Tiger Reserve ‘ and appreciated the diversity of its landscape, flora and fauna. The Tadoba Andhari Tiger Reserve has a high number of tigers, which live side by side with the local population. Mr. Yadav M-StripesPraised the dedication spirit of the staff there for patrolling and carrying out legal activities with the help of mobile application named. He also lauded the unique community-based eco-tourism ideal that provides employment to the local people and garners people’s support for the sanctuary. Global Tiger Day celebrations were celebrated at Forest Academy, Chandrapur. 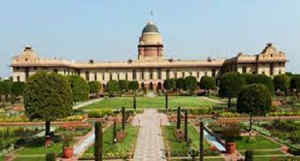 A Parliamentary Delegation from Mozambique led by the Speaker of the Assembly of the Republic of Mozambique, Ms. Esperanca Lourinda Francisco Niuean Bias called on the President, Mrs. Draupadi Murmu at Rashtrapati Bhavan (July 29, 2022) . Welcoming the delegation, the President said that he was pleased to welcome them to Rashtrapati Bhavan as the first international delegation after assuming office on 25 July 2022. He said that India and Mozambique enjoy close friendly relations with high level of regular exchanges between the two countries. The President said that Mozambique is our strategic partner and close ally. Indian companies have invested around US$10 billion in Mozambique’s natural gas and mining sectors.

8.Companies will be able to use CSR funds for ‘Har Ghar Tiranga’ campaign 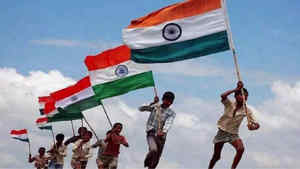 Recently, the government announced for companies to spend CSR funds on activities related to the ‘ Har Ghar Tiranga ‘ campaign. The government is organizing “Har Ghar Tiranga Abhiyan” as a part of Azadi Ka Amrit Mahotsav . The campaign aims to encourage people to hoist the national flag at their home to celebrate the 75th year of India’s independence . Certain classes of for-profit companies shall be allowed at least 2% of their annual average net profit as per the Companies Act, 2013 .It is imperative to shift to CSR activities. As per the government circular, the CSR funds will be spent for activities related to the Har Ghar Tiranga Abhiyan, including mass production and supply of the national flag, promotion efforts and other related activities. These activities are eligible for CSR funds as per the provisions of Schedule VII of the Companies Act. Schedule VII deals with promotion of education related to culture and CSR activities.

Mexico has been placed at the top position in terms of migrants in the “ Expat Insider 2022 Survey ” . It is followed by Indonesia and Taiwan . The Expat Insider 2022 survey was conducted by InterNations from February 1 to 28, 2022 . This survey 52 countrieswas held in. The top 10 countries for expatriates are: Mexico, Indonesia, Taiwan, Portugal, Spain, UAE, Vietnam, Thailand, Australia and Singapore (in that order). Expatriates are happy with personal finance in Mexico. But they are unhappy with the low quality of life in Indonesia. In Taiwan, they find high quality of life, ease of personal finances and ease of settling down. The US is ranked 14th, Canada at 23rd, while the United Kingdom is ranked 37th, down from India (36th) . The bottom 10 countries for expatriates are Kuwait, New Zealand, Hong Kong, Cyprus, Luxembourg, Japan, South Africa, Turkey, Italy and Malta. Hong Kong, New Zealand and Kuwait have become the worst places for migrants.

10.BSNL and BBNL will be merged 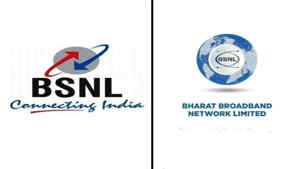 The Union Cabinet has recently approved the merger of Bharat Broadband Network Limited (BBNL) with Bharat Sanchar Nigam Limited (BSNL) .Approved. BSNL will work as the executive branch of the government and the assets will be owned by the government. Presently, BSNL has an optical fiber cable network of over 6.83 lakh kms. With the merger of BSNL and BBNL, BSNL will get 5.67 lakh km of additional optical fiber. 67 lakh km of optical fiber has been laid in 1.85 lakh gram panchayats of India using Universal Service Obligation Fund (USOF). USOF is a strong reserve of Rs 55,000 crore, designed to provide connectivity to rural and remote areas of India. The merger of BBNL with BSNL was first announced in April 2022. BBNL is a Special Purpose Vehicle (SPV), which was set up to implement the BharatNet project. 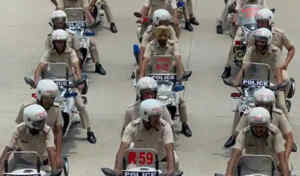 Haryana Chief Minister Manohar Lal Khattar launched Smart E-Beat in Gurugramstarted of. 119 motorbike riders of the police will patrol the entire city. He flagged off 119 motorcycle riders of the police connected with this system. These riders will be monitoring every corner of the city. The Chief Minister said that with this launch, the beat system of the police has been completely digitised. The new e-beat system will cover all 33 police station areas located in urban areas. In these, 119 motorcycle riders will be deployed. There will be two policemen on each motorcycle rider. In this sense, 714 policemen will give duty on the rider in three shifts a day. Police have identified 2056 vulnerable places in the city, including ATMs, petrol pumps, senior citizens’ homes, colleges, crime-affected areas, etc.

12.Roshni Nadar is India’s richest woman for the second year in a row 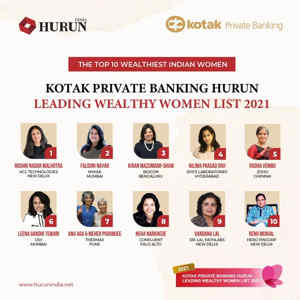 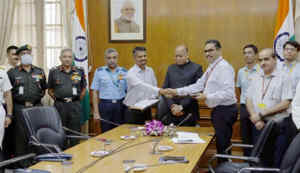 IDEX (Innovations for Defense Excellence) , a flagship initiative of the Department of Defense Production , Ministry of Defence, has achieved a milestone by signing its 100th contract on July 26, 2022 . The Idex Framework was launched in 2018 by Hon’ble Prime Minister Shri Narendra Modi with the objective that it will provide a platform for co-creation and co-development in the defense sector, connect start-ups to contribute in the defense sector and promote defense and security in the country. Will develop the aerospace setup. Idex is being implemented by the Defense Innovation Organization (DIO) under the Department of Defense Production, Ministry of Defence.

The Reserve Bank of India (RBI) has permitted Piramal Enterprises to commence business as an NBFC . A license is required to start an NBFC that does not accept public deposits. RBI has provided a certificate of registration to the company from which it can start functioning as a non-banking financial institution without taking deposits from the general public.

15.HDFC Bank will join the club of top 10 banks in the world after the merger.

The Telecom Regulatory Authority of India (TRAI) has conducted 5G preparedness trials at Bhopal Smart City, GMR International Airport in New Delhi, Deendayal Port Kandla and Namma Metro Bengaluru . TRAI said that the pilot project was started in view of the small cell testing. TRAI said in a release that it is testing the 5G network at four locations across the country. With this, GMR International Airport has become the first airport in the country to have tested 5G readiness. Let us tell you that this test has been done keeping this purpose in mind, so that there is no problem in the connectivity of 5G. 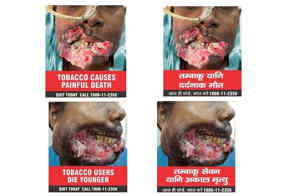 According to the Asian Cricket Council (ACC) , the Asia Cup 2022 will now be held in the United Arab Emirates (UAE) . Earlier this event was to be held in Sri Lanka . However, due to the economic crisis in the island nation, the tournament has been moved to the United Arab Emirates. But the hosting rights of the game will still remain with Sri Lanka. This tournament will be played in T20 format from 27 August to 11 September 2022. This is the second time in a row that this tournament will be played in the UAE. India last captured the title in 2018 by defeating Bangladesh. At that time the command of the Indian team was in the hands of Rohit Sharma. Let us tell you that the Asia Cup has been organized thrice in the UAE before and Team India has won every time. 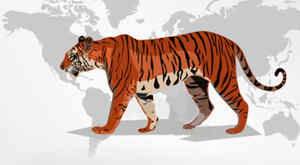 International Tiger Day is celebrated every year on 29 July . The main purpose of celebrating this day is to spread awareness for the conservation of tigers and to save their endangered species at the global level. Its goal is to promote a global system to protect the natural habitats of tigers and to increase public awareness and support for tiger conservation issues. This year’s theme for International Tiger Day 2022 is ” India launches Project Tiger to revive the tiger population “.