2. Target to make Ladakh an organic union territory by 2025

3. MasterCard Asia-Pacific Pvt Ltd will not be able to issue MasterCard to new customers from 22nd July 2021

6. Senior leader of Bharatiya Janata Party and Union Minister Piyush Goyal is the new leader of the house in the Rajya Sabha 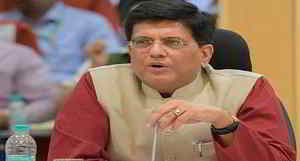 7. Dearness Allowance of Central employees and pensioners increased from 17 percent to 28 percent

8. UAE becomes the first country in the Gulf to open an embassy in Israel 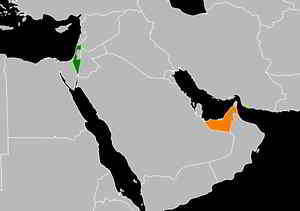 United Arab Emirates – The UAE has become the first Gulf country to open an embassy in Israel . The UAE Ambassador praised the trade and investment opportunities and expressed the hope that the flag hoisting ceremony will strengthen relations between the two countries. The President of Israel attended the ceremony. The UAE Embassy is located in Tel Aviv’s stock exchange and was inaugurated last month by Israel’s ambassador to the United Arab Emirates.

9. Tourism Minister Kishan Reddy stresses on the importance of BRICS countries having a good understanding of each other’s tourism products 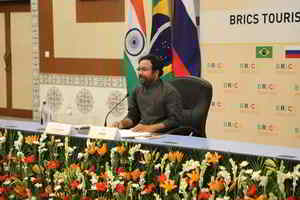 Tourism Minister G. Kishan Reddy said that general tourism products like heritage and culture tourism and eco-friendly tourism in BRICS countries present an opportunity for greater cooperation. He was presiding over the meeting of BRICS Tourism Ministers . He also emphasized the importance of BRICS member countries to have a good understanding of each other’s tourism products and offerings in order to encourage tourist arrivals and development among them.

10. Cotton bales from India were sent to Bangladesh by rail for the first time

14. Report on ‘State of Food Security and Nutrition in the World 2021’ released

18. Billions of people could be affected by malaria, dengue due to global warming: Study