1.Who has been honored as the World’s Best Playmaker 2016 on December 29, 2016, by the International Federation of Football History and Statistics (IFFHS)?
A.Toni Kroos
B.Andrés Iniesta
C.Lionel Messi
D.Riyad Mahrez

7.Name the two new Hindi writers who have been conferred with the 2016  Bharatiya Jnanpith Navlekhan Award on December 29, 2016?
A.Tasneem Khan and Upasana
B.Vishnu Nagar and Govind Prasad
C.Shraddha and Ghyansham Devansh
D.Madhusudan Anan and Om Nischal

8.Who has been conferred with the ‘Power & Energy Persona’s Award for Individual Excellence’ at the 10th ENERTIA Awards 2016 –India and South Asia’s awards for excellence in sustainable energy and power on December 29, 2016?
A.R N Khazanchi
B.K M Singh
C.D.K. Jain
D.Yogendra Prasad

9.Which e-commerce firm has planned to launch an “Airborne Fulfillment Center” (AFC) to deploy Drones for delivering its items in minutes?
A.Amazon
B.Snapdeal
C.Alibaba
D.Flipkart

10.Petronet, India’s largest LNG importer, has signed an agreement with which country on December 30 to set up $950 million Liquefied Natural Gas import project in that country?
A.Kyrgyzstan
B.Afghanistan
C.Pakistan
D.Bangladesh

12.Which country has announced a plan to ban all ivory trade and processing activities in the country by the end of 2017?
A.China
B.USA
C.South Africa
D.Russia

14.PM Modi on December 31 has announced to increase the number of houses to be built under the Pradhan Mantri Awaas Yojana in rural areas by what percent?
A.30 Percent
B.32 Percent
C.33 Percent
D.35 Percent

16.What is the new Credit Guarantee limit for Micro Small and Medium Enterprises as decided by the Union Government on December 31, 2016?
A.1 Crore
B.2 Crore
C.5 Crore
D.7 Crore

17.What percent of interest has been decided by the Centre for the Senior Citizens on their deposits of up to 7.5 lakhs for 10 years?
A.8 Percent
B.7 Percent
C.4 Percent
D.5 Percent

18.Prime Minister Modi on December 31 has announced to convert how many Kisan Credit Card into RuPay card in the next 3 months?
A.7 Crore
B.5 Crore
C.10 Crore
D.3 Crore

19.What percent of rebate on interest would be provided for home loan up to Rs. 9 Lakh by urban poor in 2017?
A.3 Percent
B.4 Percent
C.1 Percent
D.2 Percent

21.The Central Government has recently permitted how many Public Sector Banks to raise Rs 2,914.038 crore from market to strengthen their capital base?
A.12
B.15
C.13
D.11

24.With which country India exchanges a list of nuclear installations and facilities every year on January 1 under an agreement that prohibits the two countries to attack each other’s atomic facilities?
A.Afghanistan
B.Russia
C.China
D.Pakistan

25.Who has been honored with the Nishan-e-Imtiaz, a civil decoration organized by Pakistan to recognize valuable services for the country?
A.Shafi ur Rahman
B.Rashad Mahmood
C.Qamar Javed Bajwa
D.Muhammad Salman Faruqui

26.Which state has banned the use of Purse Seine Nets for fishing across the state from January 1, 2017 to safeguard a Fingerlings fish species?
A.West Bengal
B.Kerala
C.Maharashtra
D.Andhra Pradesh

30.Which bank has partnered with CNX Corporation (CNX) to provide collateral management services for the loans sanctioned to the farmers against warehouse receipt?
A.Indian Bank
B.Bank of Maharashtra
C.Bank of Baroda
D.State Bank of India

32.Name the BCCI President who has been recently removed by the Supreme Court for violating its order of implementing Lodha Committee’s Recommendations.
A.Chetan Chouhan
B.Anurag Thakur
C.Dilip Vengsarkar
D.Niranjan Shah

37.Which former cricketer has joined as an assistant in the Australian coaching staff to prepare the team for the coming Twenty20 series against Sri Lanka?
A.Shane Warne
B.Brett Lee
C.Ricky Ponting
D.Adam Gilchrist

39.A leap second was added to the Indian clock on January 1, 2017 to synchronize the Indian Standard Time (IST) with the Earth’s Rotational Clock. Who is the in charge to add leap seconds to atomic clock?
A.Indian Institute of Space Science and Technology (IIST)
B.National Aeronautics and Space Administration (NASA)
C.National Physical Laboratory (NPL)
D.Aryabhatta Research Institute of Observational Sciences (ARIES)

40.A Supreme Court Bench on January 1, 2017 ruled out that Seeking votes in name of cast, religion or language is ‘corrupt practice. Who was the head of the bench?
A.TS Thakur
B.Sharad Bobde
C.Madan Lokur
D.DY Chandrachud 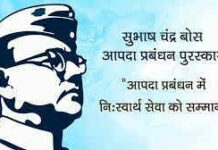