1.What is the rank of India among the countries offering the highest average annual salary to expatriates on the basis of HSBC Expat survey 2016?
A.Fourth
B.First
C.Second
D.Third

2.Sports Ministry constituted a committee on January 2, 2017 to suggest improvements in the National Sports Development Code. Who will be the head of the Committee?
A.Mani Shankar Aiyar
B.Ajay Maken
C.Injeti Srinivas
D.Mr Vijay Goel

5.Which country has signed an agreement with India to release the fishermen in each other’s custody and find permanent solution to the fishermen issues?
A.Nepal
B.Sri Lanka
C.Malaysia
D.Bangladesh

7.What is the theme of the 5-Day Indian Science Congress 2017?
A.Science and National Welfare
B.Science in the Service of Nation
C.Scientific Institutions and Scientists
D.Science and Technology for National Development

13.Coca-Cola India has partnered with which bank to educate the retailers on digital transaction?
A.Oriental Bank of Commerce
B.State Bank of India
C.Punjab National Bank
D.Bank of Baroda

14.Who has recently been appointed as the Ambassador of India to the Oriental Republic of Uruguay?
A.Navtej Sarna
B.Yashvardhan Sinha
C.Ruben Azar
D.Sanjiv Ranjan

19.H S Mahadev Prasad who died of a massive heart attack on January 3, 2017 was the Minister of which state?
A.Karnataka
B.Madhya Pradesh
C.Haryana
D.Andhra Pradesh

20.The Union Government has kept interest rates on Small Savings Schemes unchanged for the fourth quarter of 2016-17. What is the interest rate on Kisan Vikas Patra?
A.8 Percent
B.7.7 Percent
C.6.5 Percent
D.4 Percent

21.Name the android app recently launched by Government of India that has topped the chart of Google Play Store to become the most famous app in the country.
A.BHAV
B.BHAGYA
C.BHIM
D.BHARAT

23.On January 4, 2017, the Union Cabinet has given its approval to sign an agreement for cooperation in the field of Agriculture and allied sectors with which country?
A.Kenya
B.Uruguay
C.Portugal
D.Both A & B

24.Government has recently approved new Ganga Cleaning Projects. As per the approval, new Sewage Treatment Plant would be set up in which cities?
i.Rishikesh
ii.Haridwar
iii.Varanasi
iv.Mathura
A.Only i & ii
B.Only iii & iv
C.Only ii & iii
D.All of the above

25.The Union Ministry of Urban Development has started the Swachh Survekshan 2017 from January 4, 2017 to encourage competition for improving sanitation standards. How many cities would be covered under the Survey?
A.450 Cities
B.300 Cities
C.250 Cities
D.500 Cities

26.Which among the given states has signed an agreement with the Power Ministry to join the UDAY Scheme on January 4, 2017?
A.Gujarat
B.Assam
C.Punjab
D.Manipur

27.Name the country which has announced first-of-its-kind initiative to offer some basic pay to unemployed citizens every month selected on random basis.
A.Norway
B.Russia
C.Finland
D.Sweden

29.As per the decision of the leading Indian Oil Firms how much discount would be provided to the people who make payment online for their liquefied petroleum gas cylinders?
A.Rs.4.5
B.Rs.3
C.Rs.2.5
D.Rs.5

33.Who has been inducted as the 82nd player into the International Cricket Council’s Hall of Fame on January 3, 2017?
A.Wasim Akram
B.Shane Warne
C.Arthur Morris
D.Steve Waugh

35.A Mobile App has been developed by the District Administration of Ludhiana to conduct fair and transparent election in the district. Name the App.
A.ECILUD
B.ECI360
C.ECIPUN
D.ECI180 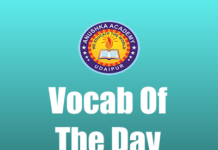 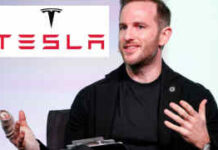