2.The Indian Railways has signed a Joint Venture Agreement with which state on January 20, 2017 for the development of railway infrastructure in the State?
A.Jharkhand
B.Karnataka
C.Uttar Pradesh
D.Bihar

7.What is the name of the new Index to be developed by NITI Aayog together with World Economic Forum for measuring the innovation performance of the Indian states?
A.Most Innovative State Index
B.Innovative India Index
C.Innovation Measuring Index
D.India Innovation Index

8.The Indian railway has decided to set up Railways of India Development Fund (RIDF) worth _______to support commercially viable projects in railway sector in India.
A.$5.6 billion
B.$5 billion
C.$3.9 billion
D.$2.5 billion

10.The GST Council has decided to make tax evasion of how much amount as bialable offense so as to reduce the penal provision of the GST regime?
A.Rs. 1.5 Crore
B.Rs. 1 Crore
C.Rs. 1.5 Crore
D.Rs. 2 Crore

11.Which Indian e-commerce company has been ranked as the most trusted brand in The Indian E-tailing Leadership Index 2017?
A.Amazon
B.Flipkart
C.Snapdeal
D.Jabong

13.Technology giant Microsoft has acquired which company on January 17, 2017 to accelerate innovation in enabling 3D for Everyone vision of Microsoft?
A.Simplygon
B.PixelAura
C.VizUp
D.Umbra

15.Which device has been developed by the researchers that encase heart and gently squeeze to enable the weak heart to pump blood?
A.Plastic Heart
B.Robotic Sleeve
C.Electronic Pacemaker
D.Digital Pumping Device

16.Which digital payment firm has launched a Mutual Fund platform in partnership with the Reliance Mutual Fund on January 20, 2017?
A.FreeCharge
B.Paytm
C.Oxigen
D.Paypal

17.Which Indian has been appointed as the member of the FIFA’s finance committee on January 20, 2017?
A.Gurpreet Singh Sandhu
B.Praful Patel
C.Sunil Chhetri
D.C K Khanna 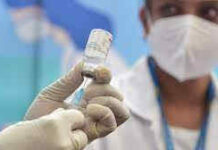