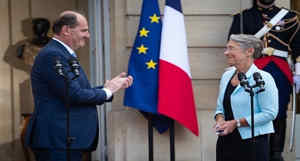 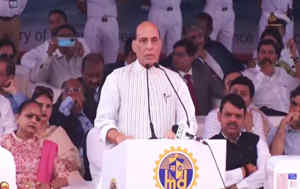 Raksha Mantri Shri Rajnath Singh with two frontline warships of the Indian Navy – INS Surat and INS Udayagiri at Mazagon Dockyard Limited (MDL), Mumbai on May 17, 2022 .commissioned. INS Surat is the fourth guided missile destroyer of the P15B class, while INS Udayagiri is the second stealth frigate of the P17A class. Both the warships are in-house designed by the Directorate of Naval Design (DND) and built at MDL, Mumbai. INS. Surat is the fourth destroyer in Project 15B named after the second largest commercial hub in western India. While the INS Udayagiri is the third ship under Project 17A frigates, named after mountain ranges in Andhra Pradesh.

3.The Election Commission of India will lead the democratic group regarding election inclusiveness with the participation of one hundred democratic countries 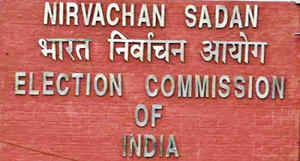 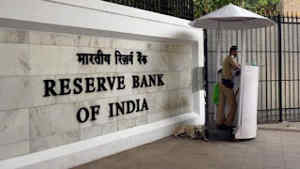 Sweden has decided to join NATO following the path of neighboring Finland and will formally apply for it. Finland and Sweden have changed their stance to remain neutral in the wake of the Russian attack on Ukraine. NATO Secretary-General Jens Stoltenberg has said the Nordic countries would be welcome in the alliance. However, this process can take several months after their formal applications are sent. NATO was established in 1949 . Sweden and Finland joining NATO will increase the alliance’s influence in the Arctic and the regions around Russia. 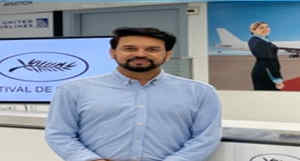 The prestigious Cannes Film Festival 2022 has begun in France and will continue till May 28. The Indian delegation at the red carpet event of the 75th Cannes Film Festival will be attended by Information and Broadcasting Minister Anurag Thakur , along with composers AR Rahman and Nawazuddin Siddiqui . India has been given the status of a country of honor in the festival . This is the first time a country has been given such an honor. This honor has been given at a time when India is celebrating the Amrit festival of its independence. India has been given the opportunity to screen five selected films in the “Goes to Cannes section”. 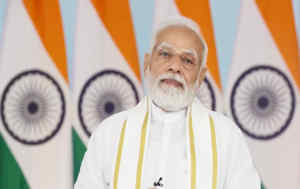 8.The International Monetary Fund raised the weighting of the yuan in the special drawing rights currency basket

Recently the International Monetary Fund increased the weighting of the yuan in the Special Drawing Rights currency basket ., prompting China’s central bank to pledge to further liberalize its financial markets. The IMF, in its first regular review of the SDR valuation since the Chinese currency’s inclusion in the basket in 2016, raised the yuan’s weighting from 10.92% to 12.28%. The US dollar gained weight from 41.73% to 43.38%, while the euro, the Japanese yen and the British pound declined. The ranking of the weightings of currencies is the same after the review, with the yuan remaining in third place. The change comes amid the rapid depreciation of the yuan since late April as it faces the double whammy of slowing domestic growth due to the Covid-induced lockdown and capital outflows and its broad monetary policy divergence with the US. 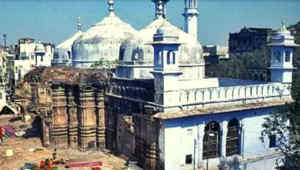 The Supreme Court will hear a plea challenging a Varanasi civil court order to conduct a videography survey of the Maa Shringargauri site in the Kashi Vishwanath Temple-Gyanvapi Masjid complex . The main argument is that the Varanasi Court order which was upheld by the Allahabad High Court is “explicitly prohibited” by the Places of Worship (Special Provisions) Act, 1991 . This Act prevents/maintains the status of any place of worship/worship in the same condition as it was on 15th August, 1947 . The disputed site in Ayodhya was exempted from this act . Due to this exemption, the hearing continued in the Ayodhya case even after the implementation of this law. Apart from the Ayodhya dispute, the Act also exempts these:

In fact, five women had approached the Varanasi court seeking permission to worship at the Shringar Gauri temple, located in the premises of the Gyanvapi mosque next to the Kashi Vishwanath temple. On the demand of the women, the court had ordered a survey to be conducted here. The premises have been sealed after they claimed to have found Shivling. This matter has also reached the Supreme Court. 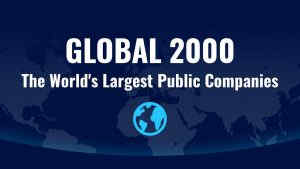 Announced the Forbes Global 2000 list of public companies around the world by 2022. The Forbes Global 2000 ranks the world’s largest companies using four metrics: sales, profit, assets and market value . Billionaire Mukesh Ambani ‘s Reliance Industries Ltd has climbed two places to 53rd position in the Forbes’ Global 2000 list of public companies by 2022 . Reliance is the top-ranked Indian firm in the list, followed by State Bank of India at 105th, HDFC Bank at 153rd and ICICI Bank at 204th. Berkshire HathawayRanked No. 1 for the first time since Forbes began publishing Global 2000 in 2003, Industrial and Commercial Bank of China, which moved to No. 2 after nine consecutive years at the top of the list. Saudi Arabia’s oil company (Saudi Aramco) secured the third position. 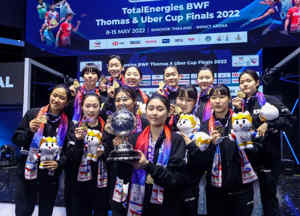 Korea defeated defending champions China in a thrilling final to clinch the Uber Cup title for the second time at the Impact Arena in Bangkok, Thailand . China faced Korea to win the title for the 16th time in the famous team tournament, tying twice in a match that lasted almost 90 minutes. In the deciding singles match, Korea’s 46th-ranked Sim Yu-jin faced 15th-placed Wang Xie of China, in the final 2–2. The 23-year-old Sim defeated Wang 28-26, 18-21, 21-8 in a match of one hour and 28 minutes. 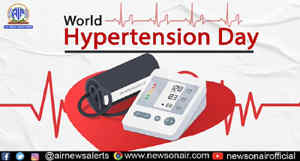 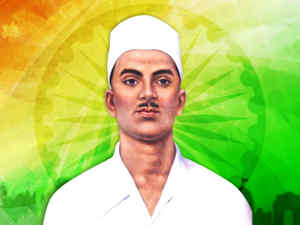 On May 15, 2022, the birth anniversary of the famous Indian revolutionary Shaheed Sukhdev was celebrated across the country. Sukhdev (1907–1931) was one of the famous Indian revolutionaries who played an important role in India’s freedom struggle . Sukhdev was born on 15 May 1907 in Ludhiana, Punjab.Happened in. During his childhood, Sukhdev witnessed the brutal atrocities committed by the British Raj on India, which inspired him to join revolutionary activities. Sukhdev was a member of Hindustan Socialist Republican Association (HSRA). He also started the ‘Naujawan Bharat Sabha’ in Lahore along with other famous revolutionaries, whose primary goal was to end communalism among the youth and inspire them to take part in the freedom struggle. Sukhdev, Bhagat Singh and Shivram were associates of Rajguru, who were involved in the murder of the Deputy Superintendent of Police, John Saunders in the year 1928. After the Central Assembly Hall bombing in New Delhi (April 8, 1929) Sukhdev and his associates were arrested and convicted and sentenced to death for the crime. On March 23, 1931, three brave revolutionaries- Bhagat Singh, Sukhdev and Rajguru were hanged by the British government. Although his life inspired countless youth and his death set an example for him.