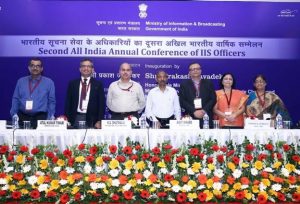 The Second All India Annual Conference of Indian Information Service Officers was organized at Pravasi Bhartiya Kendra in New Delhi today.The Conference was organized with a view to attain greater integration of all Media Units under the Ministry of Information & Broadcasting in order to further amplify government communication.The Conference included sessions on Adoption of Integrated and Theme Based Communication Approach; Regional Expansion of Social Media and use of Integrated Dashboard.And also the Adoption of Government Communication Impact Assessment Framework; Roadmap for celebration of 550th Anniversary of Guru Nanak.150th Anniversary of Mahatma Gandhi, 75 Years of India’s Independence and Golden Jubilee Edition of International Film Festival of India. A Performance Review of Media Units under the Ministry of Information & Broadcasting was also conducted during the Conference 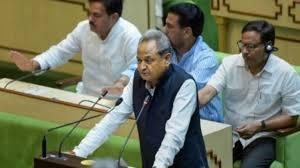 Rajasthan legislative assembly passed two important bills to curb honour killings and Mob Lynching in the state on Monday.‘The Rajasthan Protection from Lynching Bill, 2019‘ and ‘The Rajasthan Prohibition of Interference with the Freedom of Matrimonial Alliances in the Name of Honour and Tradition Bill, 2019’ was passed by the assembly.With a voice vote amid vociferous protest by the opposition BJP, which wanted the Bill to be referred to select committee?Our correspondent reports that Severe Punishment provisions have been made for the convicts in both the bills.Rajasthan has become the second state after Manipur which passed a law to curb lynching cases. Provision of Life term imprisonment and a fine up to Rupees 5 lakh to convicts in cases of mob lynching has been made in the bill 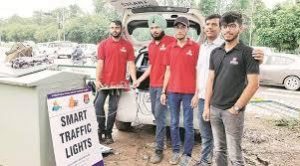 In a first-of-its-kind initiative in the country, Mohali traffic police have launched 3-D Smart Traffic Signaldevised by the students of a Chandigarh universityThe wireless system, called ‘Intelights’, has been installed at the traffic crossing near the Airport Road, on a pilot project basis, and will regulate traffic signals with a smart bird’s eye view wireless sensor system.The system, which was devised by the students over three years of intensive research, was in the test trial phase for the last eight months before its final launch.The team worked to develop one-of-its-kind, real-time solution for defending ‘Green Corridors’ for ambulances while controlling the movement of vehicles on roads.Intelights proposes a 360-degree solution to curb the rising problem of traffic congestion. One of the major reasons for traffic congestion is the inefficient working of traffic signal timers installed at intersections.The system uses existing CCTV cameras to gather live traffic video feed, and automatically evaluates the traffic density using Artificial Intelligence, and sets the signal timers accordingly. 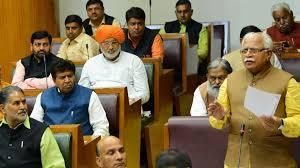 Haryana Assembly today passed a resolution by voice vote to support and thank the Central government for deciding to repeal Article 370 of the Constitution granting special status to J&K.Bifurcation of the state into two Union territories – Jammu and Kashmir, which will have a legislature, and Ladakh, which will be without a legislature. Leader of the house Haryana Chief Minister Manohar Lal presented the resolution in the house.Prior to it, Parliamentary Affairs Minister Ram Bilas Sharma informed the house about the development and appealed to the house to pass a resolution in this regard.Congress MLAs raised some questions but later supported the resolution by not voting against it. 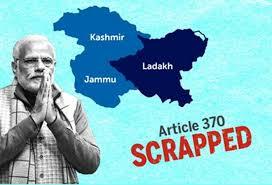 6.Jammu And Kashmir Reorganisation Bill 2019 To Be Tabled In LS :- 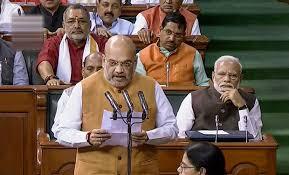 7.EAM S Jaishankar To Embark On 3-Day Visit To China:- 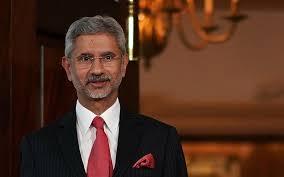 External Affairs Minister Dr. S Jaishankar will be paying a three-day visit to China from 11th of this month.This will be Dr S Jaishankar’s first visit to China after assuming office.During the visit, the External Affairs Minister along with his Chinese counterpart Wang Yi will co-chair the second meeting of the India-China High-Level Mechanism on Cultural and People-to-People exchanges in Beijing on 12th of this month.Dr Jaishankar will also exchange views with Mr Wang Yi on the entire gamut of our bilateral relations- including upcoming high-level visits later this year, as well as regional and global issues of mutual interest. 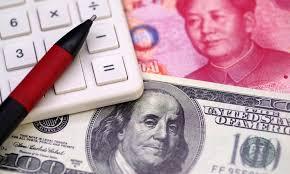 The United States has designated China a “currency manipulator“, a move that could escalate the tense trade relations between the two nations.During the 2016 presidential elections, Donald Trump had promised to label China as a currency manipulator, but the Department of Treasury kept the country on its watch list, declining to take the step.Treasury Department last night announced that Secretary Steven Mnuchin, under the auspices of President Trump, has determined that China is a ‘Currency Manipulator’.Mnuchin, after this decision, will engage with the International Monetary Fund to eliminate the unfair competitive advantage created by China’s latest actions, the treasury said.The treasury department alleged that China has a long history of facilitating an undervalued currency through protracted, large-scale intervention in the foreign exchange market.

9.Trump Orders Freeze On All Venezuelan Government Assets In US:- 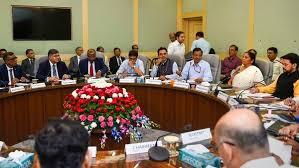 Union Finance Minister Nirmala Sithraman has asserted that the major Indian banks have committed to step up affordable and hassle-free credit, with a special focus on the Micro, Small and Medium Enterprises and consumer finance sectors.As part of this, banks have decided to increase the in-principle approval limit for contactless digital lending to MSMEs on the PSB59minutes.com portal up to five crore rupees.They would also be expanding the contactless digital lending facility to retail products for personal, vehicle and home loans.The Finance Minister took a review of the performance of the banks with the top management of Public Sector Banks and major Private Sector Banks in respect of matters relating to the growth of credit in various important sectors of the economy.It was the first meeting in the series concerning the banking sector which would be followed by separate meetings with the stakeholders in different sectors including MSMEs, automobile, industry associations, financial markets, and real estate and home buyers. 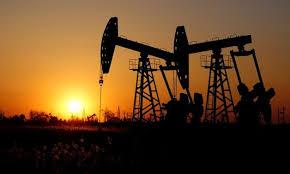 Oil prices today fell on global growth concerns after U.S. President Donald Trump threatened China with more tariffs, which could limit crude demand from the world’s two biggest buyers.Brent crude prices, in intraday trade, were trading around 61 dollars and 10 cents per barrel.WTI prices were at around 55 dollars per barrel when reports last came in.

Australia beat England by 251 runs to win the first Ashes Cricket Test at Edgbaston .England, set a target of 398 to win, collapsed to 146 all out on the last day, with Australia off-spinner Nathan Lyon taking six wickets giving 49 runs and fast bowler Pat Cummins four for 32.The Victory gave Australia a 1-0 lead in the five-match series 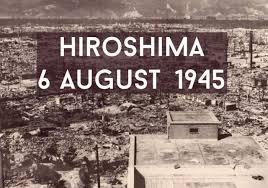 On August 6 every year, Hiroshima Day is observed. This is a day of remembrance of the first atomic bombing of the world by the United States in the city of Hiroshima.It is not a day of celebration but a day of remembrance. There are several events organized to remember the nuclear on Hiroshima as well as Nagasaki.The majority of events include making people aware of nuclear attacks, reading, ringing peaceful bells, silence and prayers.On this day, the peaceful ceremony is organized and in 2019, it will be organized at the Hiroshima Peace Memorial Park.To remember the first atomic attack, approximately 50,000 local citizens, reporters, travelers, and ambassadors meet.Not only, is this but Lantern Ceremony also organized on this day where lanterns carrying written messages of peace are sent into the river.