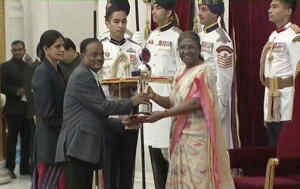 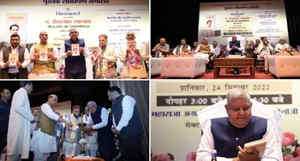 Vice President Jagdeep Dhankhar released a book, Pandit Deendayal Upadhyay – Life Darshan and Contemporary , at an event in New Delhi . The chief editor of the book is Dr. Bajrang Lal Gupta . Referring to Pandit Deendayal, Shri Dhankhar said that education is an investment. An educated person can serve the society in a better way. He said that the New Education Policy 2020 has been prepared on this basis. In India, Antyodaya Diwas is celebrated on 25 September every year to mark the birth anniversary of Pandit Deendayal Upadhyaya .

3. Use of RTIS technologies by Indian Railways to track trains 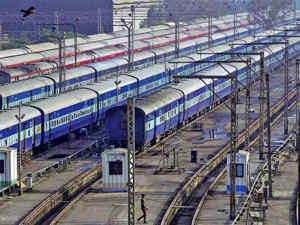 The Real Time Train Information System (RTIS) , developed in collaboration with ISRO , is being installed in locomotives to automatically capture train movement timings at stations including arrival and departure or rehearsal . Control Office Application (COA) SystemIn this, they automatically prepare the table on the control chart of those trains. RTIS provides mid-section updates at 30 second intervals. Train Control can now more closely monitor the location and speed of RTIS enabled locomotives/trains without any human intervention. RTIS equipment for 2700 locomotives has been installed in 21 Electric Loco Sheds. As part of the second phase roll out, 6000 more locomotives will be inducted in 50 loco sheds using ISRO’s SATCOM hub. Presently, about 6500 locomotives (RTIS and REMMLOT) are being directly hauled to the Control Office Application (COA). 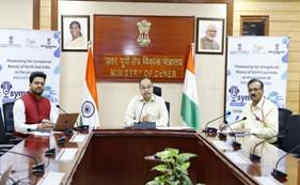 The Union Minister for Development, Tourism and Culture of the North Eastern Region, Shri G. Kishan Reddy inaugurated the two-day virtual conference ‘ Symphone ‘. This virtual conference ‘Symphone’ is being organized by the Ministry of Development of North Eastern Region on the occasion of World Tourism Day on 24 and 27 September 2022 . The objective of this two-day conference is to showcase the unseen beauty of Northeast India and prepare a roadmap for promoting tourism sector in the North Eastern region. The program will include ideas, discussions and suggestions from thinkers, policy thinkers, social media influencers, tourism operators and senior officials from the Ministry of Donor and various states.

The Assam government will engage 2.5 lakh water messengers for creating awareness on water conservation and related issues . Director of Jan Jeevan Mission, Kailash Karthik N said that ten students of class IX to X will be engaged as water messengers in every scheme of the mission. He said that the selected students would participate in a two-day workshop in which information about water sanitation and health would be given. Shri Karthik further said that these students will visit the field to know about the working of piped water supply system. They will also be given test kits to monitor the water quality.

6. The members of the L-69 group held a high-level meeting in New York to discuss the comprehensive reform of the United Nations Security Council. 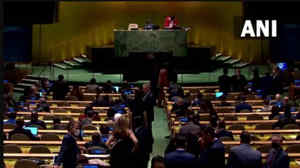 The members of the L-69 group held a high-level meeting in New York to discuss comprehensive reforms in the United Nations Security Council . The meeting, which took place on the sidelines of the 77th session of the United Nations General Assembly , was chaired by Ralph Gonsalves , President of the Group and Prime Minister of St. Vincent and the Grenadines . External Affairs Minister Dr. S. JaishankarHe was the co-organizer of this meeting. The member states involved in the meeting called for making the scope of the Security Council more inclusive so that its form can be more representative of contemporary global realities. The L-69 includes developing countries in Africa, Latin America, Asia and the Pacific, which aspire to broaden the nature of the Security Council.

7. The 20th meeting of the Prosecutors General of the member countries of the Shanghai Cooperation Organization was held in Kazakhstan 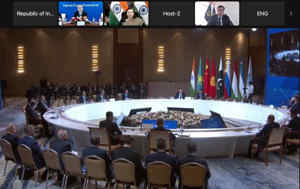 The Ministry of Environment, Forest and Climate Change is launching the Clean Air Survey . This is being started keeping in mind the target of reducing air pollution by 40 percent by 2025-26 . For this survey, 131 cities were divided into three groups on the basis of population.is divided into. The first group consists of 47 cities with a population of more than one million. The second group consists of 44 cities with populations ranging from three to one million. The third group includes 40 cities with a population of less than three lakhs. The cities will have to do self-assessment on the online portal of the ministry. Cities must report activities and measures such as solid waste management, construction material and debris management, and pollution reduction. This assessment is done every year. The ministry announced the survey during the last leg of the two-day National Conference of Ministers of Environment, Forest and Climate Change at Ekta Nagar in Gujarat. This conference was inaugurated by Prime Minister Narendra Modi through virtual medium.

9. Private Security Agency (PSA) security personnel to be deployed in place of CISF for non-core functions at 60 airports 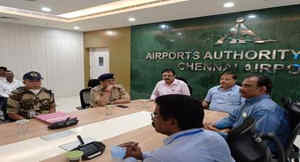 As per the decision of the Central Government, 1924 security personnel of Private Security Agency (PSA) will be deployed in place of Central Industrial Security Force (CISF) in 60 non-core duty posts at 60 airports. This decision will reduce the security expenditure and these CISF personnel can be deployed at other airports, which will further strengthen the security system. This will further help in the operation of new domestic and international airports.

Hon’ble Raksha Mantri had launched ” Mehar Baba Competition-II ” at Air Headquarters (Vayu Bhawan) on 6th April, 2022 to promote the incremental indigenous drone industry . The objective of this competition is to develop technology for ” Swarm Drone Based System for Detection of Foreign Objects on Aircraft Operating Surfaces “. The competition is named after the famous Air Commodore MVC, DSO Meher Singh – fondly known as Meher Baba . The first edition of this competition was started in October, 2018 and concluded in October, 2021. 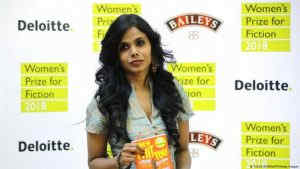 Indian poet, fiction writer, translator and activist Meena Kandasamy has been announced as the recipient of the 2022 Hermann Kesten Prize , given by the Penn Center in Darmstadt , Germany . The award is given to Kandasamy in recognition and recognition of his support for the rights of aggrieved writers. It also recognizes his works on issues of caste, ethnic oppression and gender. 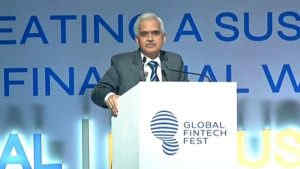 Reserve Bank of India (RBI) Governor Shaktikanta Das has launched three new digital payment initiatives to promote digital transactions . At the Global Fintech Fest 2022 held in Mumbai, RBI Governor has launched RuPay Credit Card , UPI Lite and Bharat BillPay cross-border bill payment solutions service on UPI. It is believed that after the start of these services, 300 million more new people will be able to join this system of digital payment. Shaktikanta Das said that the RBI is ready to support the innovation of FinTech companies in all respects keeping in mind the safety of the customers. 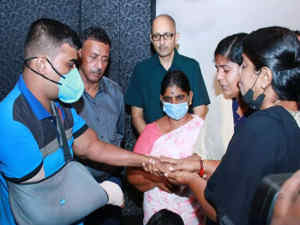 For the first time in the country, the full arm of two patients has been transplanted . Amrita Hospital in Kochi , Kerala has created this history. One of the patients in whom the arm has been transplanted is Iraqi national Yusuf Hassan Saeed Al Juwaini. The second is Amaresh of Karnataka. Both of them had lost both their hands due to electric current. The surgery was performed by a team of 20 surgeons and 10 anesthetists led by Dr. Subramanian Iyer and Dr. Mohit Sharma. 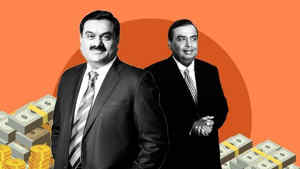 Gautam Adani has also topped the Rich List released by IIFL Wealth Hurun India for the year 2022 with a net worth of Rs 10.94 lakh crore . Whereas Mukesh Ambani , who was at number one in the list last year, has reached number two in this year’s list with assets of Rs 7.94 lakh crore . The wealth of Asia’s richest person has increased due to the rise in the shares of Adani Group companies. In the last one year, Adani’s assets have increased by Rs 5.88 lakh crore, which is an increase of 116 per cent. 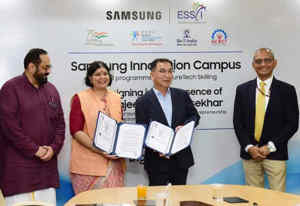 Samsung has launched its CSR program ‘ Samsung Innovation Campus ‘ in India. This program will help the youth to prepare themselves for future technology areas like AI, IoT, Big Data and Coding & Programming . At the same time, Samsung is working closely with the government in its mission to empower the youth of the country and #PoweringDigitalIndia , reiterating its commitment to be a strong partner of India .

16. Hero MotoCorp ties up with HPCL to set up EV charging infrastructure 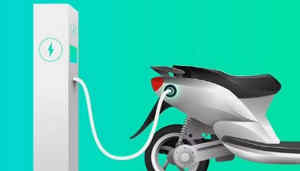 Two indigenously designed and built Diving Support Vessels (DSVs) of the Indian Navy ‘ Nistar ‘ and ‘ Nippur ‘ were launched at Visakhapatnam in the presence of Chief of the Naval Staff, Admiral R Hari Kumar . The DSV is the first of its kind and has been designed and built by Hindustan Shipyard Limited, Visakhapatnam for the Navy. The Navy said the ships are 118.4 meters long, 22.8 meters wide and weigh 9,350 tonnes. 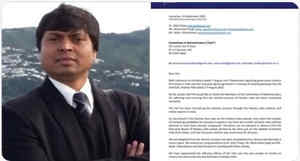 Dilip Tirkey , the former captain of the Indian hockey team , was elected unopposed as the President of Hockey India . He was also a member of the team that won the gold medal at the 1998 Asian Games . For the first time in the history of Hockey India, it will be chaired by a former Olympian. 44-year-old Dilip Tirkey played four hundred and twelve international matches in his career spanning 15 years. He was considered a strong defender of the team. He represented the country at the 1996 Atlanta, 2000 Sydney and 2004 Athens Olympics. Before Dilip Tirkey was elected as the President, the Committee of Administrators was looking after the functioning of Hockey India on the directions of the Delhi High Court. The order was passed by the Delhi High Court on allegations of alleged violation of the National Sports Act. 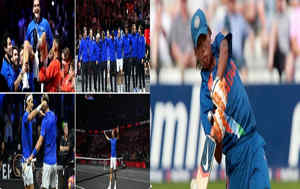 Indian fast bowler Jhulan Goswami played his last international cricket match. He has announced his retirement from international cricket . At the same time, the great tennis player Roger Federer of SwitzerlandSaid goodbye to tennis. As previously announced, the 41-year-old Roger Federer of Switzerland played his last international match in the Laver Cup. India’s fast bowler Jhulan Goswami, popularly known as Chakda Express in cricket, played his last match against England at the historic stadium of Lord’s. Jhulan Goswami has got the status of fastest bowler and highest wicket-taker in women’s cricket. Jhulan was selected in Team India at the age of 19. In the year 2002, he played his first match in international cricket. In his career spanning 19 years, Jhulan has played 283 matches. He has 353 wickets to his name. Jhulan is the highest wicket-taker in the Women’s ODI Cricket World Cup. He has taken 43 wickets in 34 World Cup matches. There itself, Roger Federer has won 20 Grand Slams in his career. Federer won his last Grand Slam title in January 2018. Then he defeated Marin Cilic of Croatia in the title match. At the same time he became the first male player to win 20 Grand Slams.

India is set to host its first MotoGP World Championship in 2023 at the Buddh International Circuit in Greater Noida . India will host the first Moto Grand Prix World Championship race next year at the Buddh International Circuit in Greater Noida . It has been named ‘ Grand Prix of India ‘. Dorna, the owner of the commercial rights to the Moto Grand Prix, and Fairstreet Sports, a Noida-based race promoter, have signed an MoU to host the premier two wheeler racing event in India for the next 7 years. 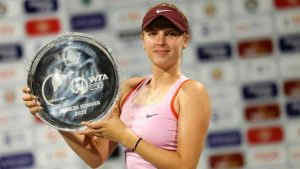 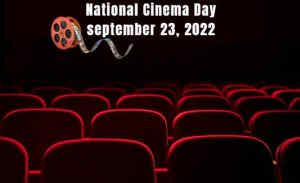 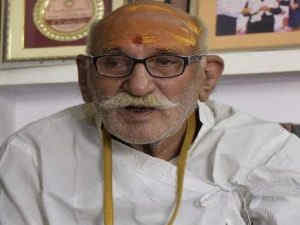 Acharya Ram Yatna Shukla , a Padma Shri awardee, Sanskrit scholar and former president of Kashi Vidvat Parishad , passed away at the age of 90. He is popularly called “Abhinav Panini” because of his contribution towards Sanskrit grammar and Vedanta teaching and inventing new methods of modernization.