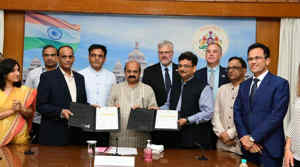 International Semiconductor Consortium- ISMC will invest 22 thousand nine hundred crore rupees for chip manufacturing plant in Karnataka . This will be India’s first semiconductor manufacturing plant , which will create more than one thousand five hundred direct and more than ten thousand indirect jobs. An MoU to this effect was signed with the state government in Bengaluru . ISMC has requested one hundred and fifty acres of land for this plant in Kanchanahalli Industrial Area , Mysuru. The plant will be set up under the Indian Semiconductor Mission of the Central Government. ISMC Abu Dhabi ‘s company Next Orbit Venturesand Israel ‘s Tower Semiconductor . India’s semiconductor market is projected to reach $63 billion by the year 2026. In the year 2020, it was worth $ 15 billion. 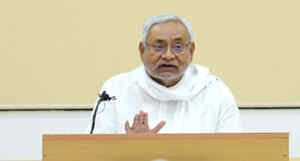 The country’s first ethanol plant operated from coarse cereals was inaugurated in Purnia district of Bihar . On this occasion, Chief Minister Nitish Kumar said that the production of ethanol will reduce the cost of petrol in the state and new employment opportunities will be created. A private investor has set up this plant in Purnia district at a cost of one hundred and five crores. This is the first plant set up after the Central Government approved the Ethanol Production and Promotion Policy-2021 of the Government of Bihar. No waste is generated from this plant with latest technology. In this plant, one hundred and thirty tonnes of rice husk and 150 tonnes of rice or corn will be procured daily from the farmers. 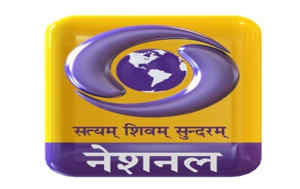 Best Friend Forever, a weekly program aired by Doordarshan , has been selected for the 2021 ENBA Award . In this half-hourly weekly phone-in-live show on the national channel of Doordarshan, two experts give advice to the viewers on pet care . 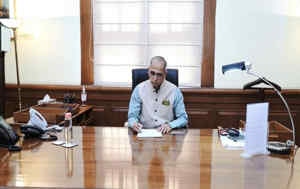 5.Eminent Economist Suman Beri takes over as the Deputy Chairman of NITI Aayog 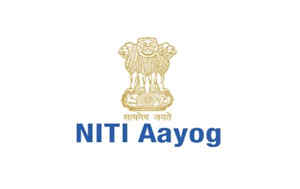 Renowned economist Suman Beri took over as the Deputy Chairman of NITI Aayog . He took over the charge of this premier policy making body from Dr. Rajeev Kumar. Mr. Berry has been the Director General of the National Council of Applied Economic Research (NCAER) and the Chief International Economist of Royal Dutch Shell. He has also been a member of the Economic Advisory Council to the Prime Minister, the Statistical Commission and the Technical Advisory Committee of the Reserve Bank of India on Monetary Policy.

6.In April, the record of 122 years of heat was broken in North-Western and Central India 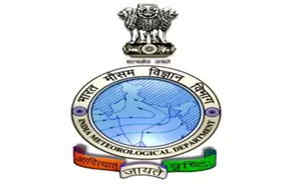 In April , the record of 122 years of heat has been broken in North-Western and Central India . Jammu and Kashmir, Ladakh, Punjab, Haryana, Chandigarh, Delhi, Uttarakhand, Himachal Pradesh, Rajasthan, Gujarat, Madhya Pradesh and Chhattisgarh were the hottest in 122 years. According to the Meteorological Department, the average maximum temperature in central India in April was 37.7-8 degrees Celsius, while in north-west India it was 35.9 degrees Celsius. It was about three decimal three-five degrees above normal. In the year 1901, the average temperature of the whole of India was recorded as 35 decimal minus five degrees Celsius. Director General of Meteorological Department Mrityunjay Mohapatra said that the maximum temperature was high in the entire country, especially in the North-West. 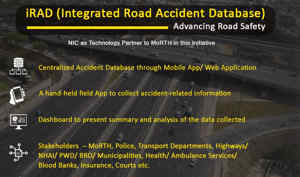 Recently iRAD project has been launched in Chandigarh . A Central Accident Database Management System has been launched by the Central Government to help analyze the causes of road accidents and develop safety measures with the aim of reducing such accidents in India. The name of this system is Integrated Road Accident Database (IRAD).Is. It is an initiative of the Ministry of Road Transport and Highways. The Indian Institute of Technology-Madras (IIT-M) has developed this system. This system is being implemented by National Informatics Centre. The cost of this project is Rs 258 crore and is supported by the World Bank. In the year 2019, iRAD was proposed but its implementation got delayed due to the COVID-19 pandemic. The system has been launched as a pilot in 59 districts of 6 states which are Madhya Pradesh, Karnataka, Rajasthan, Maharashtra, Uttar Pradesh and Tamil Nadu in February 2022. IRAD is a web-based Information Technology (IT) solution that will help various agencies like Public Works Department (PWD), Police etc. to record details about road accident from various perspectives like road engineering, investigation, status. 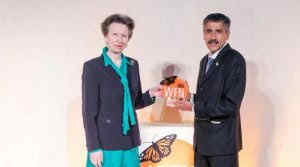 Noted snow leopard expert and wildlife conservationist Charudutt Mishra has won the prestigious Whitley Gold Award . He received this award for his contribution in involving indigenous communities in the conservation and recovery of big cat species (leopards) in the high mountain ecosystems of Asia. Princess Anne presented the award to Misra at the Royal Geographic Society in London. This is his second Whitley Fund for Nature (WFN) award. He received his first award in the year 2005. 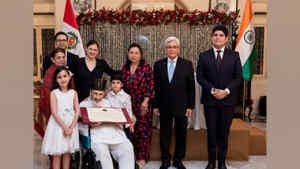 10.Delhi University completes one hundred years of its establishment 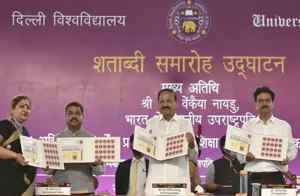 The University of Delhi , established on May 1, 1922 , has completed hundred years on May 1 . On the occasion, Vice President M Venkaiah Naidu and Union Education Minister Dharmendra Pradhan released a commemorative coin of hundred rupees and a postage stamp in the honor of the University . The Vice President also released the Commemorative Centenary Section, which chronicles the historic journey of the University. The students of Delhi University, one of the best universities in the world, are today bringing laurels to the country at the national and international level. These include Bollywood actors Amitabh Bachchan, Shah Rukh Khan, IPS Kiran Bedi, former Lok Sabha speaker Meira Kumar, politicians late Arun Jaitley and Shashi Tharoor. 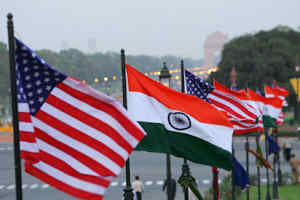 India, China, Russia and four other countries were added to the US ‘s annual priority monitoring list for intellectual property protection and enforcement . Other countries on the United States Trade Representative’s list include Argentina, Chile, Indonesia and Venezuela . A total of seven countries from this year’s list were included in last year’s list. US Trade Representative Catherine TaiIn its Special 301 report on the adequacy and effectiveness of protecting US trading partners and enforcement of intellectual property rights, indicated that these nations will be the focus of particularly intense bilateral engagement over the next year. Algeria, Barbados, Bolivia, Brazil, Canada, Colombia, Dominican Republic, Ecuador, Egypt, Guatemala, Mexico, Pakistan, Paraguay, Peru, Thailand, Trinidad and Tobago, Turkey, Turkmenistan, Uzbekistan and Vietnam are included in the list. which requires bilateral attention to address the underlying intellectual property issues. The Special 301 Report is an annual assessment of the state of intellectual property protection and enforcement around the world. For this year’s Special 301 Report, USTR involved over a hundred trading partners.

12.Google ties up with Telangana government to give benefits of digital economy to youth, women entrepreneurs

Google signed a MoU with the Government of Telangana to take the benefits of the digital economy to the youth and women entrepreneurs . On the occasion, Google also unveiled the design of its ground-up development on the 7.3-acre site it acquired in Gachibowli in 2019. As per the MoU, Google will collaborate with the Telangana government to provide Google Career Certificate scholarships to youth to make them “job ready” for demanding digital talent. The scholarship is routed through the Telangana Academy for Skills and Knowledge and the training will be focused in high-demand areas such as IT Support, IT Automation, UX Design, Data Analytics and Project Management. 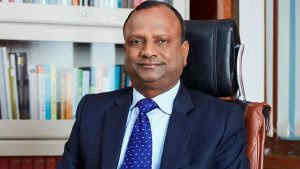 Online lending platform Indifi Technologies has appointed former SBI chairman Rajnish Kumar as advisor. He currently serves on the boards of HSBC Asia Pacific , L&T Infotech , Hero MotoCorp and BharatPe . As an advisor, Kumar will engage with management on the company’s growth strategy and provide guidance in the financial services sector. 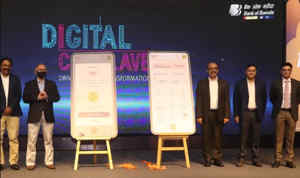 Bank of Baroda has launched BOB World Gold on BOB World mobile banking platform for senior citizens and senior citizens . Its feature is available on both Android and iOS. With the help of this, the service of senior customers is to be provided with a smooth, easy and secure mobile banking service. The platform has easy navigation, large fonts, ample spacing and clear menus. The idea behind Bob World Gold was to look at everything from the perspective of this demographic and understand their specific needs from a digital banking platform. 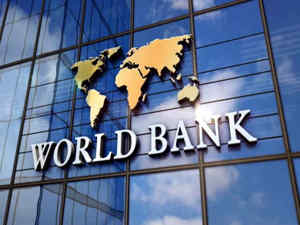 The World Bank has approved USD 47 million projects to support the Government of India’s Mission Karmayogi – National Program for Civil Services Capacity Building . There are about 18 million civil servants employed across India, of whom about two-thirds are employed at the state government and local authority levels. The financing of the bank is aimed at supporting the government’s objectives of enhancing the functional and practical competencies of approximately 40 lakh civil servants. It focuses on three components: development and implementation of competency framework, development of an integrated learning platform and program monitoring, evaluation and management. 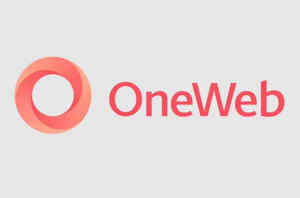 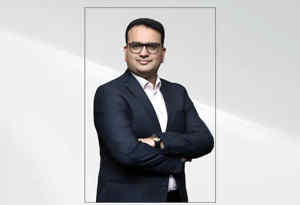 Anshul Swamy has been named Managing Director and Chief Executive Officer of Shivalik Small Finance Bank . Swamy’s nomination has already been accepted by the Reserve Bank of India (RBI) . Swamy replaces Suvir Kumar Gupta, who co-founded the bank and guided it through its transformation from an urban cooperative to a local finance institution. 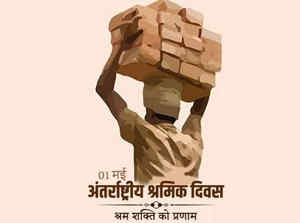 International Workers’ Day on May 1is celebrated . This day is celebrated to honor the contribution of workers all over the world. It is also known as May Day. The purpose of celebrating this day is to express gratitude for the dedication of workers in achieving economic and social rights all over the world. International Labor Day is being observed to promote the need for an eight-hour working day. In earlier times, the working conditions of the workers were very dire and the working hours ranged from 10 to 16 hours a day even in unsafe conditions, leading to many deaths, injuries to workers . After workers’ struggles, legal time for workers was declared in 1886 by the American Federation of Labor at a national convention in Chicago. in 1889, The second meeting of the International Workers’ General Assembly was held in Paris and a resolution was passed that 1 May should be celebrated as International Workers’ Day. In India, this day is celebrated as a national holiday since 1923. 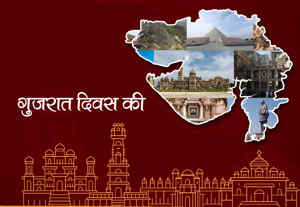 Gujarat Foundation Day was celebrated on 1 May . At the time of India’s independence, this region was a part of Mumbai State. Separate Gujarat was established on May 1, 1960. The foundation day of Maharashtra and Gujarat is celebrated on May 1, both these states were once part of Mumbai. States Reorganization Act, 1956had redefined the boundaries of Indian states on the basis of languages. Maharashtra was formed on the basis of this act. Various languages ​​were spoken in the state of Bombay i.e. Gujarati, Konkani, Marathi and Kutchi. Bombay state was divided into Gujarat and Maharashtra in 1960. Gujarat was formed in the region where people spoke Gujarati and Kutchi. The other region was named Maharashtra where people spoke Konkani and Marathi. The Samyukta Maharashtra Samiti was at the fore in the movement to divide the Bombay state into two states Maharashtra and Gujarat. 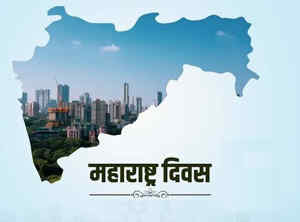