1.India asks Pakistan to ensure the security of its diplomatic mission officials and employees in Islamabad :- 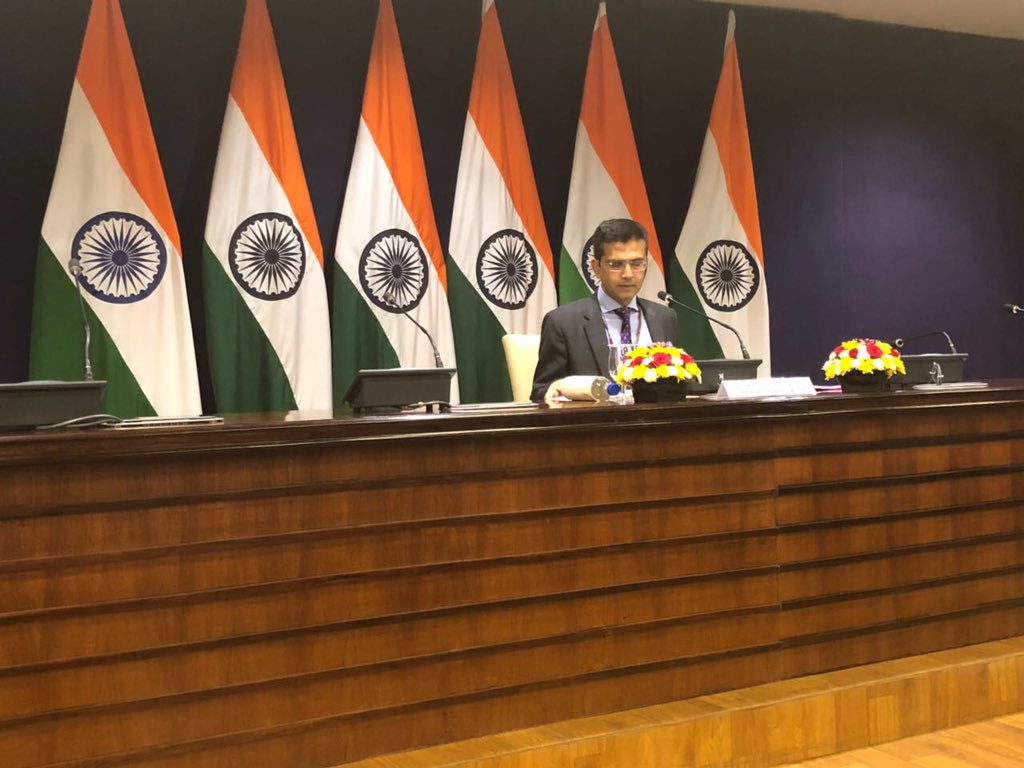 India has asked Pakistan to ensure the security of its diplomatic mission officials and employees in Islamabad. Foreign Ministry spokesman Ravi Kumar said in New Delhi that India wants diplomacy on its diplomatic relations according to the Vienna Convention of 1961 that its High Commission and Consulate can work normally without any interference or harassment. The spokesman said that the Indian High Commission has been facing many issues for several months, whose Pakistan has not yet resolved.

India has asked Pakistan to immediately resolve the issues raised by the Indian High Commission in Islamabad. Meanwhile, India has described Pakistan as the center of terrorism. Foreign Ministry spokesman Ravish Kumar said that Pakistan has been promoting globally nominated terrorists and other organizations. Pakistan is also providing safe haven to terrorists. Shri Kumar said that India’s position on Jammu and Kashmir has remained consistent and everyone is familiar with it. The proceedings of the two Houses of Parliament were postponed yesterday due to the noise of the opposition on various issues. But two bills of no debate have passed between the noise in the Lok Sabha. The objective of the Gratuity Payment Amendment Bill, 2013 is to increase the upper limit of gratuity from Rs. 10 lakh to Rs. 20 lakhs. The House also passed the Special Relief Amendment Bill-2013.

Shri Modi said that it is necessary to emphasize more on research and development for the advancement of the country. Shri Modi said that there is a rich tradition in our country to use science and technology and scientific discovery and its advantage should be reached to the common man so that India joins the front row of leading countries. Shri Modi urged the scientists to spend hundreds of hours in the year with the students of class IX to XII.

In order to liberate the country from the colonial rule, Shri Modi reminded the leader of Manashakti to dedicate himself to the patriotism of leader Ji Subhash Chandra Bose in April 1944. Manipur University is organizing this five-day Science Congress for the first time. The theme of the Congress is: – Reaching out to the disadvantaged through science and technology.

4.The proceedings of the two Houses of Parliament were continuously interrupted due to the noise of the opposition on various issues :-

On the commencement of the proceedings of the Lok Sabha, members of the Telangana Rashtra Samiti and All India Anna DMK came to the center of the House. Members of TRS remained firm on the demand for raising quota for government jobs in Telangana and setting up of All India Anna DMK member Kaveri Management Board.

Lok Sabha Speaker Sumitra Mahajan informed the House about the non-confidence motion brought by the YSR Congress and the Telugu Desam Party, saying that he can not take further action because the proceedings of the House are not going on. . Later, the Chairman postponed the proceedings of the Lok Sabha for a whole day. Earlier in the morning, TDP and YSR Congress members in the Lok Sabha started shouting slogans demanding special state status for Andhra Pradesh.

5.South Korea, US will reduce the size of the combined military campaign :- 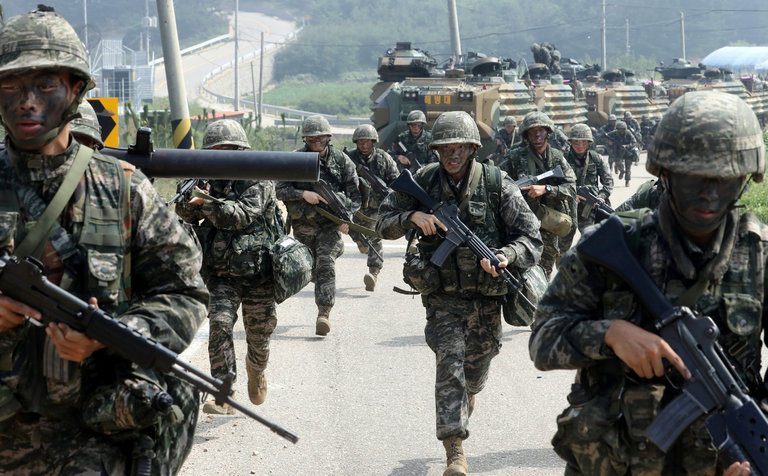 In view of the climbing of diplomatic relations with Pyongyang, South Korea and the United States have decided to reduce the size of its annual joint military exercise and reduce it. This information was given today in a report. Every year, the ‘Resolve and Foll Eagle’ campaign raises the strength of North Korea’s nuclear power. He tells it to prepare for the attack. Tension increases in such a way. The dates of the Pyeongchang Winter Games and Joint Operations in the South last month were not conflicts so it was avoided.

On the third afternoon of the Bombay Stock Exchange, there was a decline of about three hundred points. In the morning it was open with a decline of 130 points. Shortly before, the Sensex dropped 409 points to 33 thousand 268. The Nifty of National Stock Exchange also dropped 135 points to 10 thousand 224. The difference in the foreign currency market in the foreign exchange market is four paise stronger than the dollar. A dollar 64 rupee is said to be 89 paisa. National level Agricultural Advancement Fair giving information about the progress made in the field of agriculture and modern technology for the farmers during the last four years has started from today in the Indian Agricultural Research Complex of New Delhi, which will continue till March 18.

Agriculture Minister Radha Mohan Singh, while briefing about the features of the press conference at the fair, said that the main theme of this time is to double the income of the farmers by 2022.

Along with this, special emphasis has also been laid on organic farming. He said that the glimpse of the progress made during the last four years in the field of agriculture is being seen in this fair. In the fair, farmers from Punjab, Haryana, Uttar Pradesh, Rajasthan and other states are taking part.

new Delhi. The policy for removal of commercial vehicles by declaring more than 20 years of commercial and commercial vehicles as junk has been given a theoretical approval in a high-level meeting in the Prime Minister’s Office. This arrangement will be effective from April 1, 2020. Vehicles named as junk will be destroyed in scrap centers. Road, Transport and Highways Minister Nitin Gadkari has also announced that the policy of destroying vehicles to prevent pollution from vehicles has almost been finalized.