Defence Institute of Advanced Technology, DIAT, has bagged 1st prize in Smart India Hackathon, SIH, 2020.It was held from 1st to 3rd of this month at Noida Institute of Engineering and Technology, Uttar Pradesh. This 36-hour non-stop digital product building competition was a national level competition for software edition, which was organized jointly by the Ministry of Human Resource Development and All India Council for Technical Education.During the competition, Prime Minister Narendra Modi interacted with the participants in a live event.Six- member team of the institute received one lakh rupees as prize money for solving a technical problem using artificial intelligence.

The Andhra Pradesh government is all set to launch YSR Cheyutha on August 12.The scheme will provide financial benefit of Rs 75,000 to those women who come under the age of 45 to 60 years.It aims to empower women from minority castes.The amount of Rs 75,000 is to be distributed in four equal installments of Rs 18,750 each per year.The amounts are to be transferred to the bank accounts of the beneficiaries.The State Government has allocated Rs 4,500 crores to implement the scheme.

India’s first Kisan Special Parcel Train or Kisan Rail started from 07 August 2002.The train will transport material between Maharashtra’s Devlali and Bihar’s Danapur Railway station.The Kisan Rail will carry fruits and vegetables and will make stoppages at several stations and pick-up and deliver them.With the launch of Kisan Rail, the Railways aims to help double farmers’ income.This will help in bringing perishable agricultural products like vegetables, fruits to the market in a short period of time.The Kisan Rail train with frozen containers is expected to build a seamless national cold supply chain for perishables, inclusive of fish, meat and milk.Finance Minister Nirmala Sitharaman had announced to start ‘Kisan Rail’ in the current year’s Budget, for providing a seamless supply chain of perishable produce.

Haryana’s Urban local bodies and Home Minister Anil Vij launched the first of its kind “Works Management System” a web-based, paperless and centralized web portal for the management and monitoring of the development works in the Urban Local Bodies(ULB) in Haryana.

5.Indira Rasoi Yojana To Start In Rajasthan From August 20: 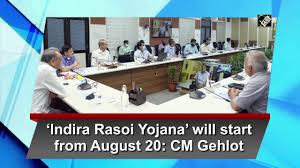 Chief Minister Ashok Gehlot directed officials to start the Indira Rasoi Yojana in urban areas of Rajasthan from August 20. The scheme, named after former Prime Minister Indira Gandhi.The state government would spend Rs 100 crore per year on it. The poor would get quality nutritious food for just Rs 8. 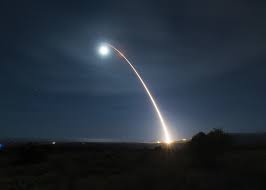 United States (US) Air Force conducted a scheduled test launch of an LGM-30G Minuteman III, an Intercontinental Ballistic Missile (ICBM) carrying a load of three unarmed reentry vehicles, from Vandenberg Air Force Base in California, US to a target in the Pacific Ocean.

Editorialthe/Hindu Anushka_Academy - September 25, 2020
0
TOPIC OF THE DAY:-"Diluting recommendations" In the proposed amendment to the FRBM Act, key recommendations of the review committee were not accepted. It had wanted...