1.Information about the candidate’s assets and lawsuits should be added to voter rights:- 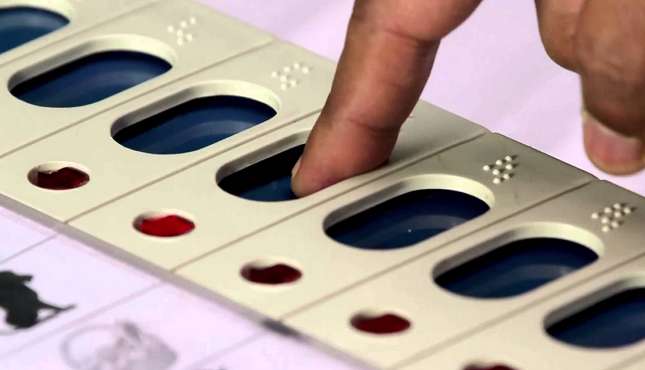 A Public Interest petition was filed in the Supreme Court and it was demanded that information about the criminal background and property of the candidates in the election be called the original right of voters. For this, the demand for issuing orders for the Election Commission from the apex court has been sought. The petition can be heard soon.

Recently, the five-member Constitution Bench headed by the outgoing Chief Justice Justice Deepak Mishra has decided that all candidates should inform the Election Commission about their criminal background. It is also expected from the Parliament to make effective laws to prevent criminalization of politics.The latest petition has been filed by BJP leader and advocate Ashwini Upadhyay. He has demanded to link the candidates’ age, qualifications, criminal background and property related information with voter rights. It has been said that it is mandatory to give these information during the elections.

2.One million Wi-Fi hotspots will be till December 2019: Manoj Sinha:-

Telecommunication Industry will set up one million Wi-Fi hot spots in the country by December 2019 Communication Minister Manoj Sinha said this while addressing the India Mobile Congress. On the occasion of inauguration of this three-day conference-cum-exhibition related to the communications industry, electronics and information technology and law minister Ravi Shankar Prasad, Industries, Commerce and Civil Aviation Minister Suresh Prabhu and Minister of State for Housing and Urban Development Hardeep Singh Puri and several other countries And the heads of leading companies of the country and abroad associated with the information and communication industry. Manoj Sinha said that the establishment of one million Wi-Fi hot spots is another step towards nation’s digital empowerment. India will start the operation of this country-wide, shared and inter-operable platform called Wi-Fi, in line with telecom and internet service providers and all over the country. This will allow customers to use the Wi-Fi hot spot of any operator.

Industry, Commerce and Aviation Minister Suresh Prabhu said that India has achieved tremendous achievements along with better infrastructure in digital mobile space with the help of new technologies. Hardeep Puri said that under the smart city project, we need cutting-edge communication technology to control traffic in cities.

launch of National Frequency Allocation Scheme-2012 (NFAP) in the Mobile Congress. This is the roadmap of the Indian digital communication industry. Under this, the express licenses of 605 MHz in the 5 GHz band for wireless access services and Outdoor Radio Local Area Network (LAN) have been issued. (Since 2007 only 50 MHz were the express licenses). Under the NFAP, 30 spectrum bands for short range devices, ultra wideband devices, as well as additional spectrum for M2M services have also been released. With this, India has introduced the hallmark of its 5G plans.

Under a major policy initiative, India has decided to take payment from the telecom service providers for the resources used by the Department of Telecom, Virtual Network Operators (VNO). For this, the fees payable by the VNOs have been reduced. This will eliminate double taxation in different phases.

3.An aerodynamic engine with a speed of up to 200 km will be surprised, well-versed:- 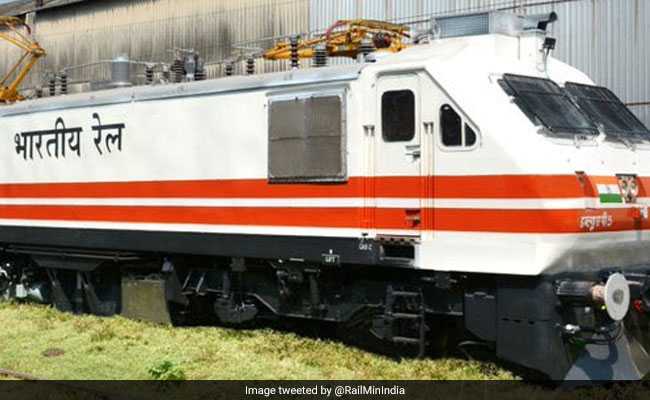 The science of unmatched technology will now be seen on rail tracks. Chittaranjan Rail Engines Factory (Chireka), created the country’s first indigenous aerodynamic rail engine and made a whopping hike in the field of technology. This train engine will run on a speed of 200 kilometers per hour.Chiraka started production activities on 26th January 1950 with the production of steam engine. With the technology in time, the factory has reached the peak to make it an aerodynamic train engine.

Some changes will also need to be made in the railway tracks to run the cost of Rs.13 crore for the speed of 200 km per hour. The cost of the engine is around 13 crore rupees. It took six months to build it. This engine will be installed in fast-moving trains like Rajdhani, Shatabdi.

The aerodynamic engine has many features. It is different from the previous speed engine. The construction of this engine is entirely based on indigenous technology.

4.President Trump said – there is no place in America for political violence:-

US President Donald Trump has condemned the sending of bombs through suspected packets to former President Barack Obama and former Secretary of State Hillary Clinton. Meanwhile, the residence of American representative Maxin Waters has also reached two suspicious packets. While the White House condemned the whole incident, President Donald Trump promised a fair investigation into the matter, saying there was no place for political violence in America. He said that this is the time when we become one. We will have to give a clear and robust message that there is no place in America for political violence. He further said that our government is mainly monitoring this matter and those who are responsible for it will be punished.

7.Sales of vehicles of BS-4 standard will not be from April 2020: Supreme Court:-

The Supreme Court has said that the sales of India Stage, BS-4 standard vehicles will not be from April 2020 and neither such vehicles will be registered. The Supreme Court said in its order that any extension of time to implement the new emission standard will have an adverse effect on the health of the citizens as pollution has reached the alarming level. The court said that no kind of agreement can be made with the health of the citizens and it must be given priority. The court said that it is unfortunate that some auto mobile companies want to extend the deadline. It is notable that the government has set the BS-emission standard to control the air pollution caused by motor vehicles. 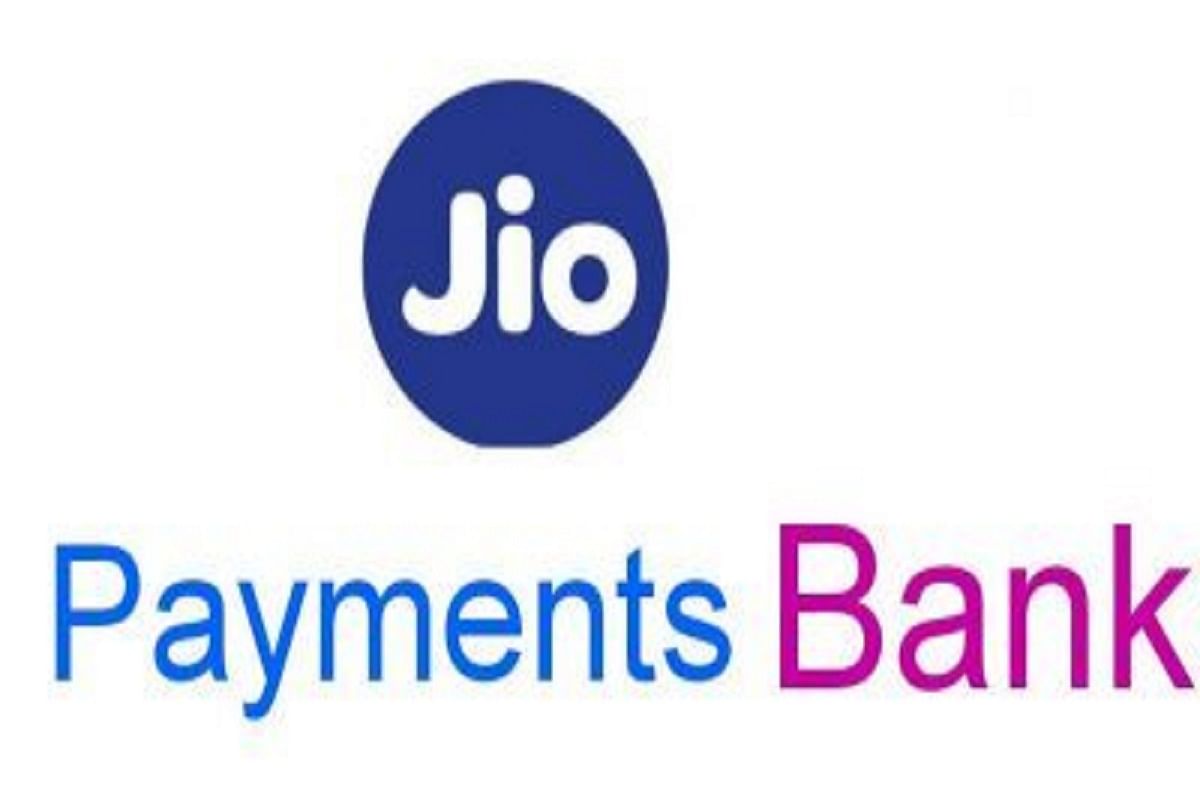 Reliance Industries Limited (RIL) payments is going to bring the bank service. Before its formal launch the company is doing its testing with its employees. This has come out in the media report. According to the report, RIL has started beta launch of GeoPayments Bank services among its employees, as it will help the company to improve its deficit in the network. The company had discussed it with Reliance Jio three years ago before the formal launch.

In April 2018, Joint Venture was started for setting up a Geo Payments Bank in RSIO of 70:30 between RIL and State Bank of India. And there were eight licenses for running the payments bank. In the past, during a press conference, Anshuman Thakur, planning head of Reliance Jio, had said that we have started beta testing for Geo Payments Bank. The company is testing this service both offline and online.

Explain that the telecom major Bharti Airtel Limited had launched the first payments bank in India. Airtel started Payments Bank in India in November 2016. PettyM started the payment bank in May 2017, while the fino payment bank’s launch in June was over. Reliance Jio started similarly with its beta launch for 100,000 employees in August 2015, after which the people were allowed to join this network.

Reliance’s payment banks can provide services like small savings accounts, payment and dispatching services to small businesses and low-income households. At the same time, to bring more and more Indians under financial coverage, the Reserve Bank of India (RBI) is looking more likely in the payment bank than the financial bank.