The Mauryan Empire was a powerful military and political power in ancient India. It was geographically vast and it was ruled by the Mauryan dynasty. It was found by Chandragupta Maurya between 322 BCE and 182 BCE. The empire spreads over the entire Indian sub-continent and also in some parts of modern Iraq.

In Indian sub-continent, Mauryan Empire is the largest to have existed.  Pataliputra is the capital of the Mauryan Empire. This empire had the best civil service and standing army which was very organized and efficient. The empire came into existence after the death of Alexander the Great and Chandragupta Maurya carved most of the empire.

Chandragupta was the founder of the Mauryan Empire along with the assistance of Chanakya. At the age of 25, Chandragupta Maurya conquered the Nanda throne after defeating the Dhananda, the last ruler of Nanda. He considered Chanakya as both his mentor and guide in succeeding the throne. When the ruler of the Seleucid Empire, Seleucus I, fought to redefeat the northwestern parts of India, Chandragupta Maurya fought against the Greeks. Meanwhile, Seleucus I failed and so Chandragupta Maurya and Seleucus came to a peace treaty between the two. It is a martial treaty stating that either a matrimonial alliance between the two dynastic lines or an acknowledgment of marriage among the Indians and Greeks.

The procurement of Magadha was the leading step towards the establishment of the new dynasty. Chanakya was the one who encouraged him to conquer the throne of Magadha. Chandragupta being intelligent assembled men from all over Magadha and other provinces. Then with the Magadhan army, he prepared to invade Pataliputra.

Radhakumud Mookerjee, in his book ‘Chandragupta Maurya and His Times’ have vividly explained the rise of Mauryan Dynasty under the leadership of Chandragupta Maurya. Grab this book at discounted price using amazon book offers. Mookerjee also provides an in-detail description of how Chandragupta made a complex administration with the strong centralized administration at Pataliputra. His son Bindusara extended the Mauryan Empire to South India. Chandragupta Maurya left the throne and followed Bhadrabahu, Jain Teacher. He fasted to death, for sallekhana, a Jain practice.

Bindusara was the son of Chandragupta Maurya and he succeeded the throne after his father. According to the Greek, he is also well-known as Amitrochates, the destroyer of foes. He crusaded the Deccan, thus extending the Mauryan Empire as far as Mysore. It is also supposed that he conquered the land between the Bay of Bengal and the Arabian Sea. He maintained a friendly relationship with the kings of other countries and he has a variety of interest and taste. Bindusara finally passed away in 272 B.C.

After the death of Bindusara, there was a fight for the succession among his sons. The struggle lasted for 4 years and finally, Ashoka acquired the throne. Ashoka was a young prince but a brilliant commander who crumpled revolts in Taxila and Ujjain. Ashoka’s war against the Kalinga was considered a historic defeat. He lost thousands of his own men in the violent and fierce war and many people became refugees. Ashoka has friendly relationships with Chera, Chola, Pandya, the three Tamil dynasties. The southern tip was the only one which wasn’t under his control. He banned hunting and other violent activities and thereby implying ahimsa. He established a friendly relationship with states across Europe and Asia and also maintained a powerful army to maintain authority and peace. Due to his wit in the ruling, he was acknowledged as one of the most famous and successful monarchs in the history of India. Ashoka passed away in 268 B.C.

The disintegration of the empire

The decline of the Mauryan Empire

The Mauryan empire was divided into four provinces with Patailiputra as the imperial capital. The king was the head of the state and he controls the legislature, military, judiciary and executive. The four provinces are Suvarnagiri(South), Taxila(north), Ujjain(west) and Tosali(east). The royal prince Kumara was the head of provincial administration and he was assisted by a council of ministers and Mahamatyas. Ashoka maintained a large army and protected the empire and established peace across the South and west areas.

Trade and enterprise is a private-public affair. Like the ordinary citizens, the state can engage in the business. The revenue was acquired from the taxes. The king owned timberland, hunting groves, manufacturing facilities and forest land and their excess was sold off. The state had control over mining, coinage, salt production, boat building and arms manufacture. Farmers were the largest in number and this increased agriculture. There were also tradespeople and craftspeople. There were tolls for roads and river crossings. There were gold, bronze and silver coins.

The founder of the Mauryan Dynasty, Chandragupta Maurya was a Hindu but later he changed to Jain. Ashoka promoted Buddhism but there is no sourced to prove his faith in it. So the major religion of the Mauryan empire was Jainism and Buddhism.

The greatest architectural monument of the Mauryan period is the palace at Kumhrar. Excavations have found remains of this palace. Sources say that the palace was built of timber and the pillars are decorated with silver birds and golden vines. Stoneworks were famous during the Ashokan period. Ashoka pillar is Mauryan architecture and peacock is the Mauryan symbol and it can be found in the pillar. 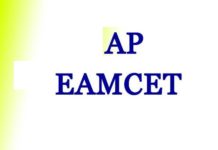 Editorialthe/Hindu Anushka_Academy - July 8, 2020
0
Topic of the day:-"This Time With Feeling" The Centre has empowered the Reserve Bank of India to get banks to take tougher steps, including insolvency...