1.Lt Gen Manoj Pandey will be the new Chief of Army Staff 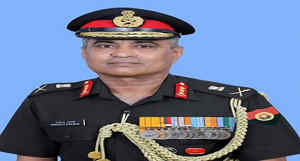 Lt Gen Manoj Pandey will be the 29th Chief of Army Staff of the Indian Army . Current Chief of Army Staff General Manoj Mukund NaravaneHe will retire on 30 April after his 28 months tenure. Trained at the National Defense Academy, Lt Gen Manoj Pandey was commissioned into the Engineering Corps in December 1982. He led the Engineer Regiment in Planwala Sector during Operation Parakram on the Line of Control in Jammu and Kashmir. During his 39 years of service, Lt Gen Pandey commanded an engineer brigade in the Western Theater Command. Headed an infantry brigade along the Line of Control, a mountain division in the Ladakh sector and a military corps in the North-East. Prior to taking charge of the Eastern Command, he was the Commander-in-Chief of the Andaman and Nicobar Command. This is the first time that an officer of the Corps of Engineers will head the Indian Army.

2.In New Delhi, two online portals of the Plant Protection Department, CROP. and inauguration of PQMS 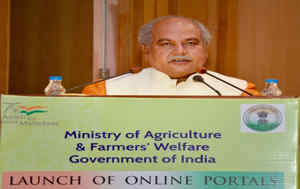 3.Finance Minister Nirmala Sitaraman on an official visit to the US to attend meetings of the International Monetary Fund and the World Bank 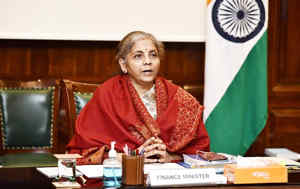 4.On the occasion of 400th Prakash Parv of Guru Tegh Bahadur ji, the Central Government will organize a grand function in the courtyard of the Red Fort on April 20 and 21. 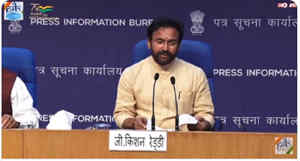 On the occasion of the 400th Prakash Gurupurab of Guru Tegh Bahadur ji , the Central Government will organize a grand ceremony on 20 and 21 April in the courtyard of the Red Fort . This event will be organized under the Amrit festival of Azadi . Union Culture Minister G. Kishan Reddy told that Prime Minister Narendra Modi will be present in the closing ceremony of the event. A postage stamp and coin on the occasionwill also be issued. Union Home Minister Amit Shah will attend the ceremony on April 21. Shabad Kirtan and other programs will also be organized in this two-day event along with sound and light performances. Guru Tegh Bahadur ji was the 9th Guru of the Sikhs. He was born in the year 1621 in Amritsar. His father was Guru Hargobind and mother was Nanaki. His father Guru Hargobind was the 6th Guru of the Sikhs. In 1675 Guru Tegh Bahadur was sentenced to death by the Mughal ruler Aurangzeb. In fact, Guru Tegh Bahadur had protected the Kashmiri Hindus from the religious persecution of the Mughals. Gurdwara Sis Ganj Sahib and Gurdwara Rakab Ganj Sahib in Delhi are related to the death and last rites of Guru Tegh Bahadur.

5.Block level health fairs will be organized in the states

From April 18, 2022 , Block level health fairs are being organized by the Union Health Ministry at more than one lakh Ayushman Bharat-Health and Wellness Centers across India. The health fairs are being organized in collaboration with all Union Territories, States and various key ministries like Information and Broadcasting, Women and Child Development, Education, Panchayati Raj and AYUSH. This block level health fair is a part of the week-long function that comes under the Azadi Ka Amrit Mahotsav of the government to create awareness about Ayushman Bharat-Health and Wellness Centers and Teleconsultation and Telemedicine. These programs have been organized with the aim of providing all essential medicines as well as quality health care services. 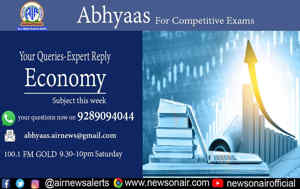 All India Radio has started a new weekly interactive program Abhyas to prepare for competitive exams . Its objective is to help students preparing for competitive exams and job seekers. The program is in Hindi and it will be telecasted every Saturday night from 9.30 to 10. Will be telecast on M. Gold channel. One topic will be selected every week. Students can ask questions through WhatsApp or E-mail. The guest speaker or expert will answer those questions. Selected questions from students from across the country will be included in the programme. The program will have different parts like explanation, facts, competition calendar and questions of the week. 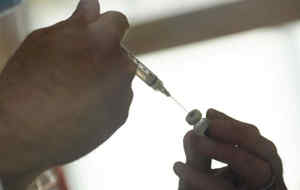 In India, a potential vaccine against COVID-19 or SarsCov2 is being developed that does not require refrigeration or is stored in cold-chain storage . According to a study published in the peer-reviewed journal Viruses , the vaccine produced antibodies against different types of viruses in mice tests. This ‘warm’ vaccine is a Bangalore-based company Mynvax laboratories.is being developed by, which was incubated at the Indian Institute of Science Bangalore. It is a unique vaccine that can be stored for 90 minutes at 37°C and 100°C for a period of four weeks. Most other vaccines on the market need to be refrigerated and can only be kept at room temperature for a few hours. 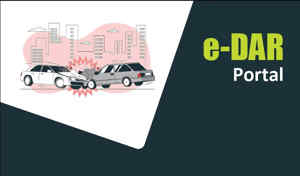 e-DAR (e-Detailed Accident Report) portal by Ministry of Road, Transport and Highways (MoRTH) in consultation with various insurance companieshas been developed. This portal will help in providing instant information related to road accidents and will help in expediting accident compensation claims. Digitized Detailed Accident Reports (DAR) will be uploaded on this portal for easy access. This web portal will be linked to Integrated Road Accident Database (iRAD). Applications for more than 90% of the datasets will be sent directly from iRAD to e-DAR. The minimum information required to be entered for the e-DAR form is by various stakeholders like road authorities, police, hospitals etc. e-DAR will be an extension and e-version of iRAD. This portal will also be linked to other government portals like VAHAN and will also be able to get information on registration of vehicles and driving license details.

9.AIMA honored Shoojit Sircar with Director of the Year Award 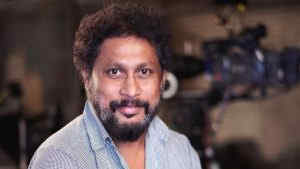 Road Transport and Highways Minister Nitin Gadkari presented the 2021 AIMA Managing India Awards (AIMA) in several categories in Delhi . Shoojit Sircar was awarded the Director of the Year Award for Sardar Udham in the film category . This year, the 12th edition of AIMA Managing India Awards is being organized along with the 7th National Leadership Conclave . Every year, AIMA presents the Director of the Year Award, which recognizes an individual who has exemplified the spirit of filmmaking and created a masterpiece out of it. As per the description of the award, it is given to directors who have created a masterpiece that is path breaking and worth watching over and over again. 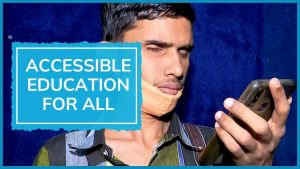 Radio Aksh , India’s first radio channel for visually impaired people, has been launched in Nagpur, Maharashtra . The Blind Relief Association Nagpur (TBRN) and Samasthi Capacity Development Avam Anusandhan Mandal ( Saksham) , a 96-year-old Nagpur-based organization, are the organizations behind the idea. The channel will be available for free on various internet radio platforms. A dedicated team of trained volunteers, mostly women, help create content for the radio channel, which can be delivered to visually impaired people in India and around the world. The complex, meticulously executed processes of recording, editing and improvising large amounts of material do not dampen productivity and a sense of servitude guides the entire team. 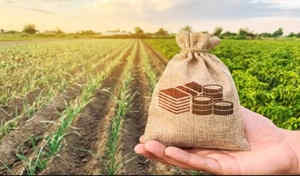 12.Northeast’s highest tricolor flag to be hoisted in Manipur 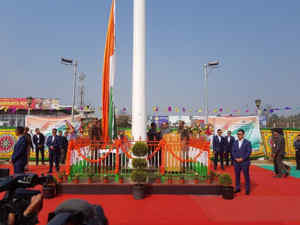 The Chief Minister of Manipur , N Biren Singh announced that a 165 feet high Indian National Flag , the tallest in the Northeast, will be displayed by the Indian National Army (INA) at Moirang in Bishnupur district ofIt will be hoisted in the headquarters premises, for which a pole has already been put up. According to Singh, under the 100-day action plan, Union Home Minister Amit Shah will visit the state and unfurl the Indian national flag. He was speaking at the INA Martyrs Memorial Complex at Moirang, 45 km south of Imphal, where the 78th anniversary of the Flag Hoisting Day was celebrated. The state government had already purchased the land for the construction of the new INA Memorial Hall and the construction work had started. Various artists presented cultural programs like Dhol-Dholok Cholom and Thang Ta during the observation.

13.Before Ukraine war, COVID plunged 77 million into poverty, according to UN report 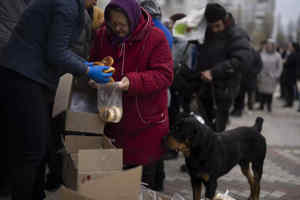 The pandemic pushed an additional 77 million people into severe poverty last year and many developing countries are unable to recover because of the heavy cost of debt repayment , according to a UN report released last year – and this was preceded by the added burden of the crisis in Ukraine . According to research, rich countries can use historical amounts borrowed at ultra-low interest rates to help them tide over the pandemic slowdown. On the other hand, the poorest countries spent billions of dollars to pay off their debts and faced significantly higher borrowing costs, restricting them from investing in education and health care, environmental protection and inequality reduction. 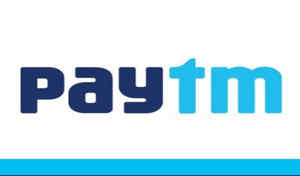 Paytm has become an official digital payment partner for the Prime Minister’s Museum . It is offering its payment gateways, EDC (Electronic Data Capture) machines and QR code payment options to make way for superfast, convenient and secure transactions. The museum, which is a tribute to the former Prime Ministers of India, will be opened to the public on April 21, 2022. Before the inauguration of the museum, PM Modi also bought the first ticket of the museum. The museum has been built at a cost of Rs 271 crore. It is built on the site of the Teen Murti Estate, which served as the home of India’s first Prime Minister Jawaharlal Nehru for 16 years until it was converted into the Nehru Memorial Museum and Library (NMML) after his death. Was. 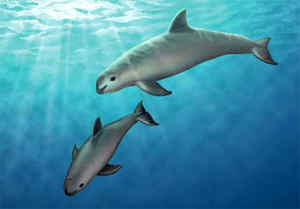 According to the United States Commission for Environmental Cooperation (CEC) , the vaquita porpoise (Phocoena sinus) is near extinction and urgent protection measures are needed to save its remaining population. Porpoises are one of the smallest members of the cetacean family (whales, porpoises and dolphins). They are remotely related only to dolphins (they had a common ancestor about 15 million years ago). There are only seven species of porpoise; Their most popular species is the widely found harbor porpoise. There are many such species, including the vaquita, that are rarely studied. Whatever information we have got about them has been obtained after the study of the same organisms that reach the shores by flowing with the ocean waves. 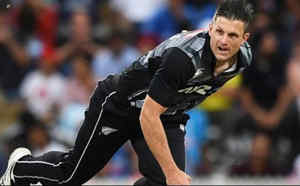 New Zealand pacer Hamish Bennett , 35, has announced his retirement from his 17-year-old cricket career , with the 2021/22 season being the last. Before retiring, Bennett represented New Zealand in T20Is against Bangladesh in Mirpur, Pakistan in September 2021. Hamish Bennett made his international debut in October 2010 and has represented New Zealand in one Test, 19 One Day Internationals (ODIs) and 11 Twenty20 Internationals (T20Is). Overall, he took 33 wickets in ODIs and 10 in T20Is. 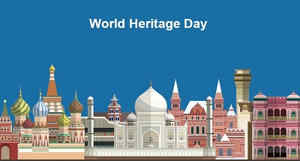 Every year on 18 April , ‘ International Day of Monuments and Sites ‘ or ‘ World Heritage Day ‘ is organized to create awareness for the protection of cultural-historical sites and heritage . The theme of World Heritage Day for the year 2022 is ” Heritage and Climate”. The International Council on Monuments and Sites (ICOMOS) established ‘World Heritage Day’ in the year 1982 and in the year 1983 it was approved by the ‘ United Nations Educational, Scientific and Cultural Organization ‘ (UNESCO). The purpose of this day is to create awareness about the cultural-historical heritage among different communities. Presently there are a total of 40 World Heritage Sites in India . 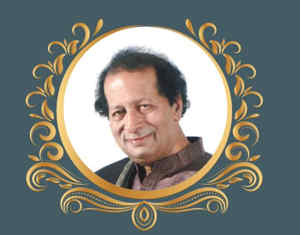 Prime Minister Narendra Modi has expressed grief over the demise of Orissa musician Prafulla Kar . Padma Shri awardee Shri Prafulla Kar was a classical and playback singer. He was born in the year 1939 in Puri , Odisha . 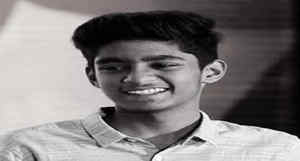