1.Shahbaz Sharif elected as the new Prime Minister of Pakistan 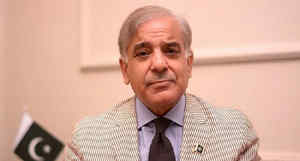 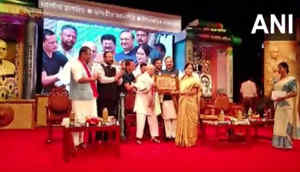 Eminent Assamese poet Nilamani Phukan has been awarded the Jnanpith (56th) award , the country’s highest literary award . In view of the health of the veteran poet, for the first time this award was organized in Assam . Assam Chief Minister Himanta Biswa Sarma and Jnanpith Selection Board chairperson Pratibha Ray presented a trophy, check and memento to the 88-year-old poet. Phukan is known as Janakavi. Earlier he has received Sahitya Akademi and Padma Shri award. Phukan is the third Assamese to have received the Jnanpith Award. Phukan was nominated for the Jnanpith Award in December last year.

3.Gujarat, Kerala and Punjab become the best performing states in the State Energy and Climate Index 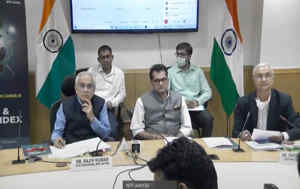 NITI Aayog launched the State Energy and Climate Index-Round-1 on 11 April 2022 in a program organized under the chairmanship of Dr. Rajiv Kumar , Vice Chairman, NITI Aayog . State, Energy and Climate Index (SECI) Round-1 The performance of the states in 6 parametersThe discoms are ranked on the basis of (1) performance (2) energy accessibility, affordability and reliability (3) clean energy initiatives (4) energy efficiency (5) environmental sustainability and (6) new initiatives. These parameters are further divided into 27 indicators. On the basis of the overall SECI Round-1 score, the states and union territories have been classified into three groups Front Runners, Achievers and Aspirants. The states are classified on the basis of size and geographical difference as large states, small states and union territories. Gujarat, Kerala and Punjab are ranked as the top three performers in the large states category. Goa has emerged as the top performing state in the small states category, followed by Tripura and Manipur. in union territoriesChandigarh, Delhi, Daman and Diu/Dadra and Nagar Haveli are the top performers.

4.Indigenously built aircraft HAL Dornier Do-228 will take off tomorrow from Dibrugarh in Assam, Pasighat in Arunachal Pradesh 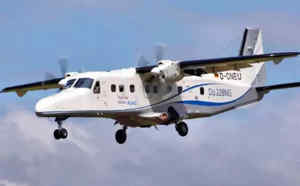 The HAL Dornier Do-228 , the first made in India aircraft , will fly from Dibrugarh in Assam, to Pasighat in Arunachal Pradesh . It will be the first commercial airline in the country for civil aviation operations . Meanwhile, the first flying training organization for the North Eastern Region will also be inaugurated at Lilabari in Assam . Civil Aviation Minister Jyotiraditya Scindia , Assam Chief Minister Himanta Biswa Sarma and Arunachal Pradesh Chief Minister Pema Khandu will be present at both the events. 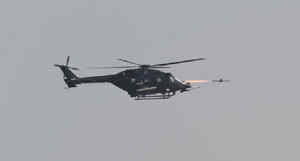 India successfully test- fired Helina, an anti-tank guided missile . The high altitude missile was fired from an indigenously developed Advanced Light Helicopter (ALH) . It is one of the most advanced anti-tank missiles in the world. The test was jointly conducted by a team of scientists from Defense Research and Development Organisation , experts from Army and Air Force . In an extension to the certification trials conducted at Pokhran , the proof of its efficacy at high altitudes paves the way for its integration with advanced light helicopters. 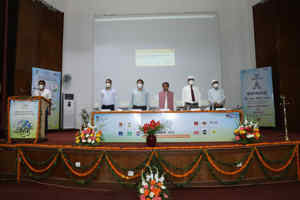 Ministry of Petroleum and Natural Gas launched the annual people-centric mega campaign of Petroleum Conservation Research Association-PCRA , ‘ Saksham ‘. The campaign will go on till the end of this month with the tagline ‘ Azadi Ka Amrit Mahotsav ‘ through green and clean energy . During the inauguration, Pankaj Jain, Secretary, Ministry of Petroleum and Natural Gas urged all the people to adopt fuel conservation in daily life. During this campaign, programs like Saksham Cyclothon in 300 cities, Saksham Walkathon in 25 cities, CNG Car and Auto Rally, E-Vehicle Rally in four metros, Seminars on various topics under Clean and Green Energy will be organized. 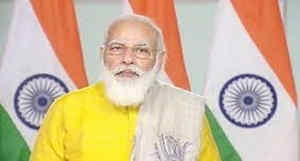 Prime Minister Narendra Modi will be presented with the first Lata Deenanath Mangeshkar Award , instituted in the memory of the eminent singer . Renowned playback singer Lata Mangeshkar passed away in February this year. According to the press release of Master Deenanath Mangeshkar Smriti Pratishthan, the award ceremony will be held on April 24 at Shanmukhanand Auditorium, Mumbai. This award will be given every year to such a person who has made revolutionary, brilliant and exemplary contribution to the nation and countrymen . The Foundation said that Mr. Modi is a man of international standing who has led India on the path of global leadership. Master Deenanath Award to renowned singer Rahul Deshpandewill be given. Special prizes will also be presented to actress Asha Parekh , actor Jackie Shroff and Nutan tiffin supplier representative of Dibba Wale, Mumbai . The award ceremony will also feature a musical program Swarlatanjali featuring singers like Roop Kumar Rathod, Priyanka Barve and Hariharan. 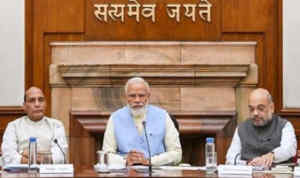 Recently the Union Cabinet has approved the proposal for a bilateral Memorandum of Understanding (MoU) between the Securities and Exchange Board of India (SEBI) and the Financial Regulatory Commission, Mongolia (FRC) . The FRC is a (non-bank) financial market regulator of Mongolia. FRC, like SEBI, is a co-signatory to the Organization of International Securities Commissions’ Multilateral MoU (IOSCO MMoU). The proposed bilateral MoU will help in establishing a technical assistance program besides contributing to strengthen the information sharing framework for effective enforcement of securities laws. There is no provision for technical support within the scope of the IOSCO MMoU. The executives will benefit from the technical assistance program through capital markets, capacity building activities and training programs for the employees. 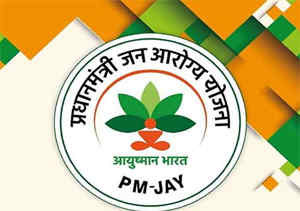 A new version of the Health Benefits Package 2022 has been launched by the National Health Authority under the Ayushman Bharat Pradhan Mantri Jan Arogya Yojana . The new version of the NHA Health Benefits Package adds 365 new procedures , which now totals 1,949are gone. Under this scheme, differential pricing based on type of city and level of care has been introduced. The package was launched on 7 April 2022 in a two-day meeting held at Mahabalipuram, Tamil Nadu. This meeting was organized with the aim of reviewing the Ayushman Bharat Digital Mission and Ayushman Bharat Pradhan Mantri Jan Arogya Yojana (AB-PMJAY) in the southern states and union territories of the country. The review meeting was titled ‘Ayushman Sangam’ and was organized by the National Health Authority on 7 and 8 April. This was the third edition of the meeting and included Andhra Pradesh, Andaman and Nicobar Islands, Kerala, Karnataka, Puducherry, Lakshadweep, Telangana and Tamil Nadu.

10.Eminent scholar-educationist Manoj Soni is the new chairman of UPSC 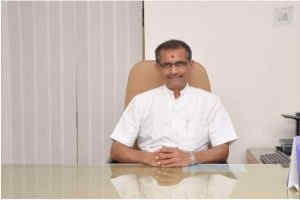 Dr Manoj Soni , currently a member of the Union Public Service Commission (UPSC) , has been appointed as the chairman of the country’s premier government recruitment agency. He is associated with Anupam Mission of Swaminarayan Sampraday at Mogri in Anand district from an early age and received initiation as a Nishkarma Karmayogi (selfless worker) on January 10, 2020. Dr Soni has been appointed in place of former UPSC Chairman Pradeep Kumar Joshi. Prior to this assignment, Soni has also served as the Vice-Chancellor of two universities and has earned several national and international awards and recognitions. 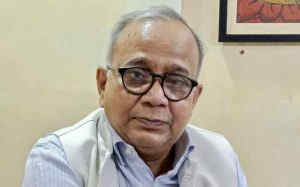 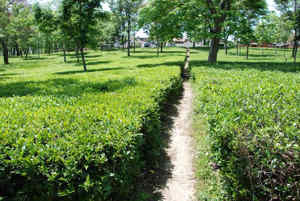 Himachal Pradesh ‘s Kangra tea will soon get a European Commission Geographical Indication Tag (GI tag) ; This tag helps Kangra Tea to get an opportunity to enter the European market. Kangra tea got the Indian GI tag in 2005 . Since 1999, there has been a steady improvement in the cultivation and development of tea in the Kangra region of Himachal Pradesh. 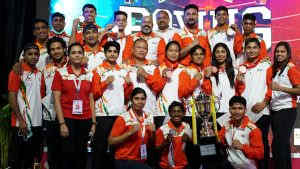 A 15-member Indian boxing contingent ended its campaign with 10 medals including three gold, four silver and three bronze at the Thailand Open International Boxing Tournament 2022 in Phuket . The gold medalists received USD 2000, while the silver and bronze medalists received USD 1000 and USD 500 respectively, with 130 top boxers including 74 men and 56 women from Asia, Europe, Oceania and Africa participating in the tournament. An exciting competition was witnessed. Medal winners include: Gold 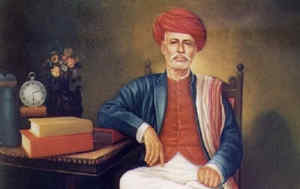 Jyotiba Phule ‘s birth anniversary was celebrated in the country on 11th April . Social reformer Mahatma Phule worked towards ending untouchability and caste system in the country. Together with his wife Savitribai , he awakened the spirit of education among women in the country . Mr. Phule was born on 11 April 1827 . 172 years ago she opened the first school for girls in Pune. He also founded the Satya Shodhak Samaj, whose objective was to provide the right to equality. He fought against female feticide and launched a vigorous campaign to tackle the water crisis. 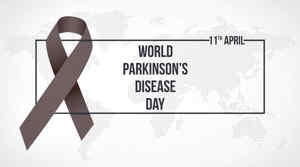 World Parkinson Day on 11 April every year around the worldis celebrated. The primary objective of organizing this day is to make the general public aware about Parkinson’s disease. Parkinson’s is a disease in which the nervous system continues to weaken. There is no cure available for this disease. Due to Parkinson’s, the speed of movement slows down and the muscles become stiff and the problem of tremor in the body arises. Symptoms of Parkinson’s disease usually appear in people over the age of 60, but this disease can occur at any age. Its main symptoms are body tremors, stiffness, loose mobility, bending over, memory problems and changes in behavior. It damages nerve cells in the brain, causing a decrease in dopamine levels. Dopamine is a chemical that sends behavioral signals from the brain to the body. Although medication can help control the symptoms of the disease, But this disease cannot be completely cured. According to statistics, worldwide, about 10 million people suffer from this disease. 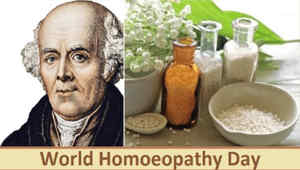 World Homeopathy Day is organized every year on 10 April to highlight the importance of homeopathy and its contribution to the medical world . The day also refers to the birth anniversary of Dr. Christian Friedrich Samuel Hahnemann , the founder of Homeopathy . Dr. Christian Hahnemann, the founder of Homeopathy and the father of various medical systems, was born on April 10, 1775 in Germany. Homeopathy was discovered by Dr. Christian Hahnemann in the late eighteenth century. The word ‘homeopathy’ is derived from two Greek words, in which ‘homois’ means ‘similar’ and ‘pathos’ means ‘suffering’. This ‘ samah sammam shmayati‘ or ‘Symmetry’ is a therapeutic system based on the principle of medicine. This system is such a method of treating the patient by drugs, in which the same symptoms are produced in a healthy person by imitating the natural disease, so that the diseased person can be treated.