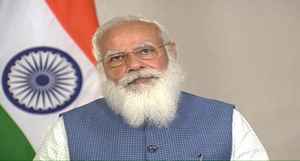 Prime Minister Narendra Modi inaugurated India’s major global conference on geopolitics , Raisina Dialogue , through video message . This four-day conference is being organized through virtual medium. In his speech, Shri Modi said that this edition of Raisina Dialogue is being organized at a historical moment in human history. He said that since the year, the global epidemic is causing worldwide devastation. He said that such an epidemic came about a century ago. Rwanda President Paul Kagme and Danish Prime Minister Mette Friedrichsen addressed the inaugural session as the chief guests. The program is organized jointly by the Ministry of External Affairs and Observer Research Foundation. Theme:#ViralWorld: Outbreaks, Outliers and Out of Control . The name “Raisina Dialogue” is named on Raisina Hill, located in New Delhi which also houses Rashtrapati Bhavan.

The traditional New Year was celebrated in various regions across the country as Ugadi, Gudi Padwa, Chaitra Shukla, Chetty Chand, Vishu, Puthandu and Bohag Bihu . According to Chandra Panchag , the Hindu New Year would begin with the Pratipada of the Shukla Paksha of Chaitra month . The people of Andhra Pradesh and Telangana call it Yugadi in Ugadi , Karnataka . In Maharashtra Goody Pdwa , Pthandu in Tamil Nadu , Vishu in Kerala , Vaisakhi in Punjab and culture get in Adisa is celebrated as. In West Bengal it is called Poila Bosakh andIn Assam it is called Bohag Bihu .

Poonam Gupta will be the new director general of the policy think tank National Council of Applied Economic Research (NCAER) . Gupta will take over from Shekhar Shah , the current head of the think tank, she will be the first woman to hold the post . Currently, Gupta is the lead economist at the World Bank in Washington DC . Prior to joining the World Bank in 2013, she was the Chairperson of the Reserve Bank of India at the National Institute of Public Finance and Policy (NIPFP) and Macroeconomics at the Indian Council for Research on International Economic Relations-ICRIER. Was a professor of

Commerce and Industry Minister Piyush Goyal said E-Santa inaugurated. E-Santa (E SANTA) is a market that is ecu farmersAnd will provide a platform of electronic marketing facility to the concerned buyers. On this occasion, Mr. Goyal said that e-Santa will increase the income of Ekua farmers, improve their lifestyle, bring awareness to self-sufficiency and provide new options for qualitative improvement. He said that the e-Santa platform will change the way of traditional trade and get rid of middlemen. The e-Santa platform is available in various languages, which will benefit the local people. E-Santa is a part of the Marine Products Export Development Authority. Designed for the e-Santa term webportal, meaning Electronic Solution for Augmenting NACSA ​​Farmers Trade in Aquaculture. The National Center for Sustainable Aquaculture (NACSA) is an expanded branch of the Marine Products Export Development Authority (MPEDA) under the Ministry of Commerce and Industry, Government of India.

NITI Aayog has launched Nutrition Knowledge, the national digital knowledge repository about health and nutrition . This website has been created in collaboration with the Bill & Milinda Gate Foundation and Ashoka University ‘s Center for Social and Behavior Change. The digital content required for this fund was received from the Ministries of Health and Family Welfare and Women and Child Development and Development Organizations. The website provides an intuitive interface (multi-parametric search, multiple downloads at a time, easy online sharing of content via social media and easy viewing on any type of smartphone).

The film ” Nomadland ” won 4 BAFTA Awards . BAFTA stands for British Academy of Film and Television Arts . Nomadland won the award for Best Film, Best Director, Best Actress and Best Cinematography . Filmmaker Chloe Zhao became the first black woman and the second woman to win the BAFTA Award for Best Director. Frances MacDormand won the Best Actress Award. The film also won the People’s Choice Award, the Golden Globe Awards. Emerald Fennell’s revenge comedy ” Promising Young Woman ” won the Best British Film at the BAFTA Awards. Anthony Hopkins for Best Actor TrophyHas received. The Indian Netflix film ” The White Tiger ” was nominated for Best Actor and Best Adapted Screenplay in two categories. It did not win any awards. BAFTA has been presented to honor the best international and British contributions to films. It was established in 1947 as the British Film Academy . In 1976, it merged with the Guild of Television producers and directors and became The British Academy of Film and Television Arts (BAFTA).

Defense Research and Development Organization – DRDO will set up a 500-bed Kovid Hospital in Delhi Cantonment with intensive medical equipment in the next few days . In this hospital, doctors of army and paramilitary forces will treat Kovid patients. In view of the increasing cases of Kovid-19 in the national capital, serious patients will be treated in this hospital. This will increase the number of beds in the national capital.

Udhampur district of the Union Territory of Jammu and Kashmir has achieved a national high status in the successful implementation of the Pradhan Mantri Gram Sadak Yojana during the year 2020-21 . During this period, the district has secured first position by constructing more than 560 km of roads. Under this scheme, four more districts of the Union Territory have also been included in the 30 districts of the country which have received preference in this direction. These four districts are Rajouri, Doda, Kathua and Reasi.

The 5th anniversary of the National Agricultural Market (e-Naam) is on 14 April. On this occasion, a gracious program was organized in Krishi Bhavan under the Chief Hospitality of the Union Minister for Agriculture and Farmers Welfare, Shri Narendra Singh Tomar. The event was organized under the ‘Amrit Mahotsav of India’s Independence’, in which Mr. Tomar facilitated farmers in marketing their produce through e-nam, market information page on e-nam, IMD weather with e-nam platform Integrated forecasting information and launched new modules such as cooperative modules.

Agriculture and Farmers’ Welfare Minister Shri Narendra Singh Tomar said National Nursery portal launched. On this occasion, Mr. Tomar said that through horticulture, the youth of the country can contribute to GDP by becoming big entrepreneurs. Mr. Tomar said that in spurring the economy, the field of horticulture has emerged as a potential agricultural enterprise. Its role in nutritional security, poverty alleviation and employment generation programs is becoming important in the country. The field of horticulture not only provides a wide variety of options to farmers for crop diversification, but also provides abundant opportunities to sustain a large number of agricultural industries, which create huge employment opportunities.

Astronomers have discovered a new active galaxy. It has been identified as a distant gamma ray emitting galaxy . This active galaxy is called the Nero line Seifert-1 (NLS-1) galaxy . It is about 31 billion light squares behind . This discovery paves the way for further exploration. In 1929, Admin Habbal discovered that the universe was expanding. Since then it has been known that most galaxies are falling away from us. The light from these galaxies is diverted to a longer radio wave. This is called red shift. Scientists are exploring this turn of galaxies so that the universe can be understood.

The National Institute of Urban Affairs (NIUA) in partnership with the Bernad van Lear Foundation (BVLF) Virtual Infant Toddler and Caregiver Friendly Neverhood ( Neighborhood Adaptive to Newborns, Young Children and Their Carers (ITCN)) training and capacity building program Launched. The program is designed to help the capacity building of city officials and young professionals to develop child and family friendly neighborhoods in cities across India. The program was launched by Mr. Kunal Kumar, Joint Secretary and Mission Director (Smart City), Ministry of Housing and Urban Affairs. 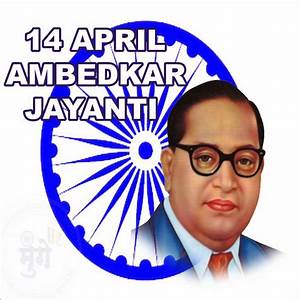 Ambedkar Jayanti ( also known as Bhim Jayanti) is an annual festival observed on 14 April to commemorate the birth anniversary of Babasaheb Dr. Bhim Rao Ambedkar who was born on 14 April 1891.The Day has been observed as an official public holiday throughout India since 2015. In 2021, we are marking the 130th birth anniversary of Babasaheb.Dr. Ambedkar is known as the Father (chief architect) of the Indian Constitution. He was the first Law and Justice Minister of the country after the independence. Dr. Bhim has been bestowed with the country’s highest civilian honor, Bharat Ratna in 1990 posthumously.