International Widows Day is observed globally on 23rd June every year.The day is widely known to draw attention to the voices and experiences of widows and to galvanize the unique support that they have.Several women around the world after losing her life partner faces challenges and do long-term struggle for basic needs, their human right and dignity.The Loomba Foundation initiated the International Widow’s Day in 2005.

International Olympic Day is celebrated across the world on June 23 every year.The Olympic Day was celebrated for the first time ever on 23 June 1948.The day is observed every year to mark the importance of games and sports in our lives and to promote participation in games and sports across the world, irrespective of age, gender, cast or religion.

The United Nations High Commissioner for Refugees (UNHCR) has adopted a resolution calling upon Myanmar to create conditions for the voluntary, safe, dignified and sustainable return of Rohingyas and all forcibly displaced persons.Adopting the resolution, UNHCR also stressed the need to address the root cause of human rights violations and abuses against ethnic minorities like Rohingyas in the Rakhine state of Myanmar.The UNHCR called upon the Myanmar government to allow media, independent observers and diplomatic corps full access to the country.It also urged the government of Myanmar to lift the internet shutdown imposed in Rakhine state.

IIT-Bombay has developed a homegrown receiver chip – Dhruva -that can be used in smartphones and navigation devices to find locations and routes within the country.Dhruva will receive signals from India’s NAVIC group of navigation satellites as well as the US Global Positioning System-based satellites to determine these accurately under all weather conditions.The radio frequency receiver chip was designed in 18 months by students and researchers at IIT Bombay.It can receive in multiple frequency bands and handle weak signals.

The Vice President, Prime Minister and Home Minister paid tributes to eminent educationist and founder of Bhartiya Jan Sangh Dr. Syama Prasad Mookerjee on his death anniversary.Shyama Prasad Mukherjee was born in a Bengali family on 23 June 1901.At the age of 33, Shyama Prasad Mukherjee became the youngest vice-chancellor of Calcutta University in 1934.After India’s independence, Prime Minister Jawaharlal Nehru made Dr.Shyama Prasad Mookerjee Ministry for Industry and Supply in the interim Central Government.However he resigned from the Cabinet in 1950 as he was against the ‘Nehru-Liaquat Ali Pact’.After he formed Bhartiya Jana Sangh on 21st October, 1951 and became its first President

NITI Aayog in collaboration with International Transport Forum will launch the ‘Decarbonising Transport in India’ project.The project will be launched, with the intention to develop a pathway towards a low-carbon transport system for India.India has been a member of ITF, an intergovernmental organisation for transport policy, since 2008.ITF Secretary-General Young Tae Kim and NITI Aayog Chief Executive Officer Amitabh Kant will open the public online launch event.

Indian lender Yes Bank has joined forces with healthcare fintech Affordplan to launch a co-branded healthcare card to enable families to plan and manage their healthcare finance needs.The new card is part of the Delhi-based fintech’s ‘Swasth programme’, and therefore named as ‘Swasth Card’.In addition, the lender has also integrated its wallet on Affordplan Swasth app to enable wallet QR scan for making payments to the merchant.Customers can apply for the RuPay prepaid card through this wallet.

9.Golden Globe awards postponed to February 2021 due to COVID-19 pandemic

The annual Golden Globe Awards ceremony for film and television has been postponed to February 2021.The Golden Globes ceremony, which kicks off Hollywood’s awards season, will now take place on 28th of February instead of its usual slot on the first Sunday in January.The decision follows the postponement by two months of the Oscars to 25th of April because of Coronavirus pandemic.The ceremony, hosted by Tina Fey and Amy Poehler, will take place on the originally scheduled date of the Oscars, which has been pushed back two months.The Hollywood Foreign Press Association, the group behind the awards, will provide details about eligibility, voting period and nominations timing in the weeks ahead.

Film producer & philanthropist, Steve Bing passed away.He produced films such as Get Carter and Every Breath, and also wrote the screenplay for movie Kangaroo Jack.Steve Bing financed the 2004 film ‘The Polar Express‘ to the tune of a reported $100 million, which was nearly half of the production cost.He also produced Martin Scorsese’s documentary “Shine A Light” in 2008, which was about legendary rock band The Rolling Stones. 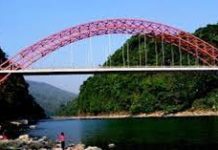 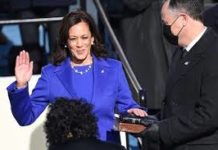 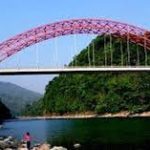 Editorialthe/Hindu Anushka_Academy - January 23, 2021
0
TOPIC – Privacy and surveillance Following an exodus of its users from its messaging service, WhatsApp, to apps such as Signal and Telegram, which promise more privacy options, the...