The forest fire in Tamil Nadu’s Theni hills that claimed the lives of 11 trekkers and severely injured many others is a heart-rending tragedy, with many of them being women who were out to celebrate International Women’s Day. Questions are naturally being asked whether the Forest Department failed to stop treks during the February-June fire season, and whether the response to the early distress alerts was slow. It appears that the difficult terrain gave many of those caught in the fire line little chance, and proved challenging for the State’s rescue operation launched in coordination with the Central government. The residents of the hills played a commendable role in aiding the effort. Yet, several families are left scarred as they try to cope with the loss of loved ones. The tragedy has highlighted the lack of emphasis on safety in the way such events are organised. Indeed, if there is any lesson that can be learnt from the episode, it is that such adventures should place safety above everything else, and that the government has a key role to play in evolving the protocols. In a country with rich landscapes and forests, the wish to briefly leave the urban life behind and take to the outdoors is but natural. But as the trek from Kurangani to Kolukkumalai shows, there are hazards. The risk of fire is particularly important, given that 55% of forest cover in India is assessed by the Indian Space Research Organisation as being vulnerable. With constant improvements to remote sensing capabilities, and through partnerships with organisations such as the U.S. National Aeronautics and Space Administration, the National Remote Sensing Centre has been issuing day and night fire alerts to forest departments. This should have alerted the Forest Department to stop trekking tours, and the State government’s inquiry into the Theni tragedy should reveal whether it was part of the alerts system, and whether they were actually issued. The probe should also determine whether the fires were triggered by burning of grass on the lower slopes. Ideally, the database of fires, including the GIS information, should be made available on the Internet. Also, organisers need to be trained in fire escape manoeuvres, and carry the right equipment, including wireless communication sets. Care must be taken to see that small children are not part of such groups. Raising safety standards in tourism and creating safe experiences is the imperative, as more young Indians will continue to seek adventure. The importance of raising the capabilities of district hospitals has also been underscored by the disaster.

Meaning: Exposed to the possibility of being attacked or harmed, either physically or emotionally.

Example: “we were in a vulnerable position”

Meaning: Cause (an event or situation) to happen or exist.

Example: “an allergy can be triggered by stress or overwork” 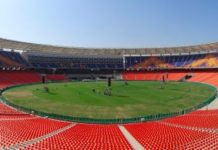 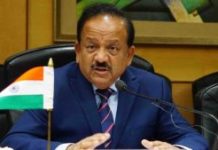 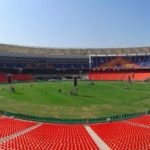