Topic Of The Day:-“Game At Chequers: The Brexit Plan“

British Prime Minister Theresa May is no stranger to controversy and rebellion. After the Cabinet met at her country residence, Chequers, she has found herself, yet again, in the middle of a political upheaval, which could either see her hand strengthened or send her packing from Downing Street. The controversy: while the Cabinet had agreed on a strategy on the kind of Brexit deal it would pursue with the European Union, some of Ms. May’s hardliner Brexit colleagues were unhappy. Brexit Secretary David Davis and his deputy, Steve Baker, resigned, followed by Foreign Secretary Boris Johnson. The Chequers strategy is not a final deal but will form the basis of negotiations with the EU. In pursuing a soft Brexit and insisting that the time for intra-party bickering was over, Ms. May has mitigated some of the economic damage from Brexit. The policy calls for a U.K.-EU free trade area in goods and agri-products based on a “common rulebook”, with the U.K. harmonising its tariffs with the EU in these sectors. The government said it would seek flexibility with regard to trade in services — Britain’s most vital export — and a deal on financial services based on “mutual benefits of integrated markets” and financial stability. This lower level of alignment with EU rules means reduced access to EU markets for the sectors. The Cabinet agreement proposes a “joint institutional framework” to interpret agreements between the U.K. and EU, with U.K. courts implementing the framework in the U.K., and EU courts in the EU. The agreement proposes that U.K.-EU disputes will be settled by joint committees or independent binding arbitration for dispute settlement. Perhaps most controversially, the document says the U.K. would apply EU case law where the common rulebook was concerned. Mr. Johnson, a Brexiter who nursed prime ministerial ambitions, said this would reduce Britain to the status of a colony, having to comply with rules it did not have a say in formulating.

It is unclear what the spate of resignations means for Ms. May’s tenure as Prime Minister. While the Cabinet proposal has been criticised by high-profile Tories for not having legs, several Brexiters, including Environment Secretary Michael Gove and International Trade Secretary Liam Fox, remain in Ms. May’s Cabinet. On Monday, following Mr. Johnson’s resignation, Ms. May met with Tory backbenchers and appeared to receive their enthusiastic support. As things stand, a vote of no-confidence appears unlikely. But there could also be a fallout from President Donald Trump’s visit to the U.K. this week. Positive news on the future of bilateral trade would give her a boost, but Mr. Trump has suggested he may speak with Mr. Johnson while in the U.K. For the moment, Ms. May’s position looks safe. But all this could change dramatically if more resignations follow.

Meaning: The action or process of resisting authority, control, or convention.

Example: “An act of teenage rebellion”

Meaning: A violent or sudden change or disruption to something.

Example: “The chairman insisted that all was not doom and gloom”

Example: “A worldwide ban is currently under negotiation”

Example: “Couples who bicker over who gets what from the divorce”

Meaning: Lessen the gravity of (an offence or mistake).

Example: “He would have faced a prison sentence but for mitigating circumstances”

Example: “Plans to harmonize the railways of Europe”

Meaning: A disagreement or argument.

Example: “A territorial dispute between the two countries”

Meaning: The use of an arbitrator to settle a dispute.

Example: “Our political unity needs to be protected and nursed”

Meaning: A member of the UK parliament who does not have any official position in the government or in one of the opposing parties.

Example: “The advantage of being a backbencher is that you can speak your mind” 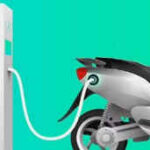 Editorialthe/Hindu Anushka_Academy - September 26, 2022
0
TOPIC – A serious lapse The lapse in Prime Minister Narendra Modi’s security arrangements, which left his convoy stranded on a flyover for around 20 minutes, near Ferozepur in...