Topic Of The Day:-“Leader Among States”

It was an early pioneer of the Noon Meal Scheme that led to better nutritional, educational and inter-casteharmony outcomes across the State. Subsequently, seeing its dramatic impact on development goals, the Supreme Court made it a mandatory policy in other States, and the World Bank and others stepped in to extend its reach. It leads most other States in Programme for International Student Assessment or PISA rankings that measure pedagogical effectiveness in school education. Almost every government in the State supplied mass welfare goods at a subsidised or zero cost, including essential household items such as rice, water, cooked meals, cooking stoves, personal clothing, television sets, bicycles, and even mass-wedding services.

Fast-forward to 2018, and every aspect of that political edifice is under strain, especially after certain earth-shaking events left its democratic machinery facing an uncertain future. How best to understand what outcomes these changes could bring to the Tamil Nadu polity? Consider two analytical threads that explain the underlying processes: power vacuums and governance.

First, the passing of All India Anna Dravida Munnetra Kazhagam (AIADMK) supremo Jayalalithaa and Dravida Munnetra Kazhgam (DMK) president M. Karunanidhi has created a black hole in the balance of power within and across the Dravidian parties. Both leaders single-handedly ran their party operations, including cadre organisation, networking, fund-raising, election planning and campaigning. Between them, Jayalalithaa concentrated power in her own hands to a much greater extent than Karunanidhi did. While his genius was in organisational planning, negotiations and bargain-making, Jayalalithaa, contrarily, degraded four rungs of leadership beneath her.

Consequently, in the aftermath of her death, the AIADMK’s relatively weak leadership has allowed the party to slip into a semi-comatose, slow-implosion mode. The informal power of the V.K. Sasikala clan, currentlymanifested in the troubles posed by her nephew T.T.V. Dhinakaran’s challenge to the ruling combine, threatens to rip the fabric of the party apart. In parallel there are unspoken insecurities about how long the uneasy truce between Chief Minister E. K. Palaniswami and Deputy Chief Minister O. Panneerselvam will hold, especially since the latter split from the main party faction last year. Other party heavyweights mayflirt with the idea of migrating to Mr. Dhinakaran’s party, the Amma Makkal Munnetra Kazhagam. Newentrants like Rajinikanth and Kamal Haasan may steal away slivers of the AIADMK’s vote share.

Simultaneously, M.K. Stalin, Karunanidhi’s son and inheritor of the DMK leadership mantle, remains an untested political quantity at a State-wide level, notwithstanding his experience as Chennai Mayor and posts in his father’s cabinet. His older brother M.K. Alagiri, a strongman from the southern districts, was ejected from the party by Karunanidhi in 2014 for “anti-party activities”, but has challenged Mr. Stalin’s otherwise unquestioned mandate within the party. Will Mr. Stalin hold his own in the upcoming Assembly by-elections and Lok Sabha elections? Will the man who appears far less comfortable before the public spotlight rally the troops and deliver an impressive victory like his father did so often?

Meaning : the combination of simultaneously sounded musical notes to produce a pleasing effect.(n)

Example : “the piece owes its air of tranquillity largely to the harmony”

Meaning : a complex system of beliefs.(n)

Example : “the concepts on which the edifice of capitalism was built”

Meaning : an instance of something collapsing violently inwards.(n)

Example : “the star undergoes a violent implosion caused by gravity”

Meaning : opposite in nature, direction, or meaning.(adj)

Example : “he ignored contrary advice and agreed on the deal”

Meaning : show (a quality or feeling) by one’s acts or appearance; demonstrate.(v)

Meaning : tear or pull (something) quickly or forcibly away from something or someone.(v)

Example : “a fan tried to rip his trousers off during a show”

Meaning : the action of calling into question the integrity or validity of something(n).

Example : “the prosecutor’s detailed impeachment of the character witness”

Meaning : exposed to the possibility of being attacked or harmed, either physically or emotionally.

Example : “we were in a vulnerable position”

Meaning : a person or group that enters or takes part in something.

Example : “the prize will be awarded to the entrant who wins the tiebreak”

Example : “she was wrapped tightly in her mantle” 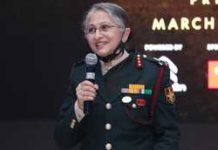 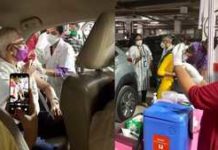