The 26th United Nations Conference of Parties (COP) in Glasgow, Scotland may not have a significant outcome as yet in sight. Prior to the summit, there was a frantic attempt by leaders of western countries, particularly the United States and summit host the United Kingdom, to have most countries agree on a mid-century net zero goal, or when emissions dip to near zero or are balanced out by taking out an equivalent from the atmosphere. This put China and India, both major greenhouse gas emitters, on the defensive, and they dug in their heels more strongly on issues such as climate equity and justice. Their argument, that the climate crisis is largely due to the West because of over a century of unmitigated carbon dioxide emissions, and so those countries must bear the lion’s share of reparations in the form of finance and access to clean technologies, is an old one, enshrined over the years in earlier COP deliberations. While China has indicated a 2060 net zero year, India surprisingly agreed to a net zero year of 2070 as well as more initiatives by 2030 to move towards having a significantly larger share of its energy needs met by renewable energy. The target year 2070 is far from 2050, by when scientific consensus says, emissions must decline to zero for earth to have a fighting chance to keep temperatures at manageable levels. So India, now the third highest emitter of carbon dioxide, giving itself a 50-year deadline will unlikely help prevent temperatures from rising beyond the danger mark. However, India has also indicated that for its 2030 goals, it needs a trillion dollars, by 2030, from developed countries. India, it must be remembered, is a $2 trillion economy and expects to be a $5 trillion economy by 2024-25 — though the novel corona virus pandemic has made it unlikely — and close to $10 trillion by 2030. Developing countries were collectively promised, nearly a decade ago, $100 billion annually until 2020 and only a small fraction has been realized. Even the Glasgow summit has shown how hotly contested every dollar is. The conundrum of global warming is that irrespective of how irrefutable the evidence is, it is unlikely that elected representatives of developed countries will impose punitive taxation on their citizens for climate reparations. However, a quicker transition to renewable energy sources may be made by enabling greater sharing of technology and at fora where countries discuss tariff barriers that impede better, cleaner technology from being adopted faster than they should be. In spite of the risks it poses, the climate crisis is yet to get political resonance in India. Unless it appears on electoral platforms, the push away from fossil fuel will not happen; and India might not have a realistic chance at adapting to disasters at a minimal cost.

Reparations (noun) – The action of repairing something

Enshrined (verb) – To hold something as sacred or in high regard

Conundrum (noun) – A confusing and difficult problem or question

Irrefutable (adjective) – Unable to be disproved or argued against

Punitive (adjective) – Intended as a punishment

Impede (verb) – To hamper or get in the way of

Resonance (noun) – A thing that can be heard 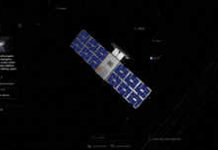