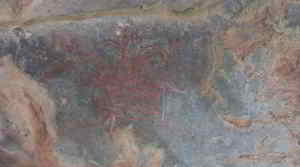 Recently archaeologists have discovered cave paintings in the prehistoric site Mangar Bani Pahari forest near Faridabad (Haryana). have been discovered, which can be estimated to be one million years old. According to the study done by the explorers, the date of prehistoric habitation at this site can be around 100,000 to 15,000 years ago. However, researchers have also received evidence of residence here till 8th-9th century AD. It can be said that the Mangar Bani hill forest may be one of the largest Palaeolithic sites in the Indian subcontinent, where Stone Age tools were recovered from open plains as well as rock shelters. These caves are in an area that is relatively difficult to reach and this is probably the reason why these caves and paintings have remained in the status quo till now. It may be noted that this is the first time that large-scale cave paintings and rock art specimens have been found together in Haryana, although tools from the Palaeolithic period have been identified earlier in parts of the Aravallis. 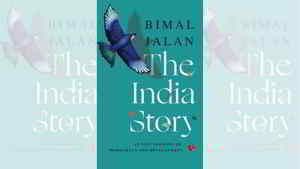 The central bank ( RBI ), former Governor Bimal Jalan said, ” The India Story ( The India Story )” has written a new book titled. The book focuses on the economic history of India and aims to provide examples for the future of India’s political economy. He spoke from 1991 to 2019 to provide insight on learning from the past, before proceeding to ‘Beyond the Metrics of Economy’ to talk about the role of governance in implementing these policies. Trace the economic policies of India. He also wrote the books ‘India Then and Now’, ‘India Ahead’.