1.Prime Minister Narendra Modi will dedicate a national inter-national waterway terminal to the nation on two National Highways and Ganga river in Varanasi:- 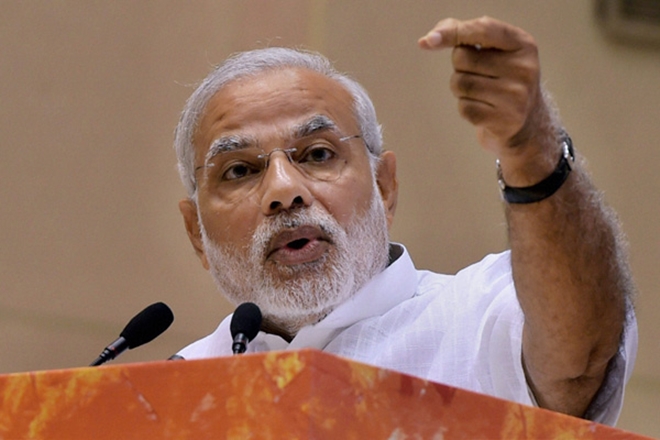 Prime Minister Narendra Modi dedicated the two important national highways in Uttar Pradesh and the inter-national waterway terminal on river Ganga to the nation. The other three terminals are being made in Sahibganj , Haldia and Gazipur.

Shri Modi will also get the country’s first container ship sent to the waterway vessel. It was sent from Kolkata to the last week of October. Our correspondent has said that Mr. Modi will also be involved in road shows besides addressing a public meeting.

Prime Minister Narendra Modi will dedicate the nation to the two important National Highways, 34 kilometers long, with the cost of one thousand five hundred seventy-five crore panchayo millions besides other projects during his fifteenth visit to Varanasi. From these highways where the traffic system in the city will improve , the pollution will be emancipated as well as the roads of development in the city and Purvanchal will be opened. He will also launch three sewerage settlement projects in the city. These projects will be rejuvenating the city. Shri Modi will also make road shows on Babtpur National Highway while going to address a public meeting in Ghazipur.

will be given in US $ 3 million as a prize for the development of innovative products associated with cooling technology:-

In order to encourage the development of residential cooling technology, an International Competition ‘ Global Cooling Award ‘ was announced today in the inauguration session of the two-day ‘ Global Cooling Innovation ‘ summitorganized in New Delhi . Its aim is to accelerate the development of residential cooling technology ,  which will have a minimum of fifth part of thestandard room air conditioning (RAC) effect on climate .

Science and Technology Department of the award and its partner organizations such as the Ministry of Power , Bureau of Energy Efficiency and Environment, Forests and Climate Change Mission of the Government of India through the Ministry is being supported by innovation. Its operations leading research institutions such as the Rocky Mountain Institute (RMI) ,  Conservation  X Labs , will be made by the Alliance for an Energy Efficient Economy (Aiii) and combine the CEPT University. This Coalition Incubation of Innovative Technology ,Commercialization and ultimately the efforts to adopt it at a broader level, along with the new pace and necessary collaboration. It will be launched from India and later it will be expanded in other countries around the world. The competition winner or because the technology proved selected 2050 100 Gigatn (carbon dioxide equivalent GT) ( CO 2 will be emission prevention) and with it the world by the year 2100 to global warming by 0.5 degrees centigrade Will be able to move on the path of reduction.

Inaugurating the ‘ Global Cooling Innovation ‘ Summit , Union Minister of Science & Technology, Dr. Harsh Vardhan said , keeping in mind the continuous warming climate, it is now necessary for the governments to ensure that the health and well-being of their citizens Offer them protection from scorching heat. Not only that ,This facility will be provided environmentally friendly. Establishing balance in these objectives is a very sensitive and challenging task. Keeping in view the widespread demand for cooling in the coming time, only incremental improvements are not expected to come in the expected results. In this context, the scientific and technological community should face the challenge of presenting innovative products that should come forward and ensure comprehensive changes. ‘

While giving thanks to all its partners, along with those offering the Global Cooling Prize, the Union Minister stressed that the Government will ensure that more funds are available for funding innovative products related to clean energy and its In addition to the public-private partnership that develops innovative technologies in clean energy sector The atmosphere is also ready.  On the occasion of the inauguration of this conference Dr. K. K., Principal Scientific Advisor, Government of India Vijayaraghavan said that a special feature of the Global Cooling Award is that through it, practical models have been offered for the participation of private sector for research and development in clean energy sector. Secretary, Department of Biotechnology (DBT) Dr. Renu Swarup said , ” During the Paris climate summit three years ago Mission Innovation was launched with the same objective that governments , explorers and travelers new alliance between the private sector, so Innovation can be possible in the development of important technologies related to climate. ‘

Mr. John Loffhead, Vice President ( Vice-Chair ) , Steering Committee of Mission Innovation present on the occasion of the conference and Mr. Ian Campbell, Senior Fellow at the Rocky Mountain Institute expressed happiness at the launch of the Global Cooling Prize, along with India for efficient leadership. Congratulations to the government.

During this two year long competition, more than US $ 3 million in prize money will be provided. Under the Intermediate Awards, each of the 10 selected competing technologies will be given a prize of up to two lakh US dollars. Its purpose is to provide the necessary support for the development of related innovative residential cooling technology as well as the development of its prototype. In this competition, at least one million US dollars will be given as a prize for the proven technology , so that it can be provided with necessary support for its incubation and its commercialization in the initial phase.

3.The world’s leading leader in Paris will meet, after completing 100 years of the end of World War I:-

On the occasion of the completion of 100 years of the end of World War I, many leaders around the world will be attending a global memorial service. This gathering of the world’s big leaders is happening in the background of increasing nationalism and diplomatic tension.

Nearly 70 leaders of the world, including US President Donald Trump and Russia’s President Vladimir Putin, are gathering in the French capital on the ceasefire agreement in 1918.

British Prime Minister Teresa May and Queen Elizabeth II will participate in another ceremony organized in London in this regard. New Zealand and Australia are organizing this in their respective levels.

In Paris it will be near the graves of anonymous soldiers under the ‘ Arc de Triomphe ‘ event . It is possible to talk about the warnings against the dangers of nationalism in modern times.

Sign on the place where the armistice agreement in the forests of eastern France was , after traveling there on Saturday Germany Chaslr Angela Merkel said , ‘ This day is not just to remember , should be urged to take action on this day . ”

India and Morocco signed a cooperation agreement for cooperation in legal aspects of criminal matters. Minister of State for Home, Kiran Rijiju signed the agreement on behalf of India and Moroccan Justice Minister Mohammad Ojjar on behalf of Morocco. This agreement will strengthen bilateral cooperation with Morocco and help in creating a comprehensive legal framework for crime prevention, investigation and prosecution. It will also help in finding and seizing the fund raising for terrorist activities. On this occasion, the two ministers reiterated their commitment to combating organized crime and the threat of terrorism together.

5.A new statue was unveiled in France on the occasion of the Cease-fire Treaty Day in memory of the contribution of Indian soldiers:- 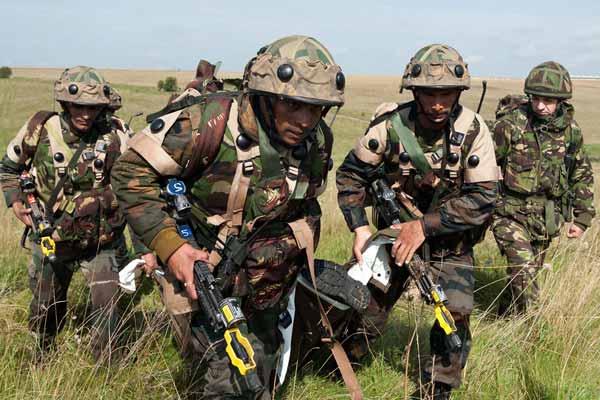 In memory of the contribution of Indian soldiers in World War I, a new statue was unveiled in France on the occasion of the Cease-Fire Day. World War I ended in 1918. In the memory of more than 4,700 soldiers and workers who lost their lives on the western front during the war, this seven-foot high bronze statue was installed in Leventy of France. Leventy is selected at this place after getting the remains of two Indian soldiers in the 39th Royal Garhwal Rifles.

On this occasion, Prime Minister Narendra Modi has said that India is committed to creating an atmosphere of world peace and harmony and brotherhood. He said that there should be a permanent break on death-related deaths and destruction. Shri Modi said that this was a war in which India was not directly involved, but our soldiers fought in peace throughout the world to establish peace.

6.Due to the centuries of du Plessis and Miller Africa won the series:- Due to the great partnerships of captain Faf du Plessis (125) and David Miller (139) and 252 runs for the fourth wicket between them, South Africa defeated Australia by 40 runs in the third one-dayer to win the three-match series 2- Won by 1. South Africa scored a huge score of 320 runs in five overs in 50 overs. In reply, Australian team Shane Marsh scored 280 runs in eight overs in the 50 overs despite 106 runs.

7.Soil Health Card Scheme has been launched for the first time to assess the quality and fertility of soil in the country:- 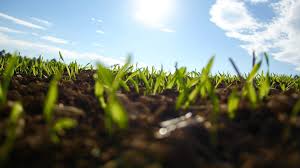 8.The amount received from notebook has been used for the development of the country – Prime Minister Narendra Modi:- Prime Minister Narendra Modi has said that the amount received from the ban on bondage has been used for the development of the country. Addressing an election rally in Bilaspur, Chhattisgarh, Shri Modi said that the BJP Government is committed to development and development is its first priority.

If this country is to fulfill the dream of the dreams of our freedom , the country needs to take to the height of development , to liberate the country from poverty , to give its right , and so the Bharatiya Janata Party brings a new stream in politics By showing him , he is the mantra development.

The Prime Minister told the people that they should make maximum use of their franchise.