1.Prime Minister Narendra Modi will talk to Akashwani on October 25:- 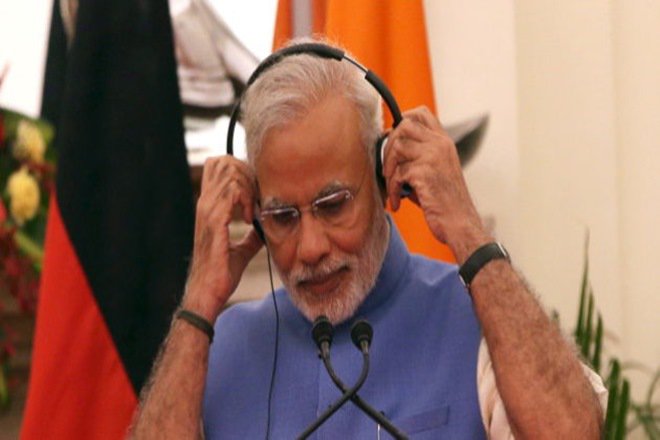 Prime Minister Narendra Modi will share his views with the people living in the country and abroad in the talk of mind from Akashwani on 25th of this month. Shri Modi said in a tweet that this time the mind is special because it will be the 50th episode of the program. He said that it would be pleasant for them to look at the suggestions of people for the program. He asked Narendra Modi to send his thoughts to the people on the mobile app. 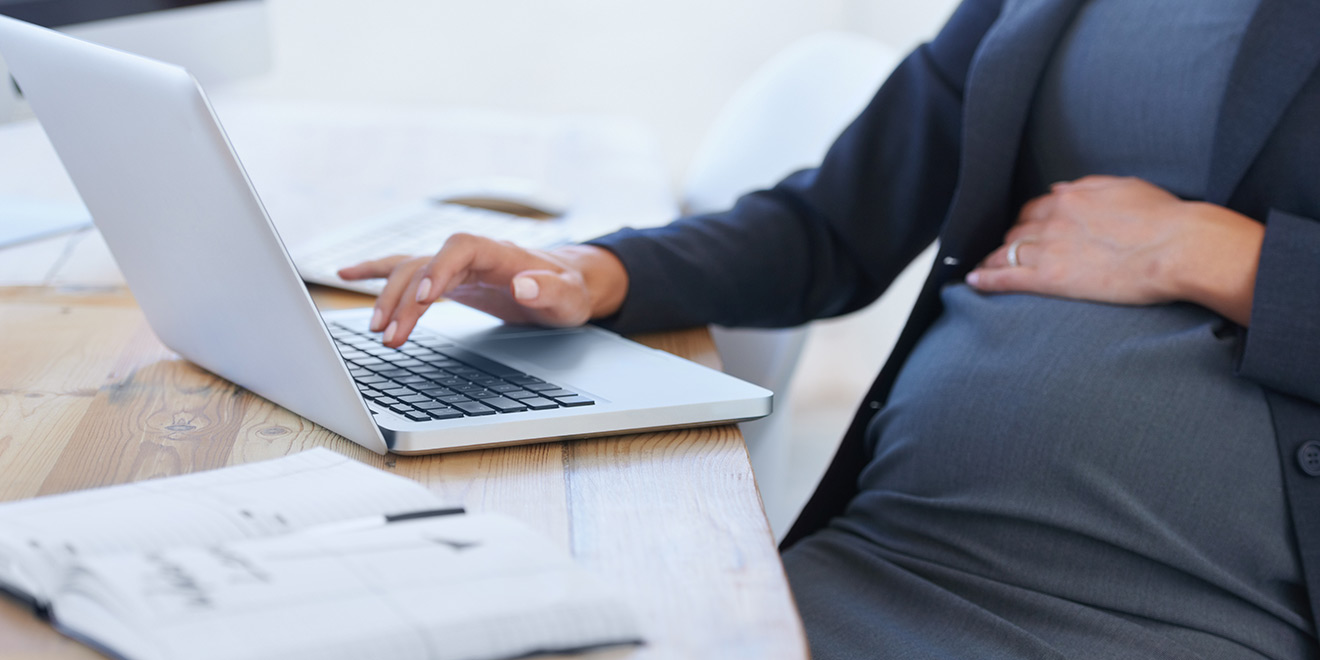 ( i) Under the Maternity Benefit Act , 1961, they come to the factories, mines, gardens, shops and establishments and other bodies, where 10 or more employees are employed. The main objective of this Act is to regulate the employment of women working for certain period before and after the birth of the child in certain establishments and provide them with some other benefits as well as maternity benefits. This Act was amended through the Maternity Benefit (Amendment) Act, 2017, under which, the period of paid maternity leave for women employees has been increased from 12 weeks to 26 weeks, among other things.

( ii)Although this provision is good for the public sector, the report has come to the effect that it is not good for the private sector as well as women working on contract or contracts. The broad perception of this effect is that private sector bodies are not encouraging women employees, because if they are employed, they may have to give specially paid motherhood for 26 weeks. Apart from this, the Ministry of Labor and Employment is also receiving complaints from various circles that when the employer receives this information that any of his female staff is pregnant or if he applies for maternity leave then without any solid foundation His contract is canceled. The Labor Ministry has received many memorandums of understanding that how the increased period of maternity leave is proving harmful for women employees,

( iii) Therefore, the Ministry of Labor and Employment is working on such an incentive scheme, which will be remitted to 7 weeks wages for those employers, who will hire women employees with a salary limit of up to Rs 15,000 / – And give 26 weeks of paid maternity leave. Some conditions have also been fixed for this. It has been estimated that by implementing the proposed incentive scheme, the Government of India, the Ministry of Labor and Employment will have to bear the financial burden of about Rs 400 crore.

Major Impact: If the proposed scheme is approved and implemented then it will also ensure ensuring adequate security and safe environment for the women of this country, as well as their equal access to employment and other approved benefits. Apart from this, women will be able to deal well with the care of the baby as well as domestic work.

Present Status of Proposal: Some reports have been received in the media that this scheme has been approved / notified. However, it is clarified that the Ministry of Labor and Employment is currently in the process of obtaining necessary budgetary grants and obtaining clearances from the competent authorities. Report of the effect that the Maternity Leave Incentive Scheme will be funded from Labor Welfare Cess (CES), it is also wrong because there is no such cess in this Ministry.

3.Emergency Medication and Medicine in India:- 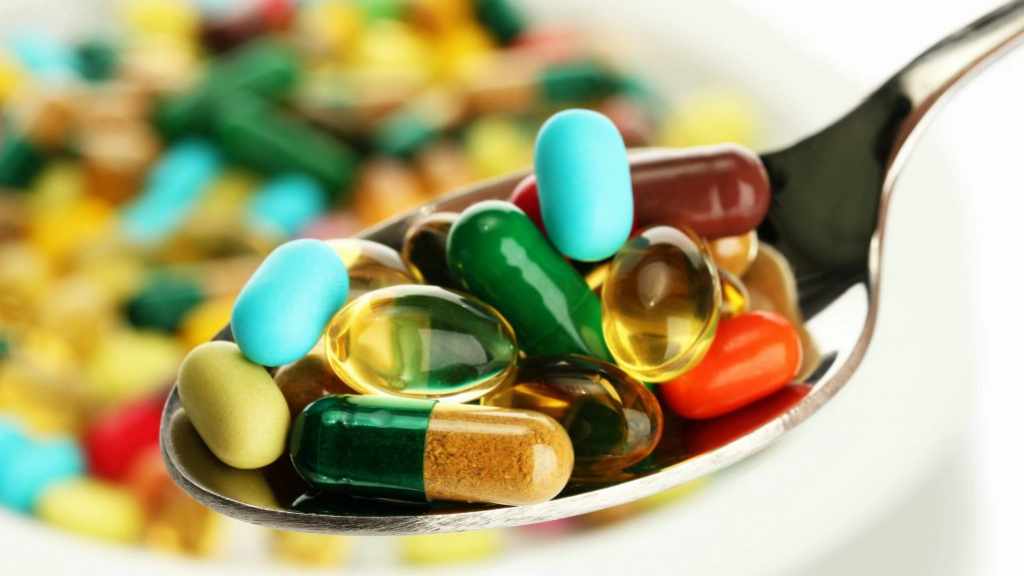 The Bharti Government inaugurated the National Conference on the Increasing Public Importance of Emergency Madison by Indian Emergency Madison Society in Bangalore this morning. He was happy that this institution has been organizing this conference continuously since 2000. The organization has been working continuously since the year 1999 for emergency health care in the country. Shri Chaube said that the Government of India is committed to emergency medical care through the National Health Mission and through its many central sponsored schemes. He said that in 2005 the emergency medicine service in India was started duly by the National Health Mission. At present, 31 states and Union Territories have the facility of calling ambulances by dialing 108 and 102 numbers. At this time, under the National Health Mission, 102 and 108, 18, 583 ambulances are working. Apart from this, also the private sector and state governments and ambulance services are working.

After the emergency medical medical accident, if you get medical aid in ‘First Hour’, which is also called ‘Golden Hour’, then many people can be saved. It is necessary that adequate and excellent services of emergency medical treatment are available in the country, in order to get sick or accidental person at the time of emergency medical emergency. He said that together with the government and the private sector, the Emergency Air Ambulance Service should work to run on a large scale. At present, there are 37 MD seats in the country which is available in the area of ​​Emergency Madison. In addition, in the private sector 35 hospitals and institutions, the ‘DNV’ degree is given in the field of Emergency Madison. He also said that we need to increase the seats of Medical Emergency and MD and set up Technicians’ trained pool in the country. For this, Ministry of Health and Family Welfare, The Government of India has started a central plan in the field of emergency medical facilities. For which 423 crores have been fixed for 2017-20. Under this scheme, 140 centers across the country will be established which will be trained in the field of National Emergency Medical Life Support Course.So far, 39 medical colleges of the country have been given grants under this scheme. Mr. Choubey has ensured that the Government of India is particularly aware of Emergency Medical and Emergency Medication Care. The Medical Council of India and the National Examination Board have already shown seriousness on this subject. On March 30, 2016, the Government of India issued special guidelines ‘Good Samaritan’. Government of India has set up a Working Corps Group to prepare the roadmap for Integrated Emergency Medical Services in the country. 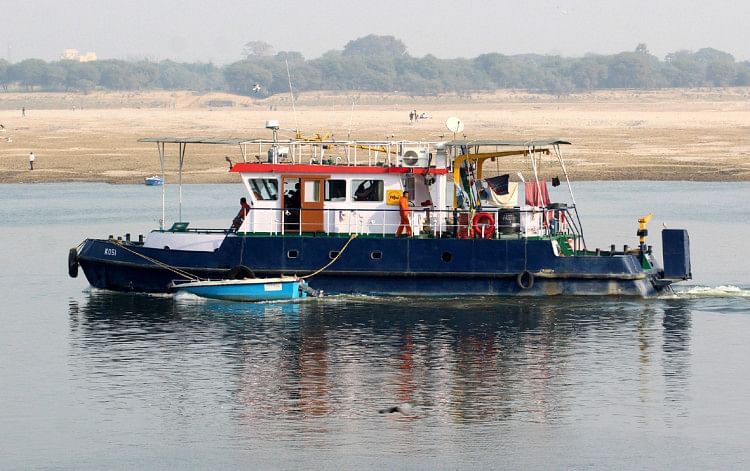 For the purpose of promoting water transport, water vessels will be run in the Yamuna river from the city to the national capital New Delhi. There will also be mini cruises for tourists. Commercial ships will also operate. Preparations have begun for this from the Indian Institutional Waterways Authority.the Chief Secretary, Tourism Aradhana Shukla, Director of the Director AK Mishra, Chief Engineer SYK Reddy, as representative of DM of Prayagraj, agreed to start the work soon after an important meeting of ADM Finance and Revenue MP Singh. The presentation of the Detail Project Report (DPR) was also done for this. This will be National Waterway 1010. For the waterway, Yamuna coastline terminal and four jetties in four districts will be made in eight districts including Prayagarh, Kausambi, Chitrakoot, Fatehpur, Agra, Mathura. The officers of these districts were also present in the meeting. This work will be started from the joint budget of the central and state government. ADM Finance said that preparations for this have become sharper in Prayagraj.

In Kumbh, there will
be a plan to operate two small ships and two mini cruises during cruise and ship Kumbh. ADM Finance said that this small ship and mini cruise will be operated for the Gaughat, Boat Club, Saraswati Ghat, Fort Ghat, Aral Ghat and Chhatnag Ghat from the Suzanne Dev Temple Ghat in Yamuna river.

Dr. Arun Kumar Panda, Secretary, Micro, Small and Medium Enterprises, said that the important position of MSME sector in India is important. He is leading the Indian delegation to the Indo-Taiwan SME Development Forum. The forum will be organized in Taiwan’s capital Taipei by November 17, 2018. During this time, he said that there are 63 million micro, small and medium industries in India, of which more than 111 million people are employed and this sector provides the highest employment after agriculture. He said that these industries produce over 8000 items, from traditional items to high-tech items.

Regarding the initiatives of the Government of India under Start-up India, Dr. Panda said that programs like ‘Start-up India’ and ‘Stand-up India’ have been started to encourage entrepreneurial culture in India. As a result, India has got ready the third largest start-up eco-system in the world, where more than 26,000 start-ups are working.

It is worth mentioning that in the forum 20 industries related to general engineering, vehicle parts, electronics and plastic production are taking part. The aim of these industries is to cooperate with Taiwanese companies in their respective areas.

6.Discussing a new non-confidence motion against the new government led by Mahinda Rajapaks in the Parliament of Sri Lanka:- 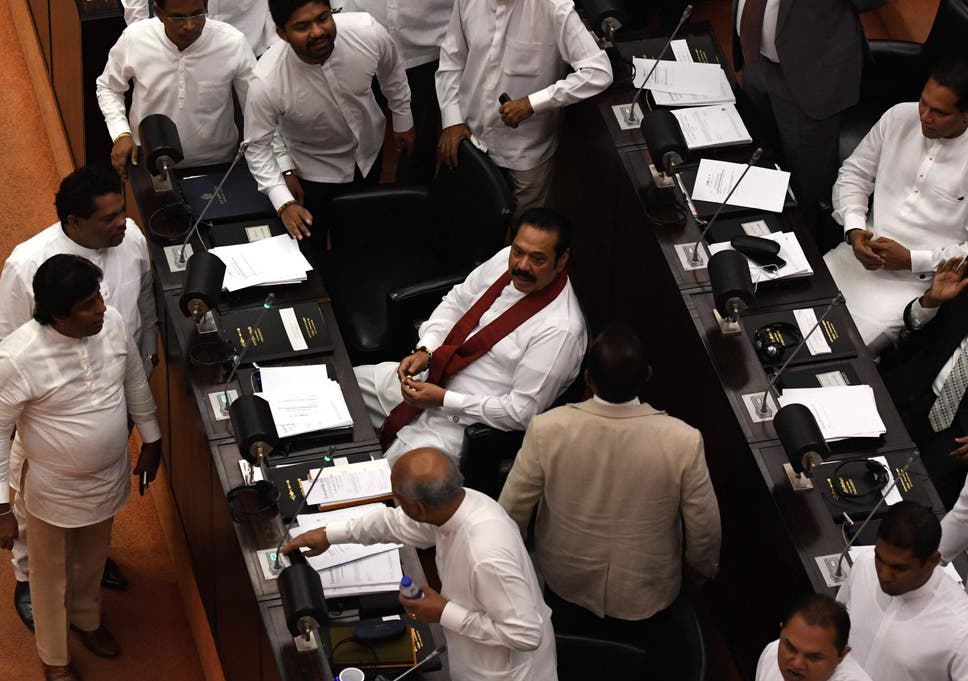 In Sri Lanka, Parliament will discuss a new rejection motion against Mahinda Rajapaks-led new government. It has been agreed between the President and the President of the Parliament to resolve the country’s political crisis. After the two-day commotion in Parliament on the no-confidence motion, it will be discussed again this afternoon.

Shri Nitin Gadkari called experts for the promotion of the use of indigenous building materials and pre-cast technology in the highway area. He said that the cost While reducing, quality improvements should also be taken care of

The Central Road Research Institute has organized an international conference on “Pavement and Computational Approach” on two days (16 to 17 November 2018) in New Delhi  . The purpose of this conference is to focus on the needs of the developing countries and the progress made in pavement technology and road infrastructure engineering across the globe. Specialize in designing pavement participating in the conference and build credit , Materials Characterization , computational analysis and will discuss issues related to modeling. During the deliberations, there is a possibility of new ideas about technology upgradation and their successful implementation in this field.In his video message , the Union Road Transport and Highways , Shipping , Water Resources , River Development and Ganga Conservation Minister said that the mission of the Ministry of Road Transport and Highways is to build high quality roads at low cost in the country. He called for the use of innovative technology experts at the conference , to enable use of indigenous raw materials and to promote pre-cast technology. He said that the old infrastructure , crowded roads , increased heavy vehicle traffic is made inefficient road transport in developing countries and inadequate maintenance.

8.Pankaj Advani won the third consecutive billiards title, the number of his world titles was twenty:-

India’s Pankaj Advani won the IBSF Billiards title for the third consecutive time in the 150-up format . With this victory, the number of their world titles is twisted. In the final match yesterday, Advani defeated Myanmar’s Nay Schwoy O. 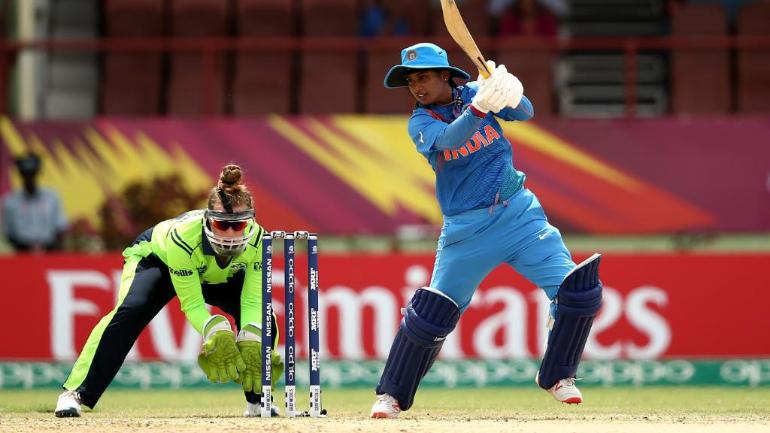 With the third consecutive win, India has reached six points and has reached the semi-finals with Australia.

10.The Ministry of Tourism started the training program on training level training related to tourists and giving advice:- The Ministry of Tourism has started a training-level training program related to the tourists’ cooperation and consultation. Tourism Secretary Rashmi Verma launched this program in New Delhi.