1. Prime Minister participated in the third ‘No Money for Terror’ Ministerial Conference held in New Dili on counter-terrorism financing 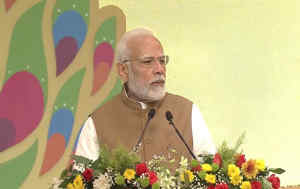 Prime minister Mr. Naren Dr Modi Strongly Terrorism Have asked to avoid any situation of skepticism in dealing with and have also warned the countries that commit terrorism as an instrument of foreign policy। Prime minister Anti-terrorism financing on New heart Third in ‘No money for terrer‘ ( NMFT ) were addressing the Ministerial Conference। Two-day held on 18-19 November on the effectiveness of the current international regime and the necessary steps to address emerging challenges on preventing illegal aid to terrorist organizations The conference will provide a unique platform to the participating countries and organizations। The conference is based on the benefits and learning of the last two conferences ( held in Paris in April 2018 and in Melbourne in November 2019 and funding the terrorists and doing their work Will work towards increasing global cooperation to deprive them of the right to be allowed। It has around 450 delegates from around the world participating, including ministers, heads of multilateral organizations and heads of financial action task forces ( FATF) delegations। During this conference, four sessions will be discussed, which ‘Global trends in financing terrorism and terrorism ‘,’ use of formal and informal channels of funds for terrorism ‘,’ emerging technologies and illegal aid to terrorists ‘and ‘International cooperation to address challenges in combating terrorist financing will focus on। 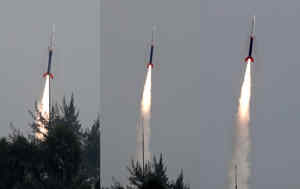 Andhrapradesh K Sriharikota K Satish Dhawan Andra from India’s first private rocket Vikram Suborbital Was successfully tested। It was left at 11:30। This 83 kg rocket reached a height of 89 decimal five kilometers with three payloads। This rocket is about 115 km after flying from Sriharikota Bay of Bengal I fell safely into the water। Construction of this rocket, a tartup working for the space sector moss root Has done। One of the founders of Sky Route, Pawan Kumar Chaudhary Said that this rocket lived up to its purpose। 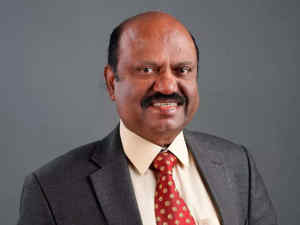 President Dr. C.V. Anand Bose to West Bengal Regular Governor Has appointed। The above appointment will be effective from the date he takes office। Manipur Governor La Ganesan has been handling additional charge of West Bengal since July। Actually CV Anand Bose will replace former Governor Jagdeep Dhanakhar। He was Is Tefa de the Aiya at the time of India’s Vice President election in August।

4. Tenure of Sanjay Kumar Mishra, head of Directorate of Enforcement, extended for one more year 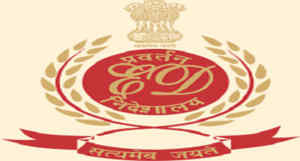 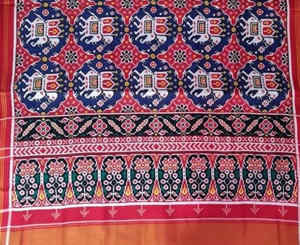 recently G-20 Conference Prime Minister of India Prime minister of italy to Patan Patola Scarf Presented format। Patola is a double-edged knitwear, usually Patan ( Northern Gujarat ) Is made from silk। Ikat, resistance to the threads of the fabric and weft before weaving is formed by dyeing। It received the geographical indicator ( GI) tag in the year 2013। The ancient art of double ikat or patola woven in pure silk dates back to the 11th century। This specific quality originates in a complex and difficult technique of dyeing individual dyeing or knot dyeing on the fabric and weft before weaving, which is called ‘torture’ is referred to as। 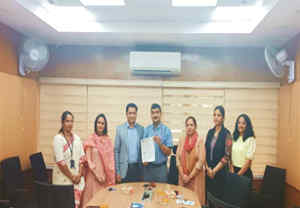 Ministry of Tribal Affairs An autonomous organization established under National Education Society for Tribal Students ( NESTS ) and 1M1B FoundationThe MoU was signed on 7 November 2022 at (1M1B ) NESTS Headquarters in New Delhi। The MoU was signed by NESTS Commissioner Mr. Asit Gopal and Managing Director of 1M1B Mr. Manav Subodh in the presence of the team of 1M1B and NESTS। The program will enable teachers and students with augmented reality ( AR) and virtual reality ( VR) skills using the AR-VR skills course initiated by CBSE। The objectives of this program include training and capacity building programs for teachers and students of single model residential schools ( EMRS )। The program is being implemented in two states – Rajasthan and Uttarakhand as part of this MoU in the pilot phase। 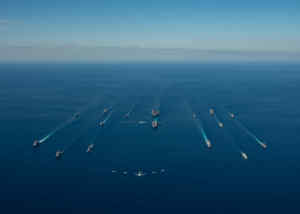 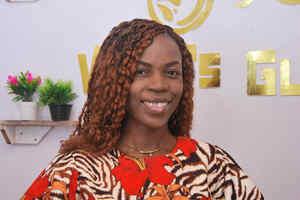 Franca Ma-ih Sulem Yong (Franca Ma-ih Sulem Yong ) ne 2022 of UNESCO-Madanjit Singh Award Version has won। The UNESCO-Madanjit Singh Award is awarded by UNESCO every two years to promote tolerance and non-violence। The award was made on the basis of the ideals of the UNESCO Constitution। It was unveiled in 1996 after the United Nations Tolerance Year of 1995 and in connection with the 125th birth anniversary of Mahatma Gandhi। The award was funded by donations from Madanjit Singh – former Indian artist, writer and diplomat, who served as a UNESCO Goodwill Ambassador। 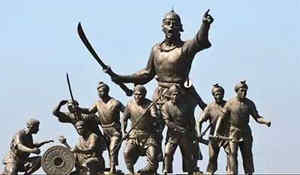 Ass Chief Minister recently Lichit Borfukan Of (Lachit Borphukan) 400th Jubilee Theme Song released for the ceremony। November 24, 1622 Born Lachit Borfukan ( Lachit Borphukan), Ahom kingdom I was a commander। Borfukan is known for his leadership in the Battle of Sarighat in 1671, which prevented the Mughal army from invading the Ahom Empire। He died a year later due to illness। 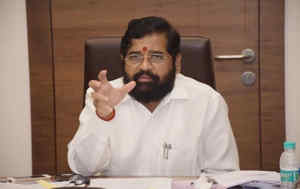 Maharasthra Sarkar Of the state Pension of independent fighters increased from ten thousand rupees per month to twenty thousand rupees per month Has decided to do। This decision will benefit the independent fighters associated with India’s freedom movement, the Marathwada liberation struggle and the Goa liberation movement। The state government will have to spend 74 crore 75 lakh rupees extravagant with this decision। State Cabinet approved this। 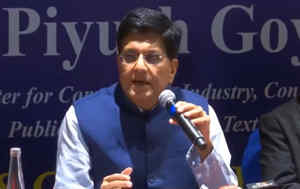 Central Minister of Commerce and Industry Piyush Goyal Told that Digital commerce for Open Network, ONDC The ministry has conveyed। This will help small traders and entrepreneurs from six major sectors to present their products on the online portal। On the occasion of the Startup and Enterprise- Vision India et 2047 workshop in Bengaluru today, he said that buyers, sellers from different sectors, Payment platforms and companies associated with freight transportation will be able to use this free mechanism। Consumers will be able to manga food and grains and other consumption items using this platform in regional languages। 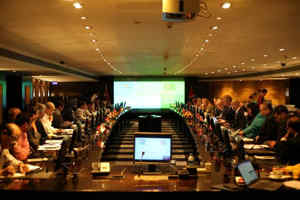 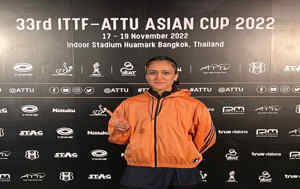 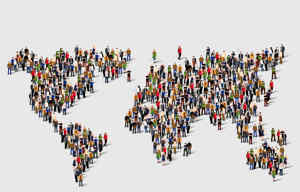 15. The Diamond Jubilee of the Battle of Rejangala was celebrated with patriotism and enthusiasm 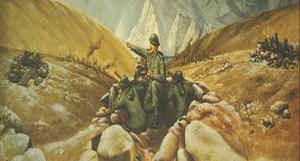 Battle of Rejangla Of Diamond Jubilee ( 60th Anniversary ) 18 November Was celebrated with patriotism and enthusiasm। Secretary of Defense Giridhar Armane near Chushul in East Ladakh Ahir Dham I paid tribute to the martyrs of the Battle of Rejangla at the War Memorial। Indian Army in the Battle of Rejangla 13 Kumaon Regiment Of Charlie company K soldiers have demonstrated perseverance and valor। C. The company’s 120 brave soldiers stood between Ladakh and the equipped Chinese army। 114 soldiers were martyred in this battle। The bravery of the C Company of 13 Kumaon Regiment in the fighting forced China to declare a cease-fire on 18 November 1962। On the occasion of the 60th year ceremony of the Battle of Rejangla, the Secretary of Defense Mr. Giridhar issued an envelope। 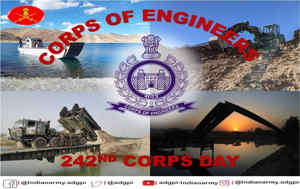 Indian Army Ne 18 November to Engineer Corps Of 242nd Sphana Day Celebrated। Defense Minister Rajnath Singh, Defense Chief General Anil Chauhan and Thal Senadhiksha General Manoj Pandey have conveyed their best wishes to all the members of the Engineers Corps on this occasion। There are three groups of Corps of Engineers, namely Madras Sappers, Bengal Sappers and Bombay Sappers which were amalgamated into the Corps on 18 November 1932। Since its inception, history has been replete with vast exemplary contributions from the Corps of Engineers in both war and peace