An advanced version of the Pinaka rocket system developed by the Defence Research and Development Organisation (DRDO) has been successfully test-fired on November 4, 2020.The rocket was successfully flight tested from Integrated Test Range, Chandipur off the coast of Odisha. A total of 6 rockets were launched in the series and as per the officials, all the tests met the complete mission objectives. According to the official from DRDO, all the articles of flight were tracked by a variety of instruments such as radar, telemetry, and Electro-Optical Tracking Systems which also assured the performance of flight.

The advanced version of Pinaka Rocket will be replacing the existing Pinaka MK-I rockets which have been currently under production.Pinaka rockets are named after the bow of Lord Shiva. They are part of the multi-barrel rocket launcher systems which are already in the Indian Army. Pinaka rockets have also been successfully deployed in the operations in both Pakistan and China.

Priyanca Radhakrishnan on November 2, 2020, became New Zealand’s first-ever minister of India-origin after Prime Minister of New Zealand, Jacinda Ardern included five new ministers into her cabinet. Priyanca Radhakrishnan, 41, was born in India. She did her schooling in Singapore and then moved to New Zealand for further education. She is also from the 2017 intake of new MPs and is the minister outside the cabinet of New Zealand. Ms. Radhakrishnan lives with her husband in Auckland. The Health and Social Welfare Minister of Kerala, K. K. Shailaja congratulated Ms. Radhakrishnan for the charge of social development, youth welfare, and volunteer sector in New Zealand’s cabinet. She also informed that Priyanca is a native of Paravur, Ernakulam, Kerala. 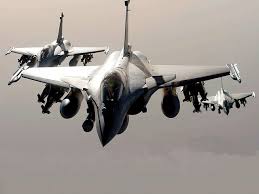 Three more Rafale Fighter Jets are expected to reach India soon, most probably by November 5, 2020. This would provide a huge boost to the Indian Air Force’s air power. The aircraft will take off from France on Wednesday morning in local time and arrive in India by evening. The arrival of the fighter jets in India will take the total strength of Rafale fighter jets in the Indian Air Force to eight, as the first batch comprising five Rafale aircraft had arrived in India in July 2020. This would further enhance the IAF’s capacity to take on threats emerging from China, especially along the Line of Actual Control in eastern Ladakh. While the first batch of Rafale fighter jets have already been inducted into the Indian Air Force in September and carried out sorties as well in the Ladakh sector, the second batch will also be operationalised at the earliest.

The First Committee of the United Nations General Assembly on November 3, 2020, adopted two resolutions sponsored by India on nuclear disarmament. Both the resolutions sponsored by India- ‘Reducing Nuclear Danger’ and ‘Convention on Prohibition of the Use of Nuclear Weapons’- under the nuclear weapons cluster manifests India’s commitment towards the goal of nuclear disarmament. The first committee of the UN General Assembly deals with the issue of disarmament and works in close cooperation with the Geneva-based Conference on Disarmament and UN Disarmament Commission, the two other bodies to deal with the nuclear issues. 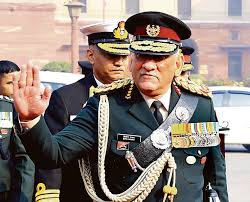 It is proposed to increase the retirement age of officers in the army. Under the reforms initiated by the Department of Military Affairs (DMA), deduction of pension is also proposed for taking premature retirement. The DMA works under the leadership of Chief of Army Staff General Bipin Rawat.

Government sources said that all these proposals have been proposed for the excessive use of military personnel in the armed forces. Under this, it has been proposed to increase the age of Colonels in the Army and their equivalent officers in the Air Force and Navy from 54 to 57 years.

The age of the Brigadier and its equivalent officers will be increased from 56 years to 58 years.

Panna Tiger Reserve in Madhya Pradesh has been included in UNESCO’s ‘World Network of Biosphere Reserves’ list. It is India’s 12th and the third biosphere reserve (bio reserve area) after Pachmarhi and Amarkantak in Madhya Pradesh, which has been included in the ‘World Network of Biosphere Reserves’. Presently Panna Tiger Reserve is home to 56 tigers.