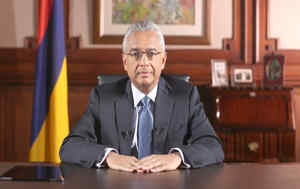 Mauritius Prime Minister Pravind Kumar Jugnauth arrived in Mumbai on an eight-day visit to India at the invitation of Prime Minister Narendra Modi . He is accompanied by his wife Kobita Jagannath and a high level delegation . During this visit, Shri Jagannath will participate in the foundation stone laying ceremony of the Center for Traditional Global Medicine being built in collaboration with the World Health Organization at Jamnagar , Gujarat on 19th April . Along with this, he will also participate in the Global AYUSH Investment and Innovation Conference on 20 April in Gandhinagar along with Prime Minister Modi.

2.British Prime Minister Boris Johnson is coming to India on April 21 on a two-day official visit. 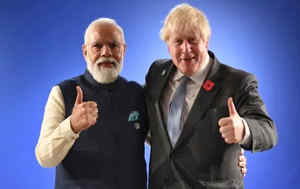 British Prime Minister Boris Johnson is coming on a two-day official visit to India on 21 April . This will be his first visit to India as Prime Minister. He will be accorded a ceremonial welcome at Rashtrapati Bhavan on his arrival in Delhi. He will hold bilateral talks with Prime Minister Narendra Modi on April 22 . Apart from attending official functions in New Delhi, Mr. Johnson will also visit Gujarat. The two Prime Ministers will review the implementation of the Roadmap 2030 and share their shared vision for further strengthening cooperation. They will also exchange views on all aspects of bilateral relations and regional and global issues of mutual interest. 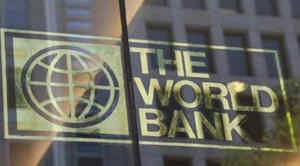 The World Bank recently released a report, in this report it has been said that poverty in India is 12.3% less in 2019 compared to 2011 . The poverty numbers have come down from 22.5% in 2011 to 10.2% in 2019. According to the World Bank’s Policy Research Working Paper, poverty reduction was higher in rural areas than in urban India. Rural poverty declined by 14.7% while urban poverty declined by 7.9% during 2011 to 2019. According to this study, farmers with smaller holdings have experienced higher income growth. Between the two survey rounds in 2013 and 2019, real incomes for farmers with the smallest holdings increased by 10% annually, while those with the largest holdings increased by 2%. The headquarter of the World Bank is in Washington D.C. It was established in July 1945. 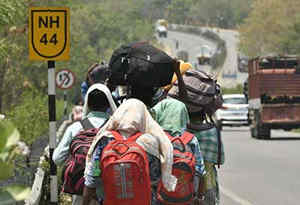 The Maharashtra government has developed a website-based Migration Tracking System (MTS) to track the movement of vulnerable seasonal migrant workers through individual unique identification numbers . . The Women and Child Development Department of the state government launched it as a pilot project in November 2021 in 6 districts with high tribal population including Chandrapur, Gadchiroli, Jalna, Amravati, Nandurbar and PalgharWas. The MTS project is envisaged to maintain continuity of Integrated Child Development Services (ICDS) like immunization, nutritional supply, health check-up etc. to migrant beneficiaries, including lactating mothers, up to the age of 18 years. children and registered pregnant women. The system has been put in place because the number of seasonal migrations driven by labor distress in Maharashtra is high. Also, due to the COVID-19 related lockdown, a large number of children and women have been displaced and missed out on immunization, nutrition and other ICDS scheme related services. Therefore, through the implementation of this system, the state will capture the data of inter-district and inter-state migration of workers.

5.Indian Railways to use bio-diesel in diesel locomotives 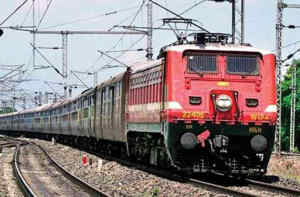 Indian Railways is planning to run its fleet of diesel locomotives using bio-diesel . Indian Railways has informed the Parliament that B-5 Bio-diesel for operation of diesel locomotives by Research Designs and Standards Organization (RDSO)has been tested. Initially, bio-diesel can be used to run diesel locomotives on a pilot basis before railways make its use mandatory. Use of bio-diesel will help in saving on diesel bills of railways. Bio-diesel will also help in reducing emissions, thereby reducing pollution. In 2018-19, the cost of high-speed diesel including freight, taxes was Rs 18,587.14 crore, while in 2019-20 it was Rs 16,030.58 crore. Indian Railways’ diesel expenditure is expected to decline as the Railways seeks to achieve 100% electrification by the end of 2023, however diesel locomotives will be used for freight purposes for a considerable period of time as they have higher efficiencies .

6.Army Commanders’ Conference scheduled from 18 to 22 April 2022 in New Delhi 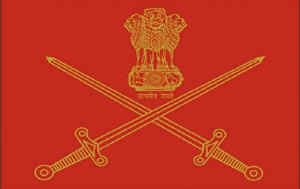 The top commanders of the army’s conference will be held in New Delhi. This conference of military commanders is held twice a year in April and October . In the conference, wide-ranging discussions and important policies for the Indian military are finalised. In this five-day long conference, senior officers of the Indian Army will discuss the border situation, assessment of threats in the entire scenario and preparedness and capacity development to deal with them. The development of infrastructure in the border areas, modernization through indigenous and use of state-of-the-art technology and impact of the Russo-Ukraine war will be the major issues during the deliberations. 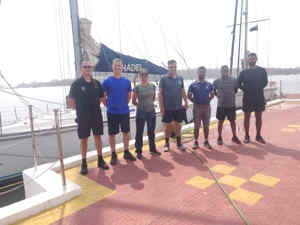 The Indian Navy has launched a Sail Training Capsule of three weeks duration for Officer Trainees (Sub Lieutenants) of the South African Navy (RSAN) at the Ocean Sailing Node (OSN) of the Indian Navy at INS Mandovi, Goa from 28 March 2022 to 16 April 2022. organised. The training program was conducted under the aegis of Indian Naval Sailing Association (INSA) , the apex organization with regard to sail training at the Integrated Headquarters Ministry of Defense (Navy). The training was conducted on board the Indian Naval Sailing Vessel (INSV) Tarini , which orbited the globe with an all-women crew from September 2017 to May 2018 .Had it. The 20 days of training consisted of a port phase and a sea phase of 10–10 days, each of which covered aspects of sailing theory and sea sorties, including night rendezvous flights. 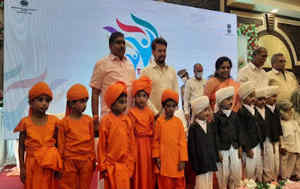 Lieutenant Governor Dr. Tamilisai Soundararajan called on Chief Minister N. In the presence of Rangaswamy , the beach festival Sea Pondy-2022 being organized for the first time in Puducherry (Sea PONDY-2022)inaugurated. Gandhi Beach, Pondi Marina and Sandunes of Paradise Beach will host the four-day festival in Puducherry. Various cultural programs and competitions will be held during the festival. Pondicherry (or Puducherry) was a French colonial settlement in India until 1954, and is currently a union territory bordering the state of Tamil Nadu to the southeast. The French Quarter, with its tree-lined avenues, mustard-colored colonial mansions and stylish stores, preserves the city’s French heritage. Along the Bay of Bengal, a beachfront promenade is traversed by various sculptures, including the 4-metre-high Gandhi Memorial. 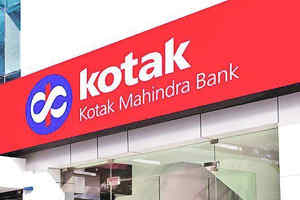 Kotak Mahindra Bank (KMBL) has launched Kotak FYN . It is a new enterprise platform specially designed for business banking and corporate clients . The customers of the Bank can use the portal for carrying out all business and service transactions. According to a press release, the Kotak FYN portal will include several other services by the fourth quarter of 2022, including account services, payments and collections. The portal will also have a dashboard for real-time tracking of transaction limits, access to prior transactions, and upcoming transaction events, inter alia, that consumers can personalise. The system also promises to deliver a tailored experience in small steps along with stability.

The 20th edition of the India-France Joint Staff Talks was held. Focusing on new initiatives within the framework of the existing bilateral defense cooperation mechanism, as well as improving existing defense relations. two day talks parisI took place in a nice, warm and courteous atmosphere. The Joint Staff Consultation between India and France is a platform that aims to improve defense cooperation between the two countries through continuous dialogue at the operational and strategic levels. The 20th edition of the joint dialogue between India and France concluded with an aim to actively enhance defense cooperation. The two-day meeting focused on new projects that come under the existing bilateral defense cooperation, They are also focused on enhancing the ongoing defense ties between the two countries. The India-France Joint Staff Forum was established with the goal of improving strategic and operational defense cooperation between the two countries. It is important to remember that one of the main pillars of the Indo-French strategic partnership is defense and security cooperation. India and France have agreed on the Blueprint for Blue Economy and Ocean Governance. 20th edition of Indo-French Joint Dialogue to improve bilateral blue economy exchanges between the two countries, Ocean governance based on the rule of law and cooperation in providing sustainable and resilient coastal and waterways infrastructure. The Parties will strive towards ocean governance, in particular through coordination among relevant international organizations to ensure the sustainable use of marine resources. India and France share mutual interests in blue economy and coastal resilience. 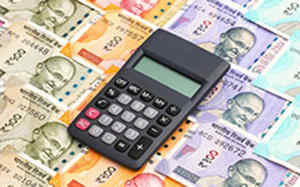 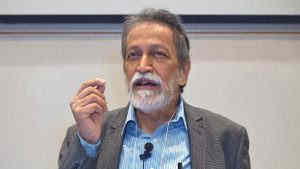 Renowned Indian economist and political commentator, Prabhat Patnaik has been selected for the Malcolm Adisesia Prize 2022 . The award is given annually to an outstanding social scientist selected from the nominations received by a specially constituted National Jury by the ‘ Malcolm and Elizabeth Adisesia Trust ‘ . The award consists of a citation and prize money of Rs 2 lakh. Dr. Patnaik has taught at the Center for Economic Studies and Planning, School of Social Science at Jawaharlal Nehru University (JNU) in New Delhi and has been the Vice Chairman of the Kerala State Planning Board. 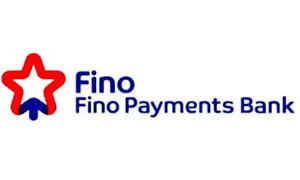 Fino Payments Bank announced that its Board of Directors has approved a 12.19 percent minority strategic investment in New Delhi-based fintech PacePrint Pvt Ltd. Fino Payments Bank is making its first strategic investment since going public. This is in addition to the bank’s Fino 2.0 projects, which include several in-house programs aimed at creating a digital ecosystem for its customers. 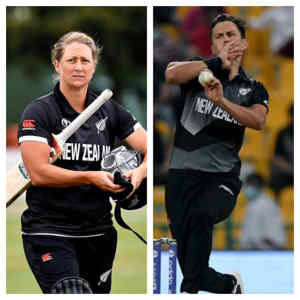 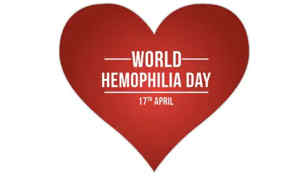 India’s second largest bank, Punjab National Bank celebrated its 128th foundation day on April 12, 2022 . On the occasion of Foundation Day, PNB MD & CEO Atul Kumar Goel has launched cardless cash withdrawal service and virtual debit card for the customers . The bank has also launched various services on its mobile app named PNB ONE for secure banking transactions. PNB was founded by the great freedom fighter Lala Lajpat Rai, who was known as Sher-e-Punjab (Lion of Punjab) in 1894 after being influenced by the Swadeshi movement.