If the government accepts the recommendation of the inter ministerial committee, then the cost of expensive medicines with patent for cancer and other malignant diseases can be reduced. It includes the suggestion of ‘compulsory licensing’ to any Indian company to produce medicines without the permission of the company holding the patent.

Multinational pharmaceutical companies have monopoly on most patented medicines sold in India. These companies openly oppose any scheme for fixing the maximum price limit for such medicines and for compulsory licenses for other companies to produce it. At present, India has a drug business worth 2.3 lakh crore annually. It has about 30 percent of patent medicines, while the rest is from the sale of generic medicines.

The committee has said in its report that it is necessary to create an effective mechanism to control the prices of patented drugs in India. Under the present system, a company prepares a drug after research, then it gets patent for 20 years under the intellectual property rights. After obtaining a patent, the company can stop any other company from producing that drug.

A pharmaceutical penalty would give the whole batch poorly received

may have to pay a penalty equal to if the drug has poor producers the entire batch of maximum retail price (MRP). An official of the Health Ministry said that usually a batch contains 1,000 to 1 million units.

2.Experiments in the production of anti-dumping duty, photography and dye on a chemical in China 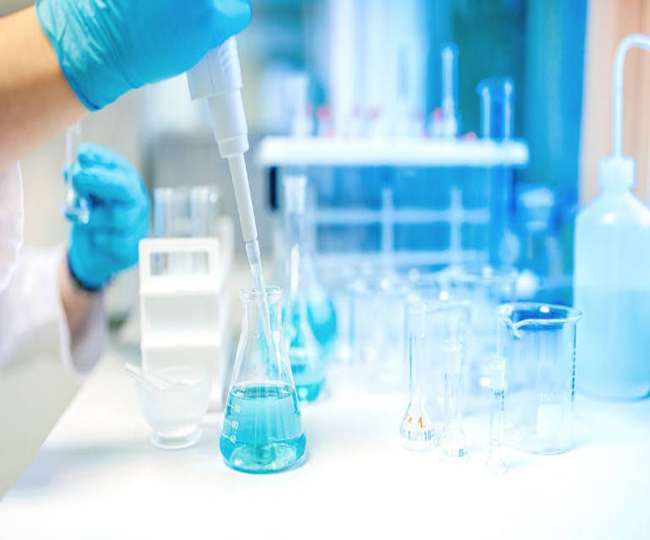 The government has imposed an anti-dumping duty on a Chinese chemical for five years. This chemical is used in the production of photography and dye. The duty of duty is to protect the domestic producers from cheap imports. According to a directive from Central Indirect Tax and Customs Board (CBIC), this fee will be charged from $ 573.92 to $ 1,015.44 per tonne on meta-phanelinediamin (MPDA) imported from China.

Anti-dumping duty has been charged for the second time on import of this chemical. The first charge was to expire in March 2019. This fee has been levied after the recommendation of Directorate General of Trade Remedies (DGTR) working under the Ministry of Commerce and Industry.

The name of DGTR was first Directorate General of Anti Dumping and Allied Duties (DGAD). Anti-dumping duty was imposed on this chemical in March 2014 on the recommendation of DGAD. After this, Aarti Industries requested the DGAD to review the fee on this chemical and request it to continue.

3.Union Budget 2019: Every budget is used to use such words, do you know its meaning 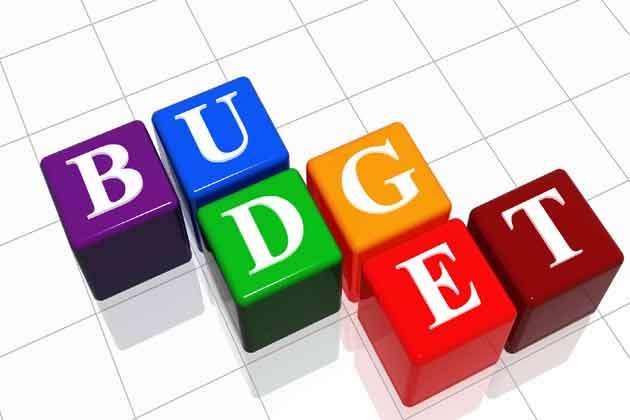 During every financial year, when the finance minister announces budget speech, he uses some of the weighty words associated with the budget, which means that the common people do not know.

If you are unfamiliar with the terminology of the budget or you have less information about them then this news of our budget series is of your work. :-

1.Budget estimates: Such estimates include one-year fiscal and revenue deficit. This means that the amount spent by the Central Government during a financial year and how much it has earned through tax revenue.

2.Non-Plan Expenditure: Such public expenditure that comes out of the category of development work are counted as a non-plan expenditure category. The expenditure on defense expenditure, pension, dearness allowance, flood, drought, hailstorm etc.

4.Plan expenditure: The government budget has roughly two parts – income and expenditure After this, expenditure is also divided into two parts, plan expenditure and non plan expenditure. Estimates of Plan Expenditure are made by various Ministries and Planning Commission, in which roughly all the expenses are incurred which are done on the schemes being run by different departments.

5.Public Debt: The country’s government, which takes loans from general public and financial institutions, is called Public Debt or Public Debt. It is also called government loan or national debt. At any given time, the total debt figure on government gives accurate information about the financial condition of the country.

6.Treasury Bill (T Bill): Central and state governments issue bonds to take loans. The bonds or certificates with a maturity of less than one year are called T-bills or treasury bills. In India, the Central Government issues T-bills only. State Governments only issue bonds. 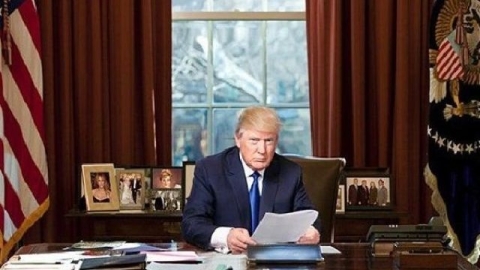 US President Donald Trump on Friday signed a short-term spending bill and finished the country for the last 35 days for three weeks. They took this step in the form of heavy pressure despite not fulfilling their demand of funds from Congress to build a wall on the US-Mexico border.

According to a statement issued by the White House , President Trump has signed additional appropriation bill 2019. Under this, funds have been allocated for the federal government’s expenditure by February 15. Trump announced his decision in his speech in Rose Garden on Friday. They said , this will get the funds for the closure of the current federal government till February 15. Earlier on Friday, Mr Trump and the American Congress had agreed to an agreement to abolish the ceasefire. The two sides also agreed that during this time, Democratic and Republic MPs will try to resolve the differences for the President’s plan to build a wall on the US-Mexico border by negotiating.

5.Agricultural package may be approved soon:- 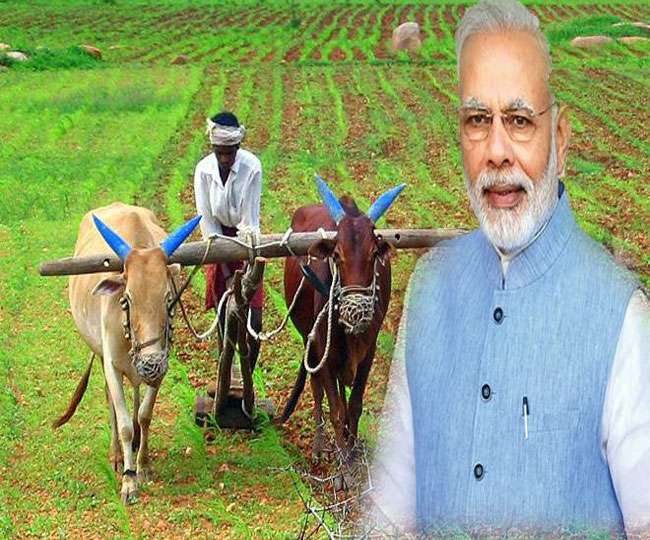 Agricultural package can be quickly approved for increasing the income of farmers and removing the problems of agriculture. Highly placed sources said that the proposal of the Agriculture Ministry to address the problem of decreasing income of small and marginal farmers is included in the agenda for the next meeting of the Cabinet. Significantly, the cabinet meeting was proposed on Monday. But according to sources, this meeting has been postponed.

This proposal of the Ministry is being seen as a big relief to the farmers just before the forthcoming Lok Sabha elections. The Agriculture Ministry has given several options to give relief to the farmers in short and long term considering the problems of farmers. Sources say that the final decision on this is to take the cabinet only because it will require huge capital.

In the measures suggested by the Ministry, there is a proposal to waive interest for the farmers who have repayed the loan on time. If this happens then the government will have an extra burden of Rs 15,000 crore on the treasury. The second proposal is that in case of foodgrains, the entire premium of the crop insurance is borne by the government itself. The government is also reviewing the schemes adopted by states like Telangana and Odisha, where a fixed amount is deposited in the accounts of the farmers.

Tech Mahindra Managing Director and Chief Executive Officer, CP Gurnani said that the presence of the IT sector will lead to global challenges such as Brekgit but digital technology-driven globalization and 5 g mobile telecommunications technology will increase this year’s field of oneself.

He said that investing in the digital sector will benefit the Indian IT industry. The lack of uncertainty and clarity about the breakdown of the government’s work in the US and the breakage in the US are the risks to the IT industry. Although the IT industry is ready for future growth, because technology is key to globalization 4.0 . Guranani said , “Whatever we do, there is a technology at the center , whether it is the issue of skill to solve the issue of sustainability. US 60 in Indian IT expenditureHas a percentage share. We also have to deal with other currencies. All the currency has its equation with the US dollar and in the end it has to balance all of these. The impact of the current geo-political issues is still two or three quarter away. I will wait and see before reaching any conclusion. Guranani said that the Indian IT industry is betting on globalization 4.0 because it will depend on global business technology.

Agriculture Minister Radha Mohan Singh had recently indicated that before presenting the interim budget for the next financial year, the government could announce a major economic package for the farmers. Experts say that the present government does not have much time.

7.Organizing auction of auspicious gifts from the Ministry of Culture, PM Modi, from abroad and abroad:-

Ministry of Culture , Prime Minister Narendra Modi is organizing today’s auction at the prestigious gifts from abroad. Culture Minister Dr. Mahesh Sharma told in a special talk to AIR Radio that the amount received from the auction will be given for Namami Ganges program. He said, ” Our Prime Minister took an emotional decision. He has dedicated all the gifted gifts to the country and abroad to his mother Ganga. On 27th and 28th January, the National Gallery of Modern Art, New Delhi will be an all-inclusive one. I invoke that from the people of those countries Through these gifts, we have a dream of the Prime Minister that all of us come forward to surrender this nominal message to an immovable Ganga and Nirmal Ganga. ” 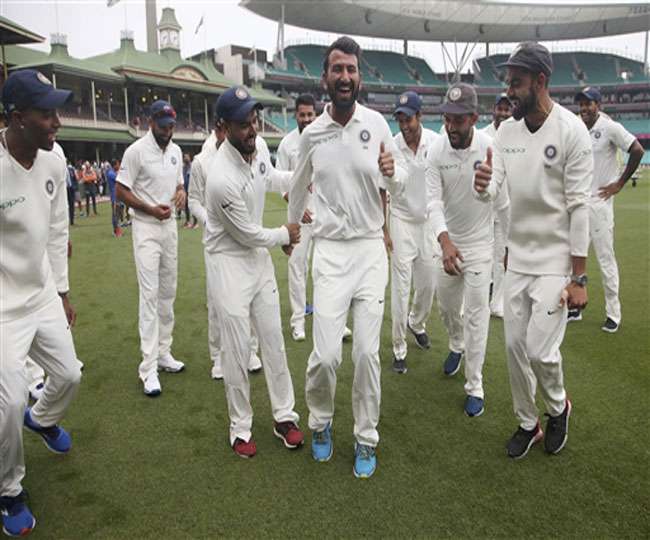 Team India captain Virat Kohli retained his position in the ranking of batsmen in the ICC’s latest Test rankings. At the same time, West Indies captain Jason Holder, who made history by playing 202 in the Barbados Test against England, has jumped two places to become the world’s number one all-rounder.

Kohli had a strong performance in the Test series against Australia. At the same time, Holder played 202 runs in 229 balls against England in the Barbados Test and contributed significantly to the victory of West Indies, taking two important wickets in the first innings with Keyon Jennings and Joe Root. In the all-rounders list, Ravindra Jadeja has slipped to third place and Shakib Al Hasan of Bangladesh has slipped to second place.

Kemar Roach, who hit five wickets for 17 runs in the first innings in the Barbados Test against England, also bounced in the bowling rankings. Now he reached the 20th position with 668 points. In the rankings for Test teams, India retained the number one spot with 116 points, while South Africa finished second with 110 points. England third, New Zealand fourth and Australia are in fifth position.

Saina Nehwal will face Olympic champion Carolina Marin in Jakarta today for the Indonesian Masters badminton title. In the semi-finals, Saina defeated Bigchioyo of China only on Saturday.