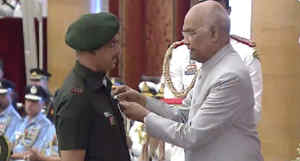 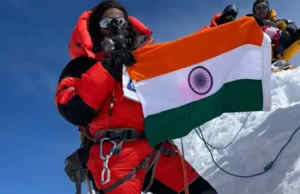 Priyanka Mohite , a resident of Satara in western Maharashtra , on May 05, 2022, has become the first Indian woman to scale five peaks above 8,000 meters after climbing Mount Kanchenjunga . Priyanka successfully completed her expedition to the world’s third highest peak Kangchenjunga (8,586 m) on May 05 at 4.52 pm. Priyanka Mohite was awarded the Tenzing Norgay Adventure Award in the year 2020. He had scaled Mount Annapurna Peak which is the 10th highest peak in the world in April 2021. Its height is 8,091 meters. At the age of 30, Priyanka Mohite has also scaled Mount Makalu at a height of 8,485 meters. She has also climbed Mount Kilimanjaro at a height of 5,895 meters.

3.J&K: LG Manoj Sinha participates in a religious ceremony held at the ruins of the oldest Sun Temple 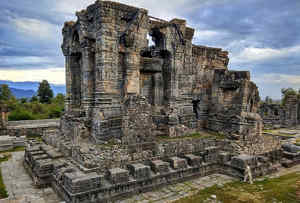 The Lieutenant Governor of Jammu and Kashmir participated in a religious ceremony held at the ruins of the 8th century Martand Sun Temple , a protected monument under the Archaeological Survey of India. This temple has been recognized as “Sites of National Importance”. Martand Sun Temple also known as Pandau Laidan is a Hindu temple dedicated to Surya (the principal solar deity in Hinduism) and was built during the 8th century AD. Another Sanskrit synonym of Martand is Surya. It was built by Lalitaditya Muktapid , the third ruler of the Karkot dynasty . It is now in ruins, as it was built by Muslim rulers.It was destroyed by order of Sikandar Shah Miri . This temple is located at a distance of five miles from Anantnag in the Indian Union Territory of Jammu and Kashmir . From the ruins and associated archaeological findings, it can be said that it was a masterpiece of Kashmiri architecture, which mixed Gandhara, Gupta and Chinese architectural forms. The temple is centrally in the list of protected monuments as Martand (Sun Temple). 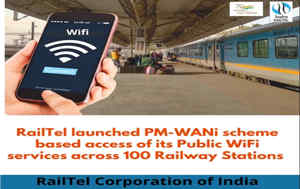 Public Sector Mini Ratna Company RailTel has launched Pradhan Mantri WiFi Access Network Inter Face-PM-Vani Yojana. With this scheme, WiFi services will be made available in 100 railway stations across the country. This scheme of public welfare was launched by Puneet Chawla , Chairman and Managing Director of RailTel. To take advantage of this WiFi network, Android users can download the mobile app Wi.Down from the Google Play Store on their phones . This app has been developed in collaboration with C.DOT . Railwire Service Set Identifier-SSID at Log In StationsIn addition to the traditional method, you can also take WiFi facility from the mobile app by selecting it. PM Vani is an ambitious scheme of the Department of Telecommunications aimed at expanding WiFi network and broadband services to the general public. The government wants to take PM Vani to all six thousand one hundred and two railway stations in a phased manner by June 2022.

5.Pulitzer Prizes for the year 2022 announced in the fields of journalism, book writing, drama and music

The Pulitzer Prizes for the year 2022 were announced yesterday in the fields of journalism, book writing, drama and music . According to the Pulitzer website, the late photojournalist Danish Siddiqui and his three aides Adnan Abidi, Sana Irshad Mattoo and Amit DaveHas been shortlisted for awards in the field of feature photography. Danish Siddiqui, 38, died in Afghanistan last year. Marcus Yam of the Los Angeles Times has been given the award in the Breaking News Photography category. The Washington Post has won the Pulitzer Prize in Public Service Journalism. The award has been given for covering the uprising that took place in the US capital on 6 January. The Pulitzer Prize is considered America’s most prestigious honor in the field of journalism. The award was instituted in the year 1917, which is administered by Columbia University and the ‘Pulitzer Prize Board’. ‘Pulitzer Prize Board’ It is constituted by judges appointed by Columbia University. The award is given in honor of the famous newspaper publisher Joseph Pulitzer. Joseph Pulitzer funded his bequest to start the School of Journalism at Columbia University and institute the prize. 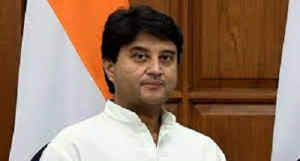 The government will set up 33 new domestic cargo terminals by 2024-2025 which will play a vital role in the growth of India’s cargo sector. Civil Aviation Minister Jyotiraditya Scindia at Air Cargo Forum IndiaSaid this in the annual program of Regarding the reforms in the cargo sector, Shri Scindia said that the industrialists need to focus on transportation of small cargo loads from Tier-II and III cities to metros to achieve the target of 10 million metric tonnes of cargo. He said that this target can be achieved by procuring small size aircraft. For this, 33 new domestic cargo terminals will be set up by 2024-2025, he added. Emphasizing on ease of doing business, Shri Scindia said that paperless processes, automation and digitization are necessary to accelerate the cargo sector. 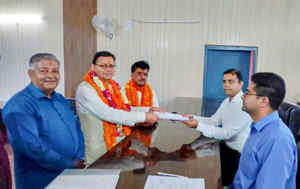 In Uttarakhand , Bharatiya Janata Party candidate and Chief Minister Pushkar Singh Dhami filed his nomination for the Champawat assembly by-election. Congress candidate Nirmala Gahatodi will file nomination on May 11. Polling will be held on May 31 and counting of votes will be done on June 3. 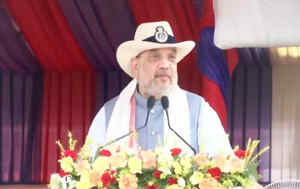 Union Home Minister Amit Shah has said that militancy is almost over in Assam and talks are on with the remaining organizations for lasting peace in the state. Shri Shah said this at a special function to present the President’s Flag to the Assam Police in Guwahati . Assam is the tenth state to get this honor for its excellent services.Is. Shri Shah said that almost all the extremist organizations have joined the mainstream of the society and the government has rehabilitated all of them. After decades, militancy and bloodshed has stopped in the state and peace has returned to the state. The Home Minister said that the Armed Forces Privileges Act was a controversial issue in Assam and the North-Eastern region. The Central Government has recently removed this act in 23 districts of Assam when the situation becomes normal. The Presidential Flag is a special honor given to any military or police unit for exceptional services to the nation in war or in peacetime. Home Minister Amit Shah attends an event organized in Guwahati to mark the first anniversary of the Himanta Biswa Sarma government in Assam.

9.Home Minister Amit Shah has said that the next census will be completely digital with 100% accuracy. 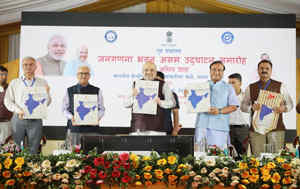 Home Minister Amit Shah has said that the next census will be completely digital with 100% accuracy. He said that the birth and death register would be linked with the census. The Home Minister said that after every birth and death in the country, the census will be updated automatically through electronic process. He said, through the software, the details of people changing their residence and becoming a voter on completion of 18 years will also be updated. Inaugurating the new office building of the Directorate of Census Operations at Amin village in Kamrup district of Assam, he said that the digital census will shape the policies of the country for the next 25 years. He said that the 2021 census was delayed due to the Covid pandemic and it would be completed by 2024. 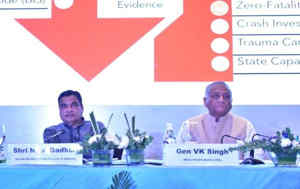 The Central Government is giving top priority to road safety and has set a target to reduce the number of road accident deaths by 50% by 2024 . Road Transport and Highways Minister Nitin Gadkari , at an event, emphasized on tackling road safety issues with stakeholders. He said that road safety is a very sensitive matter. Road accidents should be taken seriously and potential accident sites should be immediately addressed. 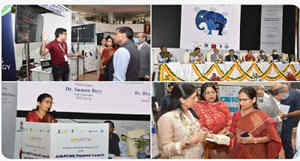 Union Minister of State for Health Bharti Pawar launched Atal Innovation Mission – Prime Playbook in New Delhi . Its aim is to help promote entrepreneurs. It will also help in taking technology from ‘ lab to land ‘ with all the entrepreneurs aspiring to start science based ventures . It also aims to provide necessary information to scientists, startups and incubators apart from their technical ideas. 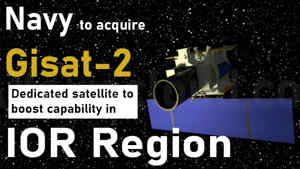 The Indian Navy plans to procure a specialized earth imaging satellite Geo Imaging Satellite-2 (Geo Imaging Satellite/GISAT-2) this financial year as part of its modernization and network-centric warfare and communications programme . The satellite is expected to improve the operational capabilities of the Navy in the Indian Ocean region , which is strategically and geopolitically important given the growing influence of China. 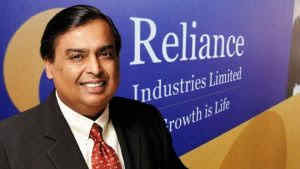 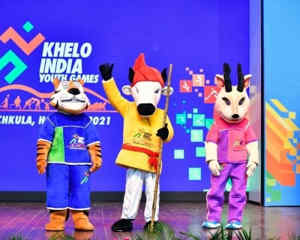 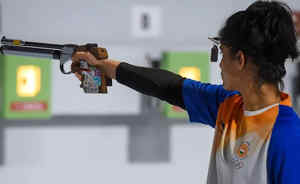 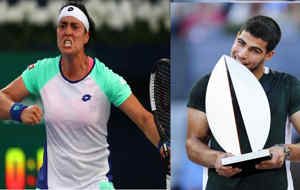 Spain ‘s Carlos Al-Karaj has won the men’s singles title at the Madrid Open tennis tournament . He defeated second seed Alexander Zverev of Germany 6-3, 6-1 in the final. Carlos also defeated his country’s Rafael Nadal and world number one Novak Djokovic of Serbia in the tournament. With this win, Carlos will move up to sixth in the world rankings. He also won the title of Miami Master last month . They have won four titles so far this year. Earlier Tunisia ‘s Ons JebiorWon the women’s singles title. World number 10 player Jebior defeated Jessica Pigula of America 7-5, 0-6, 6-2 in the final . After this win, she has become the first African player to win the Women’s Masters title . She is the number ten player in the world and this is the first time that an Arab tennis player has entered the top ten players in the world . The men’s doubles title was won by the pair of Wesley Koolhoff and Neil Skupski . 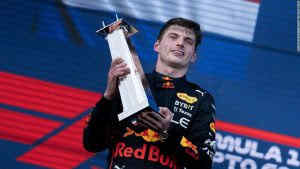 F1 world champion Max Verstappen has defeated Ferrari rival Charles Leclerc to win the inaugural Miami Grand Prix for Red Bull . Leclerc (Ferrari) finished second and Spanish teammate Carlos Sainz (Ferrari) finished third at the 2022 Miami Grand Prix. This is Verstappen’s third win in five races this season. With the 23rd win of his career, he is now only 19 points behind Lakek. 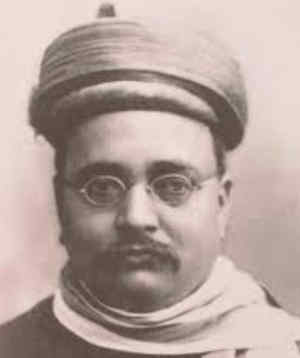 The Prime Minister of India paid tributes to Gopal Krishna Gokhale on his birth anniversary. Gopal Krishna Gokhale was a great social reformer and educationist who provided exemplary leadership to the freedom movement of India . He was born on May 9, 1866 at Kotluk in present-day Maharashtra (then part of Bombay Presidency) .Happened in the village. Gokhale worked towards social empowerment, expansion of education and Indian freedom struggle for three decades and rejected the use of reactionary or revolutionary methods. From 1899 to 1902 he was a member of the Bombay Legislative Council and from 1902 to 1915 he served in the Imperial Legislative Council. While serving in the Imperial Legislative Council, Gokhale was instrumental in formulating the Morley-Minto Reforms of 1909. He was associated with the Moderate Party of the Indian National Congress (INC) (joined in the year 1889). He became the President of INC at the Banaras session in 1905. For the expansion of Indian education, in the year 1905, he established the Servants of India Society. He is the ‘Public Sabha Patrika’ started by Mahadev Govind Ranade. were also associated with. In the year 1908, Gokhale founded the Ranade Institute of Economics. He started the English weekly newspaper ‘The Hitavad’. As a liberal nationalist, Mahatma Gandhi regarded him as a political mentor. Mahatma Gandhi wrote a book ‘Dharmatma Gokhale’ in Gujarati language dedicated to Gopal Krishna Gokhale.