ANSWER: a. 21 April
is observed every year on 21 April as Civil Service Day. On this occasion, the program is organized by the Department of Administrative Reforms and Public Grievances. On this day, officers of the All India Service are rewarded for their best service. This award is given to them for providing best services to the citizens. The main purpose of this day is to re-dedicate and re-commit ourselves to the citizens by the members of the Indian Administrative Service, State Administrative Service.

2. Which country termed the changes in FDI policy by India as a violation of WTO principles?
a. Nepal
b. China
c. Japan
d. Russia

ANSWER: b. China
China criticized India’s new FDI rules. China said on Monday that it is against the principles of the World Trade Organization and is against free and fair trade. To prevent Chinese investment and takeovers of Indian companies during the Corona epidemic, the government took a major step in the FDI rules last week. After this change, no foreign company will be able to merge the acquisition of any Indian company.

ANSWER: c. Rs 2 lakh crore
RBI release said that in view of the situation arising out of the outbreak of corona virus epidemic, it has been decided that after the first half of the current financial year (April to September 2020) To meet the remaining period expenses, the advance amount will be Rs 2,00,000 crore. Earlier, the RBI has also increased the WMA limit from 30 per cent to 60 per cent for states to meet their spending needs. Governments battling the Corona virus are finding it difficult to raise resources amid closed economic activity.

5. Which link has been launched by Road Transport Ministry for the list of Dhabas and truck repair shops on its website?
a. Dashboard
b. Carboard
c. Slashboard
d. Blackboard

ANSWER: a. The
lockdown has been extended till May 3 to prevent the spread of corona virus in the dashboard country. For this reason, the truck drivers working in transportation are facing problems due to the opening of shops and dhabas for food. At the same time, the Ministry of Transport has introduced Dashboard Link to solve this. Its objective is to provide assistance to truck / cargo drivers and cleaners during movement to various places in the country to supply essential commodities in the current challenging times of lockdown declared to overcome the Kovid-19 epidemic. 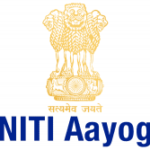 Editorialthe/Hindu Anushka_Academy - October 26, 2020
0
Topic of the day Full Circle: On The Change In Kilogram’s Definition How The Kilogram Has Come To Be Defined, Once Again, In Terms Of...