ANSWER: b. Rs 8000 crore
Air Force Chief RKS Bhadoria informed on 18 May that the Army will no longer pursue its plan to purchase additional Pilatas basic trainer aircraft. There was also a plan to buy additional hawk (trainer aircraft) but this purchase has also been stopped at the moment. There was also another Jaguar re-engineering scheme which was completely dependent on imports, but the Air Force has decided to stop the project as well. Under this plan, Jaguar fighter jets were to be equipped with new engines from Honeywell Corporation of America.

ANSWER: a. The $ 750 million
World Bank has assured $ 1 billion in aid to accelerate India’s COVID-19 Social Security Response Program. Its main objective is to protect vulnerable families affected by the COVID-19 epidemic. This program has increased the World Bank’s total commitment to India from $ 1 billion to $ 2 billion. In April 2020, the World Bank announced financial support of US $ 1 billion.

ANSWER: d. US $ 2 million
This assistance has been provided for major programs and services of the United Nations Relief and Construction Agency, including education and health, during the crisis situation of coronovirus. The United Nations Relief and Construction Agency (UNRWA) has praised India’s support for operating its basic services, a time when the whole world is facing the challenges posed by the Kovid-19 epidemic.

ANSWER: a. Dilip Umain
Indian Steel Association has appointed Dilip Ummen as its new president. His term has started immediately. Earlier, the term of Tata Steel CEO TV Narendran on this post was to end in August. He decided to step down as president on May 1 before that. Dilip Ummen has been unanimously elected president for two years. The statement of the Indian Steel Association said that Dilip Ummen has more than 37 years of experience in the steel industry. He is studying from Indian Institute of Technology (IIT) Kharagpur.

5. Which country’s Prime Minister Thomas Thabane has formally resigned from his post?
a. Liberia
b. Lesotho
c. Mozambique
d. Iran

ANSWER: b. Lesotho
Prime Minister Thomas Thabane of the African country of Lesotho has formally resigned from his post. He was being accused of being involved in the murder case of his ex-wife in 2017. Prime Minister Thomas Thabane said that the time has come for him to retire from the theaters of a great action and take leave from the public office. 80-year-old Thabe had been saying for a long time that he was going to retire. Finance Minister Moketsi Mohoro will be PM in his place. 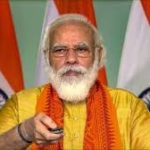