1. Who among the following has recently taken over as the 24th Accountant General Controller?
a. Anil Kaushik
b. Devendra Narayan
c. Soma Roy
d. Jatin Prasad

2. On which of the following days is International Slavery Abolition Day celebrated?
a. 02 December
b. 03 December
c. 30 November
d. 29 November

Answer: a. 02 December
International slavery elimination day is observed every year on 02 December. This day is celebrated to spread awareness about ending human trafficking and exploitation of humans. In the purpose of celebrating this day by the United Nations, it has been said that due to modern methods of slavery, it is still important today. Modern methods of slavery include forced marriages, human trafficking, child labor and forced marriages etc.

4. Which program has been launched by the government to protect children from routine immunization from fatal diseases?
a. Mission Survival 2.0
b. Mission Indradhanush 2.0
c. Mission Ayush 2.0
d. Mission Harmony 2.0

Answer: b. Mission Indradhanush 2.0
This flagship scheme of the government aims to immunize children below 2 years of age and protect pregnant women from preventable diseases. Under this, vaccines for diphtheria, whooping cough, tetanus, polio, tuberculosis, measles, meningitis and hepatitis B have been included. Under this mission, which runs from 02 December 2019 to 02 March 2020, 272 districts of 27 states will be covered.

Answer: a. Akkitam Achuthan
Namboodari Akkitam Achuthan Namboodari was born on 08 March 1926 in Palakkad district of Kerala. Since childhood, he was interested in literature and art. Apart from poetry, Akkitam has also written plays and novels. The Jnanpith Award is the highest award given by the Indian Jnanpith Trust for Indian literature. 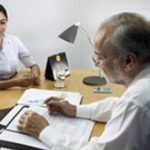