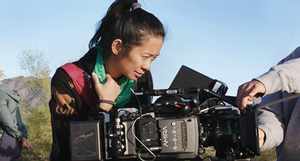 Nomadland has won the Oscar for Best Film . Anthony Hawkins won the award for Best Actor and Frances McDormand for Best Actress. USA of Los Angeles at the awards ceremony held at Chloe go to win the Best Director award for the film Nomedland first black womanHas become. She is also the second woman to have won an Oscar award in this category. Yeon Yoo Jung won the Best Supporting Actress Award for the film Minari. Daniel Kaluyo received the Best Supporting Actor Award for the film Judas and the Black Messiah. Another round of Denmark was awarded the Best International Feature Film. The Oscar Awards ceremony was held at two Los Angeles locations – the Dolby Theater and the Ulian Station.

The United Nations -led Global Children’s Immunization Strategy was announced to allow more than 5 crore children to be given life-saving vaccines from measles and other diseases that have been disrupted due to the Kovid epidemic. The World Health Organization, UNICEF and the Vaccine Alliance said in a joint statement that the new global strategy could save 5 crore lives in less than a decade. World Health Organization chief Tedros Adhanom GrabbiasisHas said that it is imperative that regular vaccinations continue in every country of the world in order not to spread dangerous diseases like measles, yellow fever and diphtheria. A survey by the World Health Organization found that more than one-third of the countries still hold regular immunization campaigns. The joint statement said that about 60 mass vaccination campaigns in 50 countries were currently suspended which put the lives of 22.8 million people, especially children, at risk from measles and polio.

The Central Bank of Russia has raised the interest rate from 4.5% to 5% . This is the second time the apex bank is raising interest rates due to inflationary pressures. According to the bank, inflation in the country will range from 4.7% to 5.2% by 2021. It is expected that Russia will return to its 4% target in 2022.

China has named its first Mars rover as Zhurong after the traditional fire god . Jhurong Tianven -l (Tianwen-L) is a space probe. It reached Mars orbit in February 2021 and will be landing on Mars in May, 2021. With Jhurong, China would become the third country after the Soviet Union and the US to achieve a soft landing on Mars. Also, it will become the second country after America to land a rover on Mars. Jhurong weighs 240 kg and is powered by solar energy. Jhurong has multispectral cameras and equipment for analyzing the structure of rocks.

The Government of India has given complete exemption from basic health cess on import of customs duty on oxygen related equipment for a period of three months . With the rapidly spreading COVID-19 double mutant variant B.1.617 in the country, the demand for medical oxygen exploded rapidly. To meet this high demand, the Government of India is taking several steps. The Government of India announced that 162 medical oxygen plants will be set up in public health facilities. Out of this, 30-30 have already been established in Madhya Pradesh, Karnataka, Bihar, Uttarakhand, Gujarat, etc. 80 plants will be set up by May 2021. The cost of setting up these plants has been estimated at Rs 201.58 crore. Of these, 100 medical oxygen plants will be funded by the PM Care Fund. The Indian government plans to import 50,000 tonnes of oxygen.

The Union Health and Family Welfare Minister recently reported that zero malaria in total 116 districts of India in 2020There have been cases of In 2020, India reduced the disease burden of malaria by 5%. At the same time, India has reduced the deaths due to malaria by 83.6%. According to the World Health Organization, the right mix of vector control measures is preferred. Giving, India achieved this due to strong technical leadership, political commitment to rejuvenation. India was one of eighteen countries supporting the Malaria Elimination Roadmap of Asia Pacific Leaders Malaria Alliance at the East Asia Summit held in Malaysia in 2015. Under this alliance, the leaders agreed to completely eliminate malaria in the region by 2030. India launched the National Framework for Malaria Eradication in the country (2016-2030). The recent achievement is a part of this framework.

The Council of Scientific and Industrial Research recently released the results of the sero survey . The survey was conducted on 10,427 persons. Of these, only 14% showed sero positivity. This survey suggested that there was a decline in neutralizing antibodies. This has increased the likelihood of people getting re-infected. Scientists have concluded from the survey that this could be one of the reasons for the infection spreading in March 2021. Sero-positivity shows a positive result for a particular antibody in a blood test.

Center said that Andaman and Nicobar in Car Nicobar and Nancowry Islands almost 14 thousand five hundred hectares of organic area of organic certification has been granted. This is the first large critical area to receive organic status under the Large Area Certification Scheme . In spite of the prevalence of modern farming practices, there are large areas of hilly areas, tribal districts, deserts and rain-fed areas in India where chemical materials and fertilizers are still not used in farming.

The Center has twenty cryogenic tankers of ten metric tons and 20 metric tons capacityHave imported. To overcome the shortage of oxygen tankers in the country, these have been allocated to various states. These cryogenic ISO containers have been imported to increase the transport of oxygen. The Ministry of Road Transport and Highways has allocated these to suppliers from Madhya Pradesh, Uttar Pradesh, Rajasthan, Delhi and Gujarat after consulting the Department of Promotion of Industry and Internal Trade. The first batch of medical aid from Britain arrived in India. The Ministry of External Affairs said that the consignment consists of 100 ventilators and 95 oxygen concentrators. Several nations including the US, France, Germany, Israel and the European Union have pledged aid to India to combat the Kovid epidemic. These countries said that they would provide oxygen, diagnostic tests, ventilators and protective shells to India.

National Fertilizer Limited has ordered the setting up of four Oxygen plants . These plants will be set up in government hospitals in Noida, Lucknow, Gorakhpur and Bhopal . Each plant will have a capacity of 70 cylinders daily.