1.WhatsApp Pay launches in India, restricted to 20 million users in Phase I: Everything you need to Know:-

WhatsApp Inc has launched its Payment feature- United Payments Interface (UPI)-for all its users in India after receiving due approval from the National Payments Corporation of India (NPCI).WhatsApp’s UPI userbase is available now in almost 10 Indian regional language versions of WhatsApp. All the user would require is a debit card with a bank that supports UPI and then he/ she can set it up straight away.Mark Zuckerberg, chief executive officer at Facebook was quoted saying that WhatsApp Pay can be accessed in the latest version of WhatsApp. Facebook-owned WhatsApp has finally received approval from NPCI to launch its payment feature after a two-year-long wait mired by a lot of legal issues. 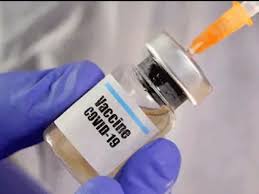 A made in India COVID-19 vaccine can be launched as early as February 2021, months earlier than expected. A senior government scientist has informed that the last-stage trials of the vaccine have begun in November and studies have so far shown that it is effective and safe. Rajni Kant, a senior ICMR scientist, who is also a member of its COVID-19 task force while informing about COVAXIN stated that the vaccine has shown good efficacy. COVAXIN is being developed by a private company Bharat Biotech in association with the government-run Indian Council of Medical Research (ICMR). Earlier, it was announced that the vaccine will only be launched in the second quarter of 2021. However, now it is expected by the beginning of 2021, February or March. A launch of COVAXIN in February 2021 will make it the first Indian vaccine to be rolled out.

3.International Day for Preventing the Exploitation of the Environment in War and Armed Conflict: 06 November:-

The International Day for Preventing the Exploitation of the Environment in War and Armed Conflict is an international day observed annually on November 6.It was established on November 5, 2001 by the United Nations General Assembly, during Kofi Atta Annan’s tenure as Secretary-General.At the time of war, it affects the ecosystem such as water supply is poisoned, the forest is burnt, animals killed, etc. Though humanity has always counted its war casualties in terms of dead and wounded soldiers and civilians, destroyed cities and livelihoods, the environment has often remained the unpublicized victim of war.

The Vice President M Venkaiah Naidu launched the ‘International Satavadhanam’ program virtually. Avadhanam’ is like a test of the poet’s literary prowess and involves solving tricky literary posers, improvising poems and tests a person’s capability of performing such multiple tasks simultaneously. The event was organized by Dr. Medasani Mohan under the auspices of Sri Krishnadevaraya Satsang in Tirupati. Avadhanam is a literary performance popular from the very ancient days in India. 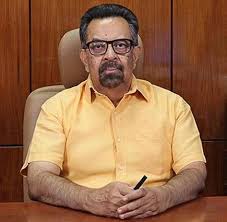 National Dairy Development Board (NDDB) Chairman, Dilip Rath has been unanimously elected to the board of global dairy body International Dairy Federation (IDF). He has been associated with IDF for the last 10 years as Member Secretary of Indian National Committee and as a member of the Standing Committee on Dairy Policy and Economics. Rath has played a key role in signing the Dairy Declaration at the IDF World Dairy Summit in Rotterdam in October 2016 between IDF and the Food and Agriculture Organization (FAO). India ranks first among the world’s milk-producing nations and has the largest bovine population in the world. 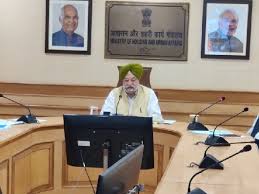 The Union Ministry of Housing and Urban Affairs will be organizing the day-long 13th Urban Mobility India Conference on November 9, 2020, through video conference.The theme of this year’s conference is ‘Emerging Trends in Urban Mobility’. It will focus on the innovative measures taken at the international and national levels in order to address the challenges posed by the Coronavirus pandemic to provide convenient and accessible transport to the people.The Union Minister Hardeep Singh will inaugurate the event and will deliver the inaugural address. While the founder and senior advisor of M/s. Gehl Architects, Prof. Jan Gehl will give the keynote address. Mr. Ghel is a renowned Danish architect, a professor, an urbanist as well as the founder of Modern Urban Planning.