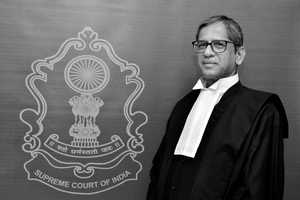 The International Monetary Fund has raised India’s growth rate for the financial year 2021-22 to 12 and a half percent . The Fund has stated in the latest World Economic Outlook report that India’s GDP is estimated to be one percent higher than the growth rate shown in the previous report published in January this year.

The Ministry of Information and Broadcasting has urged private TV channels to create awareness about the message of medicine as well as strictness and give a message to follow Kovid rules and get vaccinated to eligible people. The Ministry has issued an advisory to all private television channels in view of the increasing cases of Kovid in the country.

India virtual hosted the first meeting of BRICS Finance Ministers and Governors of Central Banks on 6 April 2021 . The meeting was jointly chaired by the Union Finance and Corporate Affairs Minister Smt Nirmala Sitharaman and the Governor of Reserve Bank of India , Shri Shaktikanta Das . The meeting was attended by the Finance Minister of the BRICS countries and the governors of their central banks. India’s focus as BRICS President in 2021 is to increase cooperation, bring consistency, strengthen ties and build consensus among the BRICS countries.

Professor Suman Chakraborty has been selected for the 30th GD Birla Award for Scientific Research for its outstanding contribution to engineering science and its applications in developing technologies for affordable healthcare. He is the Indian Institute of Technology (IIT), Kharagpur.K is a faculty member in the Department of Mechanical Engineering. He is credited with establishing the first microfluidics laboratory in the framework of an educational institution in India to study the small flow of fluids through small channels. Apart from being an eminent academic, Chakraborty has invented technologies that are not only patented, but also licensed to industrial houses for commercialization. Established in 1991, the award recognizes eminent Indian scientists under the age of 50 for their original and outstanding contributions to any branch of science or technology. The award includes a cash prize of Rs 5 lakh. The recipient is elected by a selection board, headed by Professor Chandrima Shah (President of the Indian National Science Academy (INSA), Chandrima Shaha).

Lawrence Gusman professor emeritus of computer science, Alfred v. Heigh (Alfred V. Aho) by 2020, Association for Computing Machinery (ACM) AM Turing Award , informally named Nobel of ComputingIt is said. Ego shared the award with his longtime collaborator Jeffrey David Ullman. Ego and Ullmann began working together at Bell Labs in 1967 and their initial efforts included developing efficient algorithms to analyze and translate programming languages. Even when Ullmann began a career in academia in 1969, while staying at Ego Bell Labs, he continued his collaboration for several decades and shaped the foundations of programming language theory and implementation, as well as algorithmic design and analysis. . Turing Award, Google, Inc. Provides a $ 1 million award with financial support provided by. It is named after Alan M. Turing, a British mathematician who has elucidated the mathematical foundations and limitations of computing.

Foreign Minister S Jaishankar calls Russian Foreign Minister Sergey Lavrov in DelhiTook delegation level talks with. Later at the Joint Correspondent Conference, Dr. Jaishankar explained that preparations for the visit of Vladimir Putin were discussed prominently in connection with the annual summit to be held later this year. He said that there is impressive and far-reaching cooperation between the two countries. Mr. Jaishankar said that nuclear, Long-term participation in the space and defense sector was negotiated. He said that various issues related to connectivity were discussed, including the International North-South Transport Corridor and the Chennai-Vladivostok Marine Corridor. Mr. Jaishankar praised Russia for its assistance in India’s Gaganyaan program. He said that the developments in and around Afghanistan were also discussed because the events in Afghanistan have a direct impact on India’s security. The Russian Foreign Minister said that under the concept of Made in India, talks were made about manufacturing of Russian military equipment in India.

Minister of State for Education Sanjay Dhotre (Sanjay Dhotre) will attend the meeting of Education Ministers of E9 countries . The meeting will be organized under the E9 initiative: Scaling up digital learning to accelerate progress towards Sustainable Development Goal 4 theme. During this meeting, leaders will launch an initiative on digital learning and skills. This initiative is intended to target marginalized children and youth. This initiative will primarily accelerate three of the 2020 Global Education Meeting objectives. They are as follows:

The 2020 Global Education Meeting was organized by UNESCO. It served as a unique platform for exchanges between high level leaders and policy makers.

Vice M0 Vankeyanaidu the Dandi in Gujarat in the National Salt Satyagraha Memorial addressed the closing ceremony. Prime Minister Narendra Modi flagged off the Dandi March from Sabarmati Ashram on March 12 . The Vice President said that politically people can be opposed to each other, but all are Indians and everyone should work together for the development of the country.

Russian President Vladimir Putin has signed a law under which he can stand for the presidential election again . Several provisions have been made in the law based on amendments to the constitution. One of these new amendments relates to the limit of the number of presidential terms of an individual. This will apply to the incumbent president, irrespective of the tenure he had previously held. Now the incumbent President can contest two more elections. According to the law, a person must be a citizen of Russia for candidacy in the presidential election, should not be less than 35 years of age and must have been a resident of Russia for at least 25 years. It should also not hold citizenship of any other country, permanent residence permit.

NCP leader Dilip Vlse Patil said Maharashtra ‘s new home minister took over. After taking charge, Mr. Patil said that he has accepted the responsibility of this important post in difficult and challenging times. He said that he would ensure clean police administration, without political interference. Mr. Patil had the charge of the Ministry of Labor which has been assigned to Hasan Mushrif. Deputy Chief Minister Ajit Pawar will look after the Excise Department. Shri Patil has replaced Anil Deshmukh. He had resigned from the post of Home Minister yesterday after a Bombay High Court order to conduct a preliminary inquiry into the corruption charges leveled against former Anil Deshmukh by former police commissioner Parambir Singh.

The Board of Executive Directors of the World Bank has approved projects worth US $ 32 million to improve the management capacity and quality of health services in Mizoram . The project titled “Mizoram Health System Strengthening Project” will strengthen the governance and management structure of Mizoram Health Department and its subsidiaries. This project will support the efforts of the state government to provide quality healthcare to the poor and vulnerable people and those located in remote areas.

US President Joe Biden has decided not to extend the visa restrictions imposed by former President Donald Trump . The sanctions imposed by former US President Donald Trump in June last year focused primarily on H1-B visas , with some of the implications of these restrictions being L-1 visas.But it was also lying. The primary impact of these restrictions imposed by President Trump was seen on the hospitality industry workers and students working alongside studies. Amid nationwide lockdown and the corona virus epidemic, President Trump announced that many temporary or ‘non-immigrant’ visa categories applicants, including H1-B, had their entry into the US suspended. President Trump had argued that the US labor market was adversely affected by these visa programs. People seeking employment in the United States are required to obtain an H1-B visa. The H1-B visa is in fact a visa granted to non-immigrant citizens seeking employment in the United States under sections 101 (a) and 15 (h) of the Immigration and Nationality Act. It also allows US employers to temporarily hire foreign employees in specialized occupations.

BP Kanungo has relinquished the post of deputy governor of the Reserve Bank of India after his term ends on 2 April, lowering all expectations of his term extension . He was appointed as deputy governor for three years in 2017. His term was extended by another year in 2020. Other deputy governors of RBI, Rajeshwar Rao, M.K. Jain and Michael Patra.

Indian Railways has recently closed the arch closure of Chenab Bridge , the world’s highest railway bridge.Has been completed. This bridge is a part of the Udhampur-Srinagar-Baramulla Rail Link Project. The arch closure was one of the most difficult parts of the bridge. The total weight of this arc is 10,619 MT. The “Tekla” software was used for the structural description of the arc. The steel used in the arch can withstand -40 ° C. The span of the arch is 467 meters and the length of the arch is 480 meters. This bridge is being built over the Chenab River. The river has a central span of 467 meters. It is being built at an elevation of 359 meters above the river bed. This bridge is also taller than the Qutub Minar of Delhi, which has a height of 72 meters. And it is also taller than the Eiffel Tower in Paris, which is 324 meters high. Chenab Bridge is located in Reasi district of Jammu and Kashmir.

Shabbir Hussain Shekhamand Khandwala (Shabir Hussein Shekhadam Khandwawala) has become the new chief of the BCCI Anti-Corruption Unit before he served as the Director General of Police (DGP) of Gujarat. He will take over the 70-year-old Ajit Singh, a 1973-batch IPS officer whose term ended on 31 March. After retiring as Gujarat DGP at the end of 2010, Khandwala worked as a consultant with the Essar Group and was also part of the central government’s Lokpal search committee.

Malayalam screenwriter, filmmaker, playwright and actor, p. Balachandran has died (P. Balachandran). He was popularized by the play Paavam Usman for which he won the Kerala Sahitya Akademi Award and the Kerala Vocational Drama Award in the year 1989, Balachandran played Ulladakkam (1991), Pritham (1994), Agnidevan (1995), Punaradhivasam (2000). And has written several films including Kammatti Padam (2016). He made his directorial debut with Ivan Meghroopan (2012). He has also acted in a few films, the most notable of which is Trivandrum Lodge (2012).

The United Nations celebrates 6 April every year as the International Day of Sport for Development and Peace. Sports historically play an important role in all societies, whether it is competitive sports, physical activity, or sports. The game also represents a natural partnership for the United Nations (UN) system. Sports can help promote fairness, team building, equality, inclusion and persistence. Sports and physical activity can help us in times of crisis, like COVID-19, to reduce concerns and improve physical and mental health. Professional sports also provide employment and income to many people around the world and is an integral area for the economic success of many communities and regions.