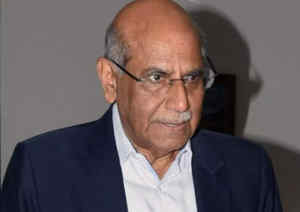 Former Foreign Secretary Shyam Saran will be the new President of India International Center (IIC) . He will succeed N N Vora whose five-year term has come to an end. The IIC is headed by one of the Life Trustees who are elected by the Board members. It states that the former foreign secretary is the senior most among the ‘life trustees’ and the board unanimously elected him as the next chairman. Saran was Foreign Secretary from July 2004 to September 2006. He has since served as the Prime Minister’s Special Envoy on Nuclear Affairs and Climate Change. He was also the chairman of the National Security Advisory Board under the National Security Council from 2013-15. He has also been awarded the Padma Vibhushan. 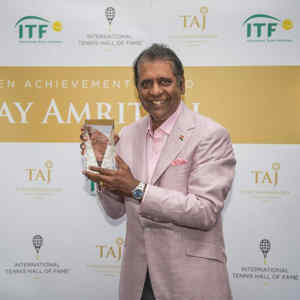 India’s Vijay Amritraj has been honored with the 2021 Golden Achievement Award . The International Tennis Hall of Fame and the International Tennis Federation confer the Golden Achievement Award in the year. This award is given to a person in tennis, who has made a significant contribution to take tennis forward in the field of administration, promotion and education at the international level. Vijay Amritraj has rendered long and outstanding service towards this sport. The award was given at a special ceremony in London in the honor of Amritraj. Amritraj is known among the important players of tennis in the world. Amritraj was an Indian player who converted professional tennis into the ATP Tour.

3.Prime Minister Narendra Modi arrives in Germany to attend the G-7 Summit of the Group of Developed Countries 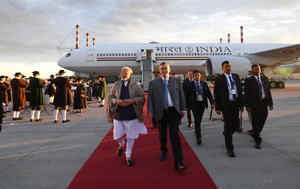 Prime Minister Narendra Modi arrived in Munich , Germany to attend the G-7 summit . Shri Modi was warmly received by the people of the Indian community living there. Shri Modi will also hold bilateral talks on various issues apart from participating in discussions with G-7 countries and invited international organizations. The G-7 countries include Canada, France, Germany, Italy, Japan, Britain and the United States . On his way back from Germany, Shri Modi will stop in Abu Dhabi , United Arab Emirates . On Tuesday, the President and Ruler of Abu Dhabi, Sheikh Mohammed bin Zayed Al Nahyan.Will meet you On this occasion, Mr. Modi will personally convey his condolences on the passing away of Sheikh Khalifa bin Zayed Al Nahyan , former President of the Emirates and Ruler of Abu Dhabi . 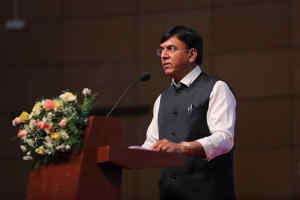 Union Health Minister Dr. Mansukh Mandaviya has said that the Central Government will launch ‘ One Nation One Dialysis ‘ program, so that people living on dialysis will be able to undergo dialysis anytime, anywhere in the country. Dr. Mandaviya participated in a cycle rally organized by the National Health Mission at Marina Beach . Later he attended Tamil Nadu Government ‘s Multi-Super Specialty Hospital in Chennai.’ Visited. He oversaw the Department of Robotic Surgery and the Center for Detection of Abnormalities in Early Pregnancy. Shri Mandaviya laid the foundation stone of the Central Government Health Scheme- Wellness Center through video conference at Avadi on the outskirts of Chennai. The Union Minister, while interacting with the health officials of the Central and State Governments, said that the aim of the Center is to make the country malaria free by the year 2030. 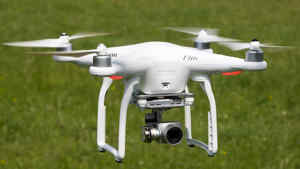 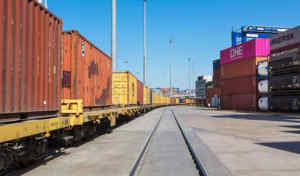 World Bank (WB) has committed USD 245 million to support the Railway Logistics Project .loan has been approved. The loan will support India’s efforts to modernize rail freight and logistics infrastructure. Indian Railways’ capacity constraints have limited volumes as well as reducing the speed and reliability of shipments. Thus, railways is losing market share to trucks over time. The market share was 32 per cent in 2017-18, compared to 52 per cent a decade ago. Rail Logistics Project will help India to move more traffic from road to rail. thus, This will make freight and passenger transport more efficient. It will also reduce greenhouse gas emissions (GHG) by millions of tonnes every year. It will encourage private sector investment in the railway sector. The project will also focus on harnessing commercial financing by developing a customer-oriented approach and involving the private sector. This will help strengthen the institutional capacity of the Dedicated Freight Corridor Corporation of India Limited (DFCCIL). 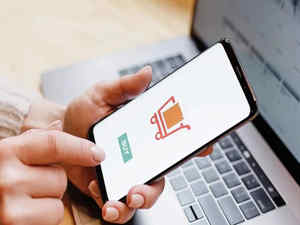 According to the Union Ministry of Commerce and Industry, seven companies have adopted the ONDC protocol and created their own ONDC-friendly apps. These apps have been able to successfully complete the cascade transactions in the ONDC network during the pilot phase. Cascade transactions were completed in the grocery, food and beverage segments in areas like New Delhi, Bengaluru, Shillong, Bhopal and Coimbatore. This information was given by Union Minister Piyush Goyal during the ONDC Advisory Council meeting. In this meeting the progress made in the project was reviewed. The meeting also discussed plans to launch the platform rapidly for a large number of merchants, geographies, companies and categories of goods. ONDC stands for ” Open Network for Digital Commerce “” Is. The pilot phase of ONDC was launched on April 29, 2022 by the Department for Promotion of Industry and Internal Trade (DPIIT), Ministry of Commerce and Industry. It is a UPI-type protocol. The protocol was launched in five cities to democratize the fast-growing e-commerce sector, reduce the dominance of online retail giants as well as help smaller retailers. On ONDC, sellers and buyers will be able to transact irrespective of their attachment with a specific e-commerce portal. 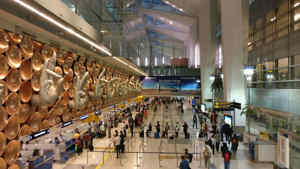 Delhi Airport or Indira Gandhi International Airport has become the first airport in the country to run entirely on hydro and solar energy from this month, a move that aims to achieve the goal of ‘ Net Zero Carbon Emission Airport ‘ by 2030. Part of the goal of the airport. Delhi International Airport Limited (DIAL), a GMR Infrastructure Limited-led consortium that manages and operates the Delhi airport, has entered into an agreement with a hydroelectric generating company from Himachal Pradesh to supply hydroelectric power to the airport by 2036. Long term Power Purchase Agreement (PPA) has been signed. 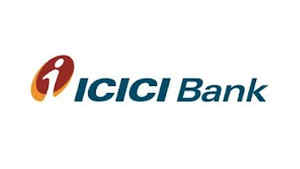 Country’s largest private sector bank ICICI Bank has decided to launch a special digital banking platform for students and their parents . The name of this platform will be Campus Power . This digital platform will help in meeting the needs of the students as well as their parents and different colleges and universities. It helps the students to overcome various types of problems along with digital banking. 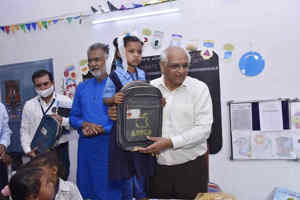 In Gujarat , Chief Minister Bhupendra Patel has launched the 17th ‘ Shala Praveshotsav ‘ campaign to enroll students in primary schools of the state . The three-day enrollment drive began from Memadpur Primary School in Vadgam taluka of Banaskantha district. Chief Minister Patel said that the dropout rate of students has come down drastically after the massive enrollment drive of the children. He said that the drop out rate has come down from 37.22 per cent in 2002 to just 3.07 per cent.

11.Government of India to transfer NDPS from Ministry of Finance to Ministry of Home Affairs 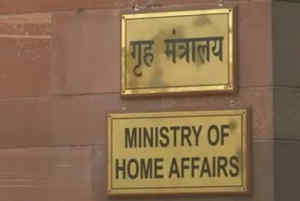 Government from Ministry of Finance to Ministry of Home Affairs on Administration related to Narcotic Drugs and Psychotropic Substances Act, 1985 (NDPS) and Prevention of Illicit Trade in NDPSconsidering handing over. The government says that this step is being taken to bring all the cases related to narcotics under one department. The Narcotic Drugs and Psychotropic Substances (NDPS) Act 1985 and the Prevention of Elicit Traffic in Narcotic Drugs and Psychotropic Substances Act, 1988 are currently administered by the Department of Revenue (DoR) in the Ministry of Finance. . While the Narcotics Control Bureau is under the control of the Ministry of Home Affairs. The transfer of two Acts under the administration of the Department of Revenue to the Ministry of Home Affairs is currently being discussed. Under the terms of the NDPS Act, the Narcotics Control Bureau (NCB) is the premier law enforcement and intelligence organization entrusted with the responsibility of preventing the use and trafficking of illegal substances. 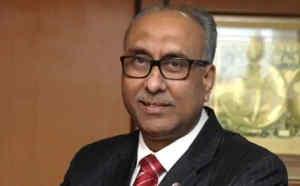 BSE is now headed by public interest director S.S. Above Mundra . SS Mundra retired as the Deputy Governor of Reserve Bank of India on July 30, 2017. Prior to this, he held the positions of Chairman and Managing Director in Bank of Baroda, till his retirement in July 2014. He will replace the current chairman of BSE, Justice Vikramjit Sen.

13.NSE and BSE approve the merger of PVR-INOX 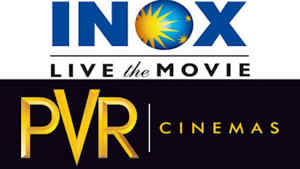 The Bombay Stock Exchange (BSE) and the National Stock Exchange (NSE) have approved the merger of multiplex chain PVR and Inox Leisure . According to their separate exchange filings, PVR and Inox Leisure received observation letters with “no unfavorable observations” and “no objections” from BSE on June 20 and 21, respectively. According to the documents, the Competition Commission of India (CCI) will have to provide necessary regulatory licenses before going ahead with the merger plan. 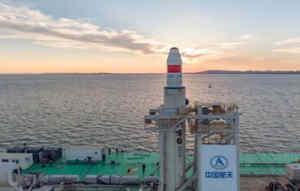 15.Madhya Pradesh won the title by defeating Mumbai by six wickets in the final of Ranji Trophy cricket 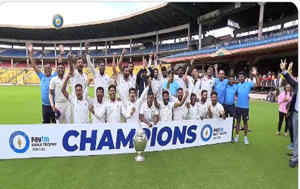 In the final of Ranji Trophy cricket , Madhya Pradesh won the Ranji Trophy title for the first time by defeating Mumbai by six wickets at the M. Chinnaswamy Stadium in Bengaluru . Madhya Pradesh achieved the target of one hundred and eight runs in 29 overs and five balls to win in the second innings. 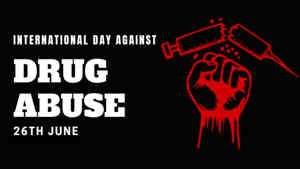 Every year, the International Day against Drug Abuse and Illicit Trafficking is observed by the United Nations on 26 June . This day is being celebrated since 1989. June 26 is the date chosen to commemorate the end of the opium trade by Lin Zexu in Guangdong. According to the United Nations World Drug Report, the value of illicit drugs in the world is USD 322 billion per year. The World Drug Report also states that around 269 million people used drugs in 2018 and this is 30% more than in 2009.