India’s deadly encounter with China in the Galwan Valley is not an outlier in Beijing’s recent behaviour in Asia. China’s coronavirus “mask diplomacy” has given way to tense geopolitical confrontations with a growing array of its neighbours, from stand-offs with Vietnam and Malaysia in the South China Sea to threatening Australia with boycotts of wine, beef, barley, and Chinese students. Catalyst for change
Beijing’s blatant aggressiveness is accelerating long-standing debates about the underlying costs of reliance on China and spurring support for closer coordination between other Indo-Pacific partners. The Indian, Japanese, Malaysian, and Australian governments have all taken concrete steps to reduce their economic exposure to Beijing, spanning investment, manufacturing, and technology. India and Australia recently inked a new military logistics agreement in the “virtual summit” between Prime Ministers Narendra Modi and Scott Morrison, and a similar agreement between Delhi and Tokyo may follow. The Quadrilateral Dialogue between Australia, India, Japan, and the United States is growing stronger and even expanding. And recently as well, Association of Southeast Asian Nations (ASEAN) Foreign Ministers issued one of their strongest statements to date on the South China Sea, insisting that maritime disputes must be resolved in accordance with the UN Law of the Sea treaty. Other responses are bottom-up. Chinese cyberbullying of a Thai film star spawned a new “Milk Tea Alliance”, thus named after the popular beverage, to forge solidarity between Taiwanese, Hong Kongers, and Southeast Asians online. Overtly rejecting China’s attempts to play up support for the “One China” principle, online supporters quickly propelled a hashtag that translates as “Milk Tea Is Thicker than Blood” to nearly one million tweets in a matter of days. It also garnered the praise of Hong Kong activist Joshua Wong, who called for “pan-Asian solidarity that opposes all forms of authoritarianism”.

Confrontation (noun) – a hostile or argumentative situation or meeting between opposing parties.

Spur (verb) – give an incentive or encouragement to

Concrete (adjective) – existing in a material or physical form

Solidarity (noun) – unity or agreement of feeling or action, especially among individuals with a common interest

Garner (verb) – gather or collect (something, especially information or approval) 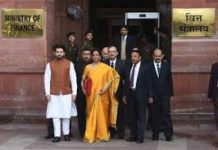 Editorialthe/Hindu Anushka_Academy - January 16, 2021
0
Topic - Caught Napping: On Nipah Outbreak In Kerala “Kerala Makes Up For Lost Focus By Acting Quickly On The Nipah Outbreak” A year after Kerala’s prompt action quickly brought the...