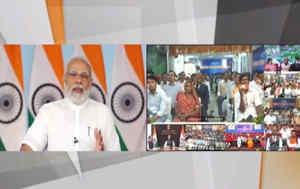 Prime Minister Narendra Modi launched the Redeveloped Distribution Sector Scheme , a flagship program of the Ministry of Power . The objective of the scheme is to improve the operational efficiency and financial stability of the distribution companies-discoms and power departments . The scheme is being implemented with an outlay of over Rs 3 lakh crore for a period of five years from the financial year 2021-22 to 2025-26 . It aims to provide financial assistance to discom companies for modernization and strengthening of power distribution infrastructure, thereby improving the reliability and quality of supply for consumers. Shri Narendra Modi through video conference during the programUjjwal Bharat Bright Future – Power @ 2047 ‘ scheme inaugurated. During the programme, the Prime Minister also laid the foundation stone and inaugurated various green energy projects of NTPC worth more than five thousand two hundred crore rupees . Shri Modi also inaugurated 100 MW Ramagundam Floating Solar Project in Telangana and 92 MW Kayamkulam Floating Solar Project in Kerala . He also supported the 735 MW Nokh Solar Project in Rajasthan , Green Hydrogen Mobility Project in Leh and Green Hydrogen Blending Project with Kawas Natural Gas in Gujarat .laid the foundation stone of On this occasion, Shri Modi launched the National Solar Rooftop Portal . Complete information about rooftop solar power plant will be found on this portal.

2.Point 5140 at Drass, Kargil was renamed as ‘Gun Hill’ to appropriately acknowledge the contribution of ‘Guns and Gunners’ in “Operation Vijay”. 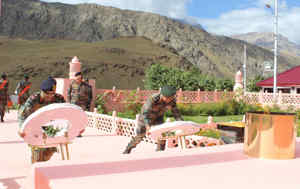 To celebrate the victory of the Indian Armed Forces and to commemorate the supreme sacrifice of the gunmen in Operation Vijay , Point 5140 in Dras , Kargil Sector has been renamed as Gun Hill . The lethal and precise fire of the Artillery Regiment of the Indian Army was capable of impacting the enemy and its defenses including 5140 points and played a vital role in the early completion of the operation. Lt Gen TK Chawla on behalf of the Artillery Regiment and the Director General of Artillery along with the veterans who took part in Operation Vijay laid wreath at the Kargil War Memorial in Dras. Retired soldiers of all artillery regiments were present in the ceremony. These soldiers got the title of Kargil in Operation Vijay. 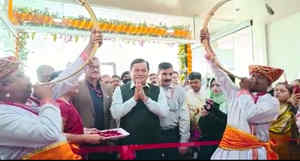 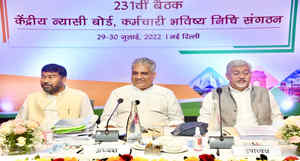 Labor and Employment Minister Bhupendra Yadav launched the face recognition system for digital life certificates in New Delhi . This will help the elderly pensioners who face difficulties in establishing identity through fingers or eyes through biometrics. Shri Yadav also released Pension and Employee Deposit Linked Insurance Scheme- EDLI calculator on the occasion. With this, pensioners and their families will be able to calculate pension and insurance benefits. Shri Yadav presided over the 31st meeting of the Central Board of Trustees of Employees’ Provident Fund Fund in New Delhi. During the meeting, the Board gave in-principle approval to the proposal for central distribution of pension to improve the services of EPFO ​​for pensioners.

5.Electricity provided to households in rural areas through Saubhagya scheme in Jammu and Kashmir 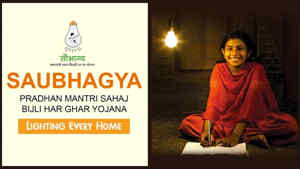 Electricity to households in rural areas under Saubhagya scheme in Jammu and KashmirDelivered. Apart from this, solar photo voltaic based standalone system has been provided to rural households in remote and inaccessible areas where electricity is not available. Under this, more than 3.5 lakh houses have been electrified so far. For the first time after 74 years of independence, electricity has been provided to rural households in village Saddal in Udhampur district and Ganauri-Tanta in Doda district. Mobile apps like ‘Gram Jyotidoot’, ‘Urja Vistaar’ have been prepared for issuance of electricity connections. The ‘Saubhagya Rath’ scheme of the Ministry of Power is also being run in all the districts. The objective of this scheme of the central government was to provide electricity to all the houses of the country in a given time period. The scheme was launched in September 2017 and was to be completed by December 2018, but has since been extended. 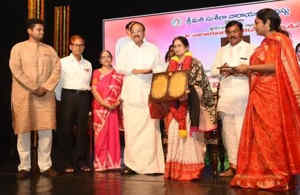 The Vice President of India presented the Dr. C. Narayana Reddy National Literary Award to eminent Oriya writer Dr. Pratibha Ray in Hyderabad .be provided. The novels and short stories of Dr. Ray, the famous Odia language writer, have been highly appreciated and important social issues have been raised in them. He has been awarded the Jnanpith Award in the year 2011, the Padma Shri in the year 2007 and the Padma Bhushan in the year 2022. Speaking on the occasion, the Vice President recalled the “invaluable contribution” of Dr. C. Narayana Reddy to Telugu language and literature and said that his writings have mesmerized a large number of Telugu people. Referring to Dr. Reddy’s epic ‘Vishwambhara’, the Vice President said that it beautifully describes the complex relationship between man and nature. For this he was awarded the Jnanpith Award. The program was attended by the Minister of Agriculture in the Government of Telangana, award winner Dr. Ray, eminent Telugu writer Volga (Lalita Kumari), Dr. C. 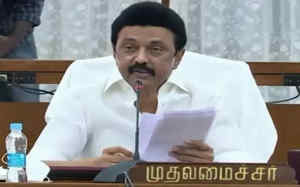 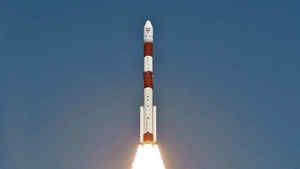 The Indian Space Research Organization (ISRO) , through its commercial arm , has earned USD 2790 million in foreign exchange by launching satellites for global customers . This information was given by the Union Minister Jitendra Singh in a written reply to a question in the Lok Sabha. He said that ISRO has successfully launched 345 foreign satellites from 34 countries from its Polar Satellite Launch Vehicle (PSLV) . Singh said the total foreign revenue earned through the launch of foreign satellites is around US$ 56 million (one million = 10 lakh) and €220 million. 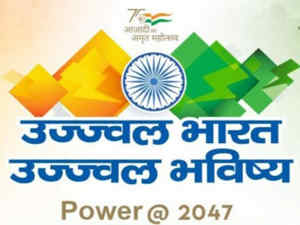 The Ministry of New and Renewable Energy , Government of India and MahaVitaran Company , which supplies electricity to Maharashtra , has organized Ujjwal Bharat, Ujjwal Bhavishya – Power @ 2047 in Jawhar Taluka of Palghar District. The objective of this program is to make life bright for the tribal population of the state. 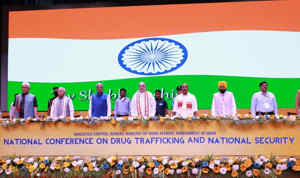 Union Home and Cooperation Minister Shri Amit Shah addressed the National Conference on ‘ Drug Trafficking and National Security ‘ in Chandigarh . The Chief Ministers of Haryana, Himachal Pradesh and Punjab, Administrators of Chandigarh, officers of BSF, NIA and NCB as well as ANTF chiefs and NCORD members of the states were also present in the program. 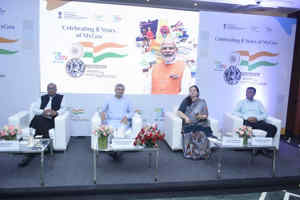 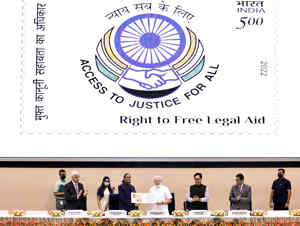 13.Bhagwant Mann hospitalized ill after drinking a glass of water from ‘Kali Ben’ 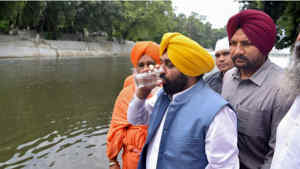 Recently the Chief Minister of Punjab ( Bhagwant Mann ) has been admitted to the hospital after falling ill after drinking a glass of water from the holy ‘Kali Bein’ in Sultanpur Lodhi . The ‘Kali Ben’ is a small river (Rivulet) of 165 km long, which starts from Hoshiarpur and flows through the Beas and Sutlej rivers in Kapurthala .meets the confluence of It is called ‘Kali Ben’ (Kali Nala) because in it the industrial waste of about 80 villages and half a dozen small and big cities flows. ‘Kali Ben’ has great importance in Sikhism and its history. It is said that Guru Nanak Dev, the first Guru of Sikhism, attained enlightenment here. When Guru Nanak Dev was staying at Sultanpur Lodhi, he used to bathe in ‘Kali Ben’. It is said that he disappeared into the water one day and reappeared three days later. The first thing he said after this became the “fundamental mantra” of Sikhism.

14.Bandhan Bank sets up its first currency chest in Patna 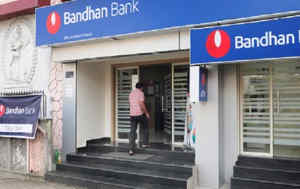 Bandhan Bank set up its first currency chest in Didarganj , Patna . According to the bank, this will directly or indirectly benefit all the customers. This currency chest will help the general public, MSMEs and small traders to supply currency notes at bank branches and ATMs when needed. A lot of cash transactions take place in Patna on a daily basis. In such a situation, the bank branches will also benefit from the currency chest. In this financial year, the bank aims to set up more than 530 additional bank locations across the country. The distribution of new branches will be mostly in North, West and South India. Bandhan Bank currently has more than 31 lakh customers in Bihar. At present, Bandhan Bank has 5600 branches and 2.60 crore customers in the country.

15.Bharat Forge, Talgo India tie up for manufacturing of trains 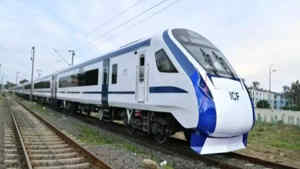 Auto component company Bharat Forge ‘s unit BF Infrastructure and Talgo India have joined hands to manufacture high-speed passenger trains . The company gave this information. Under this agreement, BF Infrastructure and Patents Talgo India Pvt Ltd, a subsidiary of Talgo SL, will form a joint venture. Pune-based Bharat Forge said in a statement that the alliance will also foster huge business opportunities in the Indian Railways sector and meet the domestic requirements in the region. 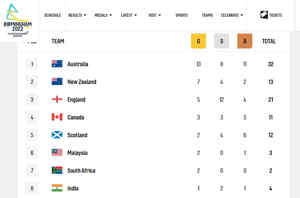 India won a total of four medals on the second day of the Birmingham Commonwealth Games and all four medals came in weightlifting . In weightlifting, Sanket Sargar won silver medal in 55 kg weight category totaling 248 kg (113 kg in snatch, 135 kg in clean and jerk) . This is India’s first medal . The country got the second medal in weightlifting itself. Gururaja Pujari won the bronze medal in the 61 kg weight category by lifting 269 kg . Mirabai Chanu won the gold medal in the women’s 49kg category . This is India’s first gold in BirminghamIs. Mirabai Chanu lifted 109 kg in the first round of clean and jerk. He improved it in his second attempt and lifted 113 kg. She wanted to lift 115 kg in the third attempt, but failed. In this way, Mirabai’s score in clean and jerk was 113 kg. He lifted a total of 201 kg in Snatch and Clean and Jerk. This is the second gold in his Commonwealth Games career. Earlier, he had won gold last time in Gold Coast (2018). Indian weightlifter Bindiyarani Devi has won the fourth medal for the country . He lifted a weight of 86 kg in the snatch and 116 kg in the clean and jerk round in the 55 kg weight category . Bindiyarani won the silver medal with a total lifting of 202 kg . 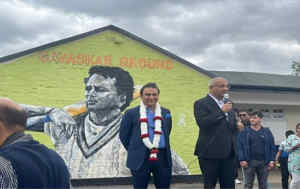 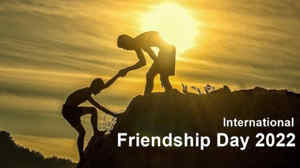 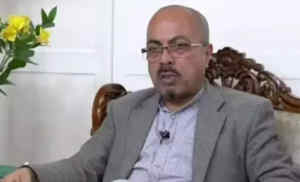 Meghalaya ‘s former home minister and veteran politician R. Yes. Lyngdoh died at his residence in Nongrim Hills, Shillong. He was 62 years old. He represented Laitumkhara constituency twice from 1998 to 2008. He was also the former Vice Chancellor of Martin Luther Christian University. The former home minister returned to active politics last year by joining the Congress party. During his tenure as Home Minister, he was very vocal against extremism. 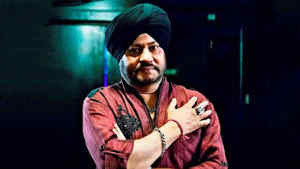 British popular Punjabi singer Balwinder Safri passed away recently. He was 63 years old. Safri came out of coma a few weeks back. Born in Punjab, Safri lived in Birmingham and was famous for Bhangra in the UK since 1980. He founded the Safri Boys Band in 1990.