1. Central government extends the ban on LTTE for five years

The Central Government has extended the ban on the Liberation Tigers of Tamil Eelam (LTTE) for another five years.The ban has been extended under sub-sections (1) and (3) of section 3 of the Unlawful Activities (Prevention) Act, 1967 with immediate effect.LTTE was a Tamil militant and political organization that was based in northeastern Sri Lanka.It was founded in May 1976 by Velupillai Prabhakaran.

Defence Research and Development Organisation (DRDO) conducted a successful flight test of ABHYAS – High-speed Expendable Aerial Target (HEAT) from Interim Test Range, Chandipur in Odisha.The flight test was tracked by various RADARS and Electro Optic Systems and proved its performance in a fully autonomous waypoint navigation mode.The configuration of ABHYAS is designed on an in-line small gas turbine engine and uses indigenously developed MEMS-based navigation system for its navigation and guidance.The performance of the system was as per simulations carried out and demonstrated the capability of ABHYAS to meet the mission requirement for a cost-effective High-speed Expendable Aerial Target.

The Young Scientist Programme ‘Yuvika2019’ has been inaugurated by Indian Space Research Organisation, ISRO Chairman Dr K Sivan.The two-week residential summer vacation programme spread over four ISRO centres in Bengaluru, Thiruvananthapuram, Ahmedabad and Shillong are attended by 110 students.The programme will help in inculcating scientific temper in the students.The participants will be visiting the spaceport of India, Satish Dhawan Space Centre in Shriharikota during this programme.

Indonesian Coast Guard ship ‘Tanjung Datu’ arrived in Port Blair along with a high-level delegation led by First Admiral Eko Murwanto.The aim of this goodwill visit is to enhance bilateral cooperation between the Coast Guards of two countries.The ship ‘KN Tanjung Datu’ is a Patrol Vessel. The ship has a complement of 25 officers and 40 sailors.During her stay in Port Blair, various professional exchanges including Table Top exercise and Sea Exercise will be conducted.

Retail inflation rose marginally to 2.92 per cent in April this year, mainly due to the rise in food prices.According to the Ministry of Statistics and Programme Implementation data released, the inflation based on the Consumer Price Index (CPI) was 2.86 per cent in the previous month and 4.58 per cent in April last.According to the Central Statistics Office (CSO) data the inflation in the food basket was 1.1 per cent last month, up from 0.3 per cent in March this year.CPI-based inflation data is an important indicator of the economy as the Reserve Bank of India mainly factors in it while arriving at its monetary policy.

HDFC ERGO General Insurance Company announced the launch of ‘Mosquito Disease Protection Policy’.This new policy will cover an individual against common mosquito-borne diseases like Dengue Fever, Malaria, Chikungunya, Japanese Encephalitis, Kala-azar, Lymphatic Filariasis and Zika Virus.According to the report published by National Health Profile 2018, there has been an alarming rise in dengue cases in India, an increase of 300 per cent between 2009-2017.These diseases also lead to hospitalisation adding burden on expense or affecting the No Claim Bonus of any standard Health Insurance.

Lewis Hamilton won the Spanish Grand Prix for a third consecutive year after overtaking Mercedes teammate Valtteri Bottas at the first turn in Barcelona.Red Bull’s Max Verstappen clinched the 3rd spot and was voted as the F1 driver of the day.Hamilton’s win at the Spanish Grand Prix brings his tally to 76 F1 victories in all.

9. Virat Kohli bags International batsman and cricketer of the year

India captain Virat Kohli bagged the International Cricketer and Batsman of the Year award during the CEAT Cricket Rating (CCR) International awards 2019.Pacer Jasprit Bumrah, who made a mark for India and IPL franchise Mumbai Indians, was adjudged as International Bowler of the Year.Young prodigy Yashasvi Jaiswal, who performed exceptionally over the year was awarded Junior Cricketer of the Year.Legendary Mohinder Amarnath, who played a key role in India’s 1983 World Cup triumph, was bestowed with the ‘CCR International Lifetime Achievement Award’.

Pakistan’s Sana Mir became the most successful ODI spinner in the world.She gained this title after dismissing Sune Luus of South Africa in the third match of the ICC Women’s Championship.Sana, who made her debut in 2005, is presently the third-ranked bowler.She had become the first Pakistan bowler to top the ICC rankings in October last year.Currently, Mir is placed on the third position in the ICC’s ODI bowling ranking, which is topped by Indian pacer Jhulan Goswami. 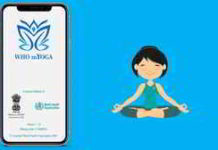 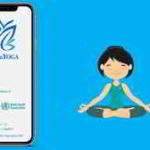 Editorialthe/Hindu Anushka_Academy - June 22, 2021
0
TOPIC – Cold peace The Geneva summit between U.S. President Joe Biden and his Russian counterpart Vladimir Putin, on Wednesday, has set a pragmatic tone for engagement between the two...

Current Affairs Anushka_Academy - June 22, 2021
0
Current Affairs Questions 2021   Q1 : Who has recently become the President for the 76th session of the United Nations General Assembly? (A) Azim Farooqui (B)...