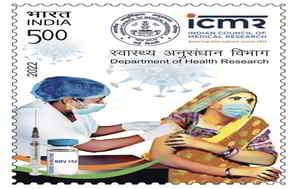 The Union Minister of Health and Family Welfare, Dr. Mansukh Mandaviya with the Union Minister of State for Health and Family Welfare, Dr. Bharti Praveen Pawar and the Union Minister of State for Communications, Shri Devusinh Chouhan , on the occasion of the first anniversary of India’s National COVID-19 Vaccination Program on January 16 . Released a commemorative postage stamp on the Kovid-19 vaccine . The design of a commemorative postage stamp depicts a health worker vaccinating a senior citizen with the COVID-19 vaccine, which reads ‘ Covaccine ‘‘ There is also the image of the vial. This stamp reflects the remarkable work done by our frontline health workers and scientific community across the country to save people from the COVID pandemic. Health and Family Welfare Minister Dr. Mansukh Mandaviya said on this occasion that it is a historic occasion for us as a postage stamp is being issued today on the completion of one year of the world’s largest covid vaccination programme, which was launched in India last year for 16 years. was launched on January, 2021. Within a span of one year, more than 156 crore COVID vaccines have been administered.

Prime Minister Narendra Modi has said that the new year has brought many possibilities for the startup entrepreneurs in the country. He said that the country is celebrating the 75th anniversary of independence. When 100 years of independence will be completed, the role of startups in the progress of the country will be very important. The Prime Minister was interacting with startup entrepreneurs through video conference. He said that every year on January 16, Startup Day will be celebrated.

3.Delhi Police enters the world of podcasts with a presentation of ‘Kissa Khaki Ka’ through digital audio

Delhi Police is going to take the first step in the world of digital audio broadcasting i.e. podcast . In a podcast titled Kissa Khaki Ka , Delhi Police will bring its unheard stories related to crime, investigation and humanity to the people. The first podcast in this episode will be digitally broadcast on the social media platforms of Delhi Police. It will showcase the exceptional service of all personnel of Delhi Police. The podcast will create a new relationship between Delhi Police and citizens and better understand the challenges before the police. 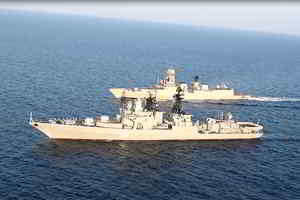 Indian Navy ‘s indigenously designed and built Guided Missile Destroyer INS Kochi along with RFS Admiral Tributes of the Russian Navy undertook the Passage Exercise (PASEX) in the Arabian Sea on 14 January 2022 . The exercise demonstrated the cohesion and interaction between the two navies. This included activities related to strategic strategy, cross-deck helicopter operations and ship maneuvering.

5.The Department of School Education and Literacy will observe a special week from January 17 to January 21, 2022. 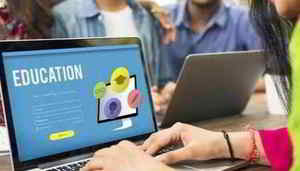 Paytm Payments Bank Limited (PPBL) became the largest and fastest growing UPI beneficiary bank in India. It has become the first beneficiary bank in the country to achieve the milestone of over 926 million UPI transactions in a month . The beneficiary bank is the account holder’s bank who is receiving the money. Paytm Payments Bank has rapidly gained traction as a remittance bank for UPI payments. State Bank of India (SBI) topped the chart of being the largest remitter in December 2021, according to data released by the National Payments Corporation of India (NPCI). State Bank of India followed PPBL as the second largest beneficiary with 664.89 million transactions.

7.IndiFi ties up with Google Pay to provide instant digital credit to SMEs

Small businesses-focused online lending platform Indifi Technologies has collaborated with Google Pay to provide instant loans to eligible medium, small and micro enterprises (MSME) merchants through the Google Pay platform. The borrowing process is completely digital and eligible merchants can click on IndiFi’s loan offering on the Google Pay for the Business app and submit an online application. The loan will be in the range of Rs 2.5 to Rs 3 lakh. With 35 per cent of monthly UPI volumes, Google Pay has been upping its financial services game over the past year, like other payments leaders in India. It already provides loans and short term loans to individuals and small traders in tie-ups with IIFL Loans, Cash, and ZestMoney.

The Minister of State for Culture, Meenakshi Lekhi has launched the ‘ North East on Wheels Expedition ‘ in New Delhi to promote the culture of the northeastern states . The bike campaign is scheduled from 8 to 16 April this year to commemorate the Amrit Mahotsav of Azadi. The 75 bikers participating in this campaign will be selected from across the country and will cover a distance of about 9000 km in the North East region in 6 groups. This campaign will also give a boost to the Dekho Apna Desh initiative of the Ministry of Tourism. Riders will also convey the importance of road safety.

9.Ittira Davis to be MD and CEO of Ujjivan SFB 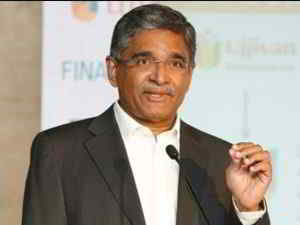 The Reserve Bank of India has approved the appointment of Ittira Davis as the Managing Director and Chief Executive Officer (MD & CEO) of Ujjivan Small Finance Bank for one term . He will take charge for an extended term from January 14, 2022. The post was lying vacant for three months after the outgoing Nitin Chugh abruptly stepped down. Prior to Ujjivan, Davis was the Managing Director at Europe Arab Bank, London. He has also held leadership positions with Arab Bank Plc, Bahrain and Citibank, India. He has over 40 years of work experience in India, the Middle East and Europe.

10.Adani Group ties up with Posco of South Korea to develop steel mill

Adani Group and South Korea ‘s largest steel maker POSCO have signed a non-binding Memorandum of Understanding (MoU) to explore business opportunities in India. This includes setting up of a green, eco-friendly integrated steel mill in Mundra, Gujarat. The estimated investment of the project is up to $5 billion (about Rs 37,000 crore). The non-binding MoU intends to cooperate at the group business level in various other areas such as renewable energy, hydrogen and logistics in response to carbon reduction requirements.

11.LazyPay ties up with SBM Bank India to launch LazyCard 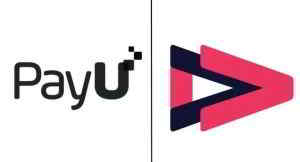 A Buy Now Pay Later (BNPL) solution by PayU Finance LazyPay announces its partnership with SBM Bank India to launch LazyCard , a prepaid payment instrument backed by a line of credit Which works on Visa payment network. To empower financially disadvantaged Indians with easy access to credit as their cards have limited credit options. LazyCard reaches out to over 62 million pre-approved users of LazyPay, with a credit limit of up to ₹5 Lakh. Consumers can avail LazyCard at zero joining fee and zero annual fee along with multiple transactional benefits and rewards.

12.Axis Bank ties up with Minkasupay for biometric-based banking payments 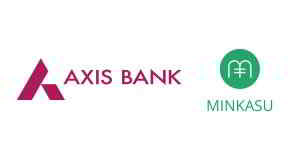 Axis Bank tied up with MinkasuPay to offer biometric authentication solution for net banking payments in merchant apps using fingerprint or face ID , without the need for username, password and one-time password (OTP) has done. This solution will reduce the payment time from 50-60 seconds to just 2-3 seconds and will also increase the transaction success rate. Minkasupay’s biometric authentication solution, which is a 2-factor-authentication (FA) solution (mandated by the Reserve Bank of India), will help enhance quick and secure digital transactions through device binding and Public Key Infrastructure (PKI) .

Serbia ‘s Novak Djokovic , world number one tennis player , has been deported from Australia after the Federal Court of Melbourne upheld the decision of Australia ‘s immigration minister. Australia’s immigration minister had decided to revoke Djokovic’s visa. Djokovic, a record nine-time Australian Open champion, appealed against the decision. Three federal court judges ruled against Djokovic and his visa was revoked on grounds of public interest and he was deported. The Australian Open begins on January 17. For India, Sania Mirza will present her challenge in the women’s doubles and Rohan Bopanna in the men’s doubles. 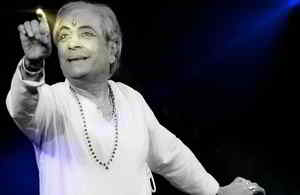 Renowned Kathak dancer Pandit Birju Maharaj has passed away due to heart attack. Padma Vibhushan awardee Birju Maharaj, 83, breathed his last at Delhi’s Saket Hospital. Birju Maharaj, who belongs to the Lucknow Gharana , was born on 4 February 1938 in Lucknow . His real name is Pandit Brijmohan Mishra.Was. Apart from being a Kathak dancer, he was also a classical singer. Birju Maharaj’s father Achhan Maharaj, uncle Shambhu Maharaj and Lachhu Maharaj were also famous Kathak dancers. Birju Maharaj choreographed dance for films like Devdas, Dedh Ishqiya, Umrao Jaan and Baji Rao Mastani. Apart from this, he also gave music in Satyajit Ray’s film ‘Shatranj Ke Khiladi’. Birju Maharaj was awarded the Padma Vibhushan in 1983. Along with this, he has also received Sangeet Natak Akademi Award and Kalidas Samman. The Banaras Hindu University and Khairagarh University also conferred honorary doctorates on Birju Maharaj. In 2012, he was awarded the National Film Award for Dance Choreography in the film Vishwaroopam. In 2016, Bajirao Mastani’s Mohe Rang Do Lal won the Filmfare Award for his choreography. 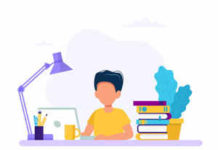 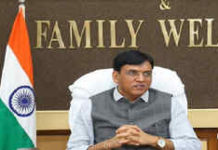