Topic Of The Day:-“A Weak Test: On Swachh Ranking Of Cities“

Swachh Survekshan Should Go Beyond Symbolism And Adopt Sustainability

The NDA government’s Swachh Survekshan, the ranking system for clean cities, was rolled out four years ago as the answer to a problem that municipal law failed to solve. Sanitation and public health are responsibilities of State governments, and it is no secret that they have spectacularly failed at managing growing volumes of municipal and hazardous waste. The problem has only been compounded by the absence of plans that take a holistic view of housing, sanitation, water supply, waste management and transport. Ahead of the launch of Swachh Survekshan 2020, the Union Ministry of Housing and Urban Affairs is once again trying to stir up competition among cities, by pre-ranking them for their performance during 2019 and assigning points to be added this year. As an idea, unleashing the competitive spirit among States may seem appealing, but in reality, the problems confronting urban India require large-scale infrastructure creation, full adherence to legal requirements on waste management, and transparent technical audits. Many cities remain clueless on handling their waste, one shocking example being the rising mountain of garbage at the Ghazipur landfill in Delhi. Ironically, Bhopal, which figures among the top five cleanest cities under the just-released list, continues to live with the effects of the gas disaster of 1984. Ranks and prizes clearly cannot solve the national waste management crisis.

Looking ahead to the next edition of the Survekshan, the Urban Affairs Ministry has identified ambitious targets: “100% processing and safe disposal of waste, complete faecal sludge and septage management, and wastewater treatment and reuse.” These are major tasks. The Ministry has also sanctioned funds under the Atal Mission for Rejuvenation and Urban Transformation (AMRUT) to help States set up facilities necessary to manage waste. States should ask for extended funding under such schemes to create the infrastructure for a future-focused clean-up and, simultaneously, institute measures to reduce waste. The emphasis worldwide is on creating a circular economy centred at the principle of material recovery from all kinds of waste, reuse, recycling and reduced pressure on natural resources. A sound ranking of cities and towns would naturally give the highest weightage to this dimension of sustainable management, replacing symbolism with an environmentally sound approach. Such rigour in policy formulation can make the Centre’s goal of eliminating single-use plastic by 2022 seem more realistic, and industry would find a compelling reason to switch to alternatives. Retooling Swachh Survekshan 2020 to go beyond perception management and adopt sustainability is essential to make it a genuine contest.

1.rolled outMeaning:  to make a new product, service, or system available for the first time

Example Sentence: A media campaign is expected to roll out early next year.

Meaning: make up (a composite whole); constitute/ mix or combine (ingredients or constituents).

Example Sentence: “a dialect compounded of Spanish and Dutch”

Meaning:  characterized by the belief that the parts of something are intimately interconnected and explicable only by reference to the whole / dealing with or treating the whole of something or someone and not just a part

Example Sentence: This more holistic approach is supposedly reflected in the importance now accorded to social and psychological aspects of the disabling process.

5.stir up Meaning:  to cause an unpleasant emotion or problem to begin or grow

Example Sentence:The teacher told him to stop stirring up trouble

6.UnleashingMeaning:  cause (a strong or violent force) to be released or become unrestrained.

Example Sentence: “the failure of the talks could unleash more fighting”

8.confronting Meaning:  come face to face with (someone) with hostile or argumentative intent / (of a problem or difficulty) present itself to (someone) so that action must be taken.

Example Sentence:“the new government was confronted with many profound difficulties”

9.adherence Meaning:  attachment or commitment to a person, cause, or belief / the quality or process of sticking fast to an object or surface.

10.AuditsMeaning: an official inspection of an organization’s accounts, typically by an independent body / a systematic review or assessment of something.

Example Sentence:“audits can’t be expected to detect every fraud”

11.CrisisMeaning: A time of intense difficulty or danger.

12.SeptageMeaning:  excrement and other waste material contained in or removed from a septic tank.

13.RejuvenationMeaning:  the action or process of making someone or something look or feel better, younger, or more vital.

Example Sentence: Plans for the rejuvenation of the area

14.EmphasisMeaning: Special importance, value, or prominence given to something

Example Sentence: They placed great emphasis on the individual’s freedom

15.RigourMeaning:  The quality of being extremely thorough and careful.

Example Sentence: His analysis is lacking in rigour

16.EliminatingMeaning:  Leading to exclusion from consideration or further participation.

Example Sentence: Teams who had fought their way through the eliminating rounds

17.PerceptionMeaning: The ability to see, hear, or become aware of something through the senses.

18.Sustainability Meaning:  The ability to be maintained at a certain rate or level.

19.Genuine Meaning:  Truly what something is said to be; authentic. 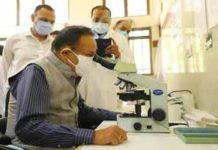