1. The President presented the National Empowerment of Persons with Disabilities Awards for the years 2021 and 2022 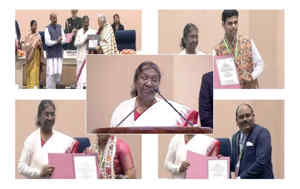 President Draupadi Murmu presented National Awards to individuals, institutions and organizations doing outstanding work for the empowerment of Divyangs for the years 2021 and 2022 at a function in New Delhi on the occasion of International Day of Persons with Disabilities . The awards were presented to 25 individuals, institutions and organizations for 2021 and 29 for 2022 for their outstanding achievements and remarkable work towards the empowerment of persons with disabilities. The awards were given in various categories including Best Divyangjan, Best Divyangjan, Best Divyang Boy and Girl, Best Person working towards empowerment of Divyangjan and Best Rehabilitation Professional Activist. 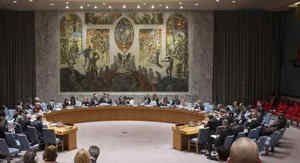 India has assumed the presidency of the United Nations Security Council (UNSC) for the month of December , according to the Ministry of External Affairs . India will be the President of the UNSC for a month as India’s 2-year term as a non-permanent member of the UN Security Council ends on 31 December 2022. India became a temporary member of UNSC on 01 January 2021. India has become the President of UNSC for the second time during its 2-year tenure. Earlier, India became the president in August 2021.

3. Google CEO Sundar Pichai honored with Padma Bhushan by Indian Ambassador to US 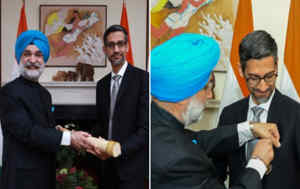 4. Mohan Mansigani honored with Britain’s ‘Officer of the Most Excellent Order’ 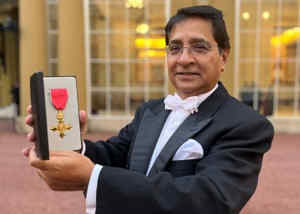 Indian -origin businessman and social activist, Mohan Mansigani has been awarded Britain’s ‘ Officer of the Most Excellent Order ‘ at the investiture ceremony at Buckingham Palace in London . This honor has been conferred for his excellent services in the health sector. Mr. Mansigani is known for his vast experience in the finance markets and as a creative Finance Director. He has played a major role in setting up the Casual Dining Group. 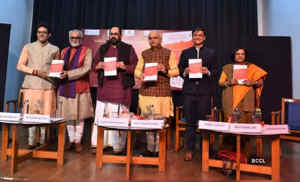 ‘ Brave Hearts of India, Vignettes from Indian History ‘ by Vikram Sampat (Penguin) , a compilation of 15 stories of men and women and their indomitable spirit of independence and courage, was launched in the national capital on November 25, 2022. 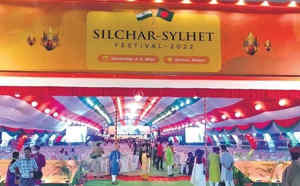 The first-ever Sylhet-Silchar Festival celebrating the close cultural ties between the neighboring regions of India and Bangladesh was inaugurated in Assam ‘s Barak Valley . The festival is being organized by the India Foundation in collaboration with the Bangladesh Foundation for Regional Studies under the aegis of the Union Ministry of Culture, in an effort to promote bilateral relations between the two countries. This program is being organized in connection with the historical relations between Sylhet and Barak Valley. From 1874 to 1947, Sylhet was a part of Assam and before that it was a part of undivided Bengal. The Government of Assam hopes that through this fair there will be an opportunity for trade and cultural and historical exchange.

7. ‘Divya Kala Mela’ started for the first time on the path of duty 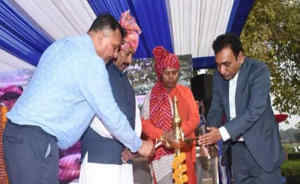 Union Minister for Social Justice and Empowerment Dr. Virendra Kumar inaugurated the Divya Kala Mela on the duty path of India Gate , Delhi . The Ministry of Social Justice and Empowerment is organizing ‘Divya Kala Mela’ to showcase the products and craftsmanship of Divyang entrepreneurs/artisans from across the country from 2nd to 7th December, 2022 . The event will give the visitors an experience to witness vibrant products, handicrafts, handlooms, embroidery work and packaged food items, etc. from different parts of the country including Jammu & Kashmir and North Eastern States. The fair is a ‘Vocal for Local’ for all. And will provide an opportunity to see and buy products made by Divyang artisans with their additional resolution. 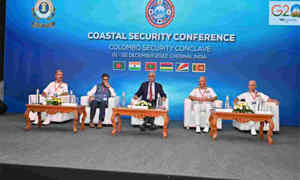 Defense Secretary Giridhar Armane at the first Coastal Security Conference organized by the Indian Coast Guard under the aegis of the Colombo Security Conclave in Chennai on 1 December 2022inaugurated. Director General, Indian Coast Guard VS Pathania was also present on the occasion. The Defense Secretary called upon the member states to take concrete measures to combat transnational crimes and address the identified areas to make the seas safer. The two-day (1-2 December) conference was attended by delegates from India, Maldives, Sri Lanka and Mauritius. The theme of the conference was Collaborative Efforts for Coastal Security. The conference discussed a number of issues including coastal security threats, cooperative response, international maritime law and role of empowered agencies, technological solutions for coastal security, etc.

9. Sanjay Kumar has been appointed as the Secretary of School Education Department. 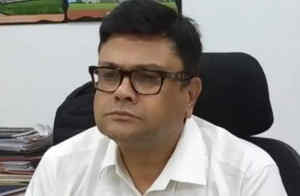 10. Approves the appointment of M Paramasivam as Executive Director of Punjab National Bank 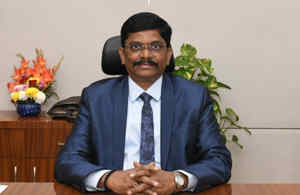 The Appointments Committee of the Union Cabinet (ACC) has approved the appointment of M Paramasivam as Executive Director of state-owned Punjab National Bank for a period of three years with effect from December 1, 2022. M Paramasivam is an Agriculture graduate. He started his career as an Agricultural Extension Officer in Canara Bank in 1990 and has served for 32 years in various capacities. 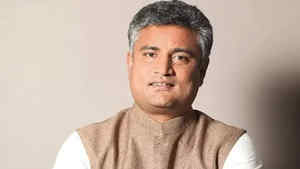 Prashant Kumar , CEO, South Asia, GroupM Media (India) Pvt Ltd , has been elected as the President of the Advertising Agencies Association of India (AAAI) . He has over 25 years of experience in the industry. Prior to joining GroupM, he held positions at Pepsi, The Hindu, The Media Edge, and McCan Erickson. He has served as the Vice President of AAAI from 2020 to 2022. 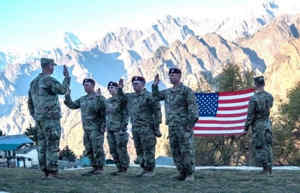 During the 18th edition of Indo-US military exercise ‘ Yudh Abhyas ‘ in Uttarakhand , four American officers scaled one of the highest peaks of the Himalayas, Nanda Devi .Climbed on Captain Cerruti, Lt. Russell, Lt. Brown and Lt. Hack became the first four US Army officers to make the climb during ‘battle drills’. Nanda Devi is the second highest mountain in India after Kangchenjunga, and lies entirely within India (Kanchenjunga is on the border between India and Nepal). It is in Uttarakhand state (Chamoli district). It is the 23rd highest peak in the world. Nanda Devi peak is a part of the Garhwal Himalayas. The 18th joint military exercise between India and the US came to an end in Auli district of Uttarakhand. The last exercise was held in October 2021 at Joint Base Elmdorf Richardson, Alaska in the US. 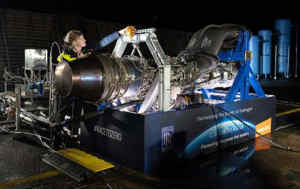 Rolls-Royce and Easy Jet have developed the first aircraft engine to run on hydrogen fuel . That is, it is the world’s first hydrogen fuel-powered aircraft engine . It was successfully tested at the Government Test Facility at Boscombe Down, Orkney Island, Scotland . Rolls-Royce used the AE 2100-A turboprop engine for this purpose. Which he changed according to hydrogen fuel technology. This engine is commonly used in civil and military jets. Aviation companies will reduce carbon emissions with the help of hydrogen fuel. 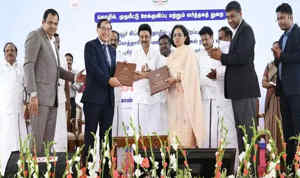 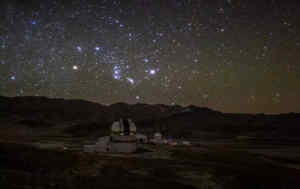 The first Dark Night Sky Reserve is being prepared in Hanle village of Changthang area in Ladakh . Powerful telescopes will be installed at about 18 places in Hanle to see the stars in the sky. 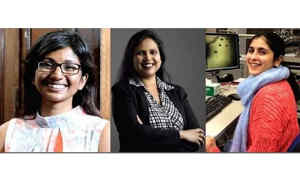 Three Indian-origin women among 60 scientists, technologists, engineers and mathematicians have been selected as Australia’s ‘ STEM Superstars ‘. It is an initiative aimed at breaking the gendered perceptions of the society about scientists. In 2022, three Indian-origin women to be recognized as STEM superstars – Neelima Kadiala, Dr. Ana Baburamani and Dr. Indrani Mukherjee, Apart from Indians, women scientists of Sri Lankan origin have also been selected in this. Each year Science and Technology Australia (STA), the country’s apex body in this field and representing more than 105,000 scientists and technologists, selects 60 Australian experts working in science, technology, engineering and mathematics (STEM) . 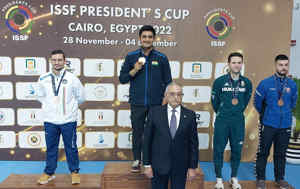 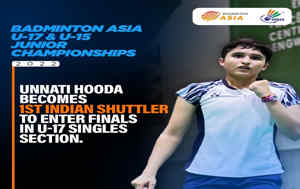 India’s progress in Badminton , Unnati Hooda has created history. Unnati has become the first Indian to qualify for the Under-17 women’s singles event at the Badminton Asia Junior Championships 2022 . She defeated Mion Yokouchi of Japan 21-8, 21-17 in Nonthapuri, Thailand yesterday. In the title match, Unnati will take on Thailand’s Sarunarak Witidsaran. In Under-15 men’s singles, Anish Thopani and Under-17 men’s doubles pair of Arsh Mohammad and Sanskar Saraswat have also reached the finals. 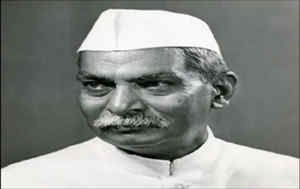 Every year on December 3 , ‘ World Disabled Day ‘ is celebrated all over the world. The main purpose of celebrating this day is to bring a change in the behavior of the people towards the disabled and to create awareness among them about their rights. Every year, on this day, there is a deep discussion on the development, welfare of the disabled, giving them equal status in the society. According to the 2011 census data, the number of people with disabilities in India is about 26.8 million, this population is 2.21 percent of the total population of the country. However, according to disability rights activists and academics working on disability issues, this number in the census is a very small part of the actual number. The theme of the International Day of Persons with Disabilities for the year 2022 has been “ Transformative Solutions for Inclusive Development ”.