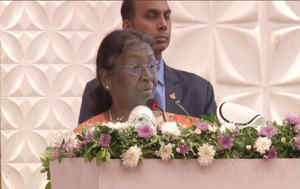 President Draupadi Murmu inaugurated the Gujarat University ‘s Startup Platform for Women Entrepreneurs – HerStart (HERSTART) in Ahmedabad . He also laid the foundation stone of various projects related to education and tribal development in Gujarat University . These include the virtual inauguration of five high schools for tribals, the foundation stone of hostels in Narmada district and the launch of five infrastructure projects of the Education Department. 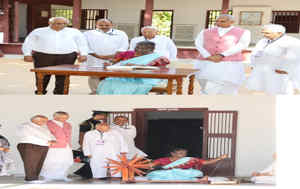 President Draupadi Murmu laid the foundation stone and inaugurated various projects costing one thousand three hundred and 30 crores at the Gujarat Medical and Education Research Society campus in Gandhinagar , Gujarat . The President is on a two-day visit to Gujarat. This is his first visit to Gujarat after becoming the President. The President inaugurated the new GMERS Hospital and Medical College in Rajpipla district at a cost of Rs.530 crore through video conferencing. Hundred students of MBBS will be able to take admission in this college every year. 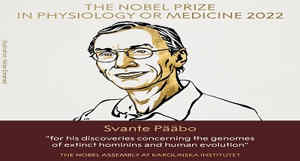 Sweden ‘s Svante Pabo has been awarded the 2022 Nobel Prize in Medicine for his innovations . He received this award for discoveries related to the extinct ancestors of humans and the genetics (genome) of human development.given for. The award committee has said that their study provides special information about the immune system of humans and their uniqueness compared to ancestors. One of Pabo’s major achievements is sequencing the entire Neanderthal genome to express the interaction between ancestors and modern humans. Pabo, 67, completed the study at the University of Munich in Germany and the Max Planck Institute for Evolutionary Anthropology in Leipzig. His father, Tsune Bergstrom, also won the 1982 Nobel Prize in Medicine. With the Nobel Prize in Medicine, the announcement of the Nobel Prizes has begun. Physics Science on Tuesday, These awards will be announced in the field of Chemistry on Wednesday and Literature on Thursday. The 2022 Nobel Peace Prize will be announced on Friday and the economics prize will be announced on 10 October. About 900,000 US dollars are given under the Nobel Prize. This amount will be given along with the award on December 10. 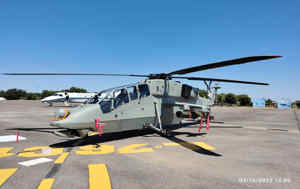 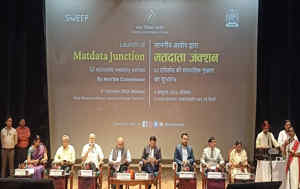 Election Commission launched Voter Junction , a year-long voter awareness program on All India Radio . There will be 52 episodes under this program and each will be of 15 minutes duration. The program will be telecast every Friday on the primary channels of Vividh Bharati, FM Rainbow, FM Gold and All India Radio. The program will be broadcast in 23 languages ​​across the country. Chief Election Commissioner Rajiv Kumar inaugurated the program in New Delhi today in the presence of Election Commissioner Anoop Chandra Pandey, Prasar Bharati CEO Mayank Kumar Agrawal. 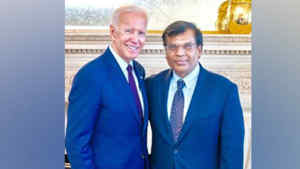 Mr. Vivek Lal , an Indian-origin citizen and CEO of General Atomics , has been honored by US President Joe. Biden honored with Lifetime Achievement Award . According to an official statement from the President’s Office, Mr. Lal has been honored for his remarkable work. Mr. Vivek Lal holds a PhD in Aerospace Engineering from Wichita State University, Kansas. He serves as an industry leader and chief executive of the scientific community within Titan General Atomics. The company is a global player in specialized areas of nuclear technology and has developed state-of-the-art unmanned aerial vehicles such as the Guardian drone . 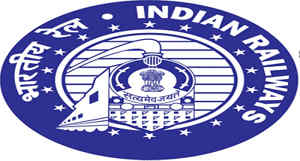 Indian Railways has converted 500 Mail Express trains into Superfast trains . Apart from this, one hundred and 30 train services have been made superfast. The Ministry of Railways has given this information in its new time table released on its official website under the name “Trains at a glance”. This time table has come into effect from last Saturday. According to the ministry, now 84% of mail and express trains are running on time. Which is nine percent more than 2019-20. 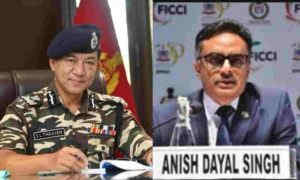 Senior Indian Police Service officers Sujay Lal Thoussen and Anish Dayal Singh have been appointed as the new Director Generals of CRPF and ITBP respectively . Thoussen, a 1988 batch officer of Madhya Pradesh cadre, is currently serving as the Director General of Sashastra Seema Bal (SSB). He is also holding the additional charge of Indo-Tibetan Border Police. Anish Dayal Singh, a 1988 batch officer of Manipur cadre, is currently working as Special Director in Intelligence Bureau. While working in the Intelligence Bureau, he has solved many cases. Thoussen’s retirement is due in November next year. Singh will retire in December 2024. 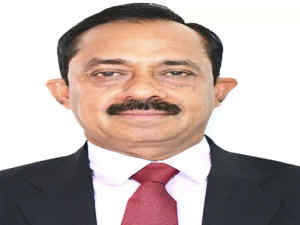 Senior ISRO scientist Anil Kumar has been elected as the Vice-Chairman of the International Astronautical Federation (IAF). The Indian Space Research Organization (ISRO) gave this information only. Anil Kumar is currently working as Associate Director in ISRO Telemetry, Tracking and Command Network (ISTRAC) here. Established in the year 1951, the IAF is the world’s leading organization working in the field of space with 433 members in 72 countries. 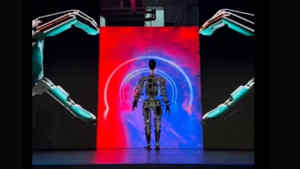 Elon Musk demonstrated a prototype of a humanoid robot named Optimus . Tesla Humanoid Optimus will be able to do many things like humans. According to the report, its price can be up to 20 thousand dollars. The company has said that Optimus is the prototype of Tesla’s humanoid robot. Work on the experimental test robot began this February. The disclosure took place at the Tesla office in Palo Alto, California. 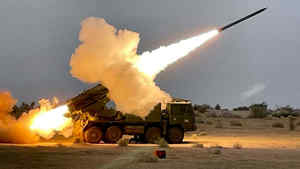 India has signed a defense export agreement with Armenia , which is facing threats from border tensions with Azerbaijan . Under the newly signed export contract, India will export military equipment such as missiles, rockets and ammunition to Armenia. The export order includes export of indigenous Pinaka multi-barrel rocket launchers, anti-tank rockets and ammunition. The estimated value of this contract is over Rs 2,000 crore. It comes amid rising border tensions between Armenia and Azerbaijan. Azerbaijan has close diplomatic and military ties with Pakistan and Turkey. Over the years, in spite of the distance, indirect relations have arisen between Armenia-Azerbaijan and India-Pakistan.

12. ISRO to launch 36 satellites of OneWeb 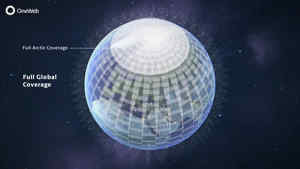 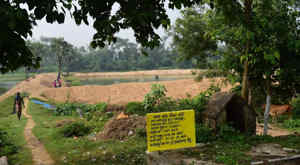 NGT to Odisha ‘s state government within six months on Sukapaika riverordered to revive. The National Green Tribunal (NGT) has directed the Odisha government to revive the Sukapaika river, a tributary of the Mahanadi. It has directed the state government to create a dedicated fund for the revival of this river. The tribunal also directed the Odisha government to make a budgetary allocation of Rs 49.67 crore to rejuvenate the river within a month and complete the entire river revival project by March 13, 2023. The NGT alleged that the Sukapaika river in Cuttack district had become dead due to the closure of the estuary in the 1950s. The Sukapaika River originates from Ayatur village in Cuttack district and flows for about 40 km before meeting again with the Mahanadi River at Tarapur in the same district. When it was freely flowing, the Sukapaika River provided drinking water to over 425 villages under 26 gram panchayats. It served as a source of irrigation and other livelihood opportunities. In 1952, the Odisha government blocked the starting point of the river with an embankment to prevent flooding in the delta of Sukapaika. 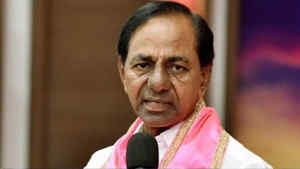 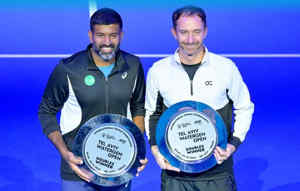 In tennis , India’s Rohan Bopanna and his Dutch partner Matwe Middelkup have won the men’s doubles title of the ATP 250 Tel Aviv Watergen Open . The top seeded Indo-Dutch pair defeated third seeds Santiago González and Andres Molteni of Mexico and Argentina 6-2, 6-4 in the final. This was Bopanna’s third ATP title of the season and 22nd overall. The 42-year-old Indian had won two titles this season in Adelaide and Pune with his own countryman Ramkumar Ramathan. It was also Bopanna and Middelkup’s first ATP Tour title as a team. With this win, Bopanna has moved up to 22nd in the world in the individual doubles rankings. The Indian and Dutch pair were the top seeds in Tel Aviv. 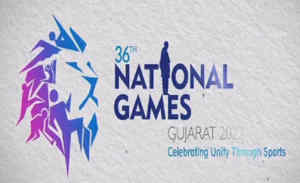 In the men’s 4X400m relay race at the 36th National Games in Gujarat , Haryana has won gold, army silver and Tamil Nadu bronze with a national record. Haryana remained on top with a total of 29 medals including 14 Gold, 7 Silver and 8 Bronze. The Army is at the second position with nine gold, six silver and seven bronze medals. Uttar Pradesh is at the third position in the medal tally with nine gold, four silver and seven bronze medals. Rosie Meena Paulraj of Tamil Nadu created a new national record in the women’s pole vault event with a jump of 4.2m . He did V.S. surekhaIt has broken an eight year old record. Jesswin Aldrin won the gold medal in the men’s long jump with a jump of 8.26 meters. With this, he qualified for the World Athletics Championships to be held in Budapest, Hungary in the year 2023 . Jyoti Yaraji of Andhra Pradesh , who set a national record in women’s 100 meters hurdles, won the gold medal with a timing of 11.51 seconds . National Games are included in the Olympics which caught the attention of the nation in the year 1920s. The National Games in India was first introduced as the Indian Olympic Games with the goal of promoting Olympic Games in the nation. in the year 1924 The first edition of the Indian Olympic Games was held in Lahore , undivided Punjab . In the National Games to be held after seven years, India’s best athletes will compete in 36 sports across six cities in Gujarat. The official mascot for the 36th National Games is ‘Sawaj’ (SAVAJ). It emphasizes on the most prominent personality traits of the player such as confidence, enthusiasm, motivation, intrinsic desire to succeed, focus and focus on the goal, etc. 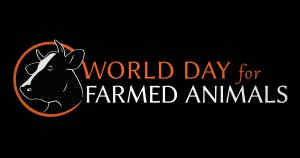 World Day for Farmed Animals is celebrated on 02 October . This day marks the birth anniversary of Mahatma Gandhi. The day is organized by the International Animal Welfare Organization, World Animal Protection as well as the Asia for Animals Coalition to show the importance and urgency of agricultural animal welfare. The day is dedicated to highlight the unnecessary suffering and death of animals that are reared and slaughtered for food. 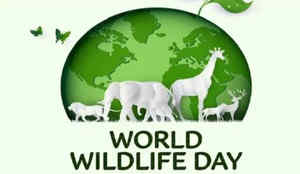 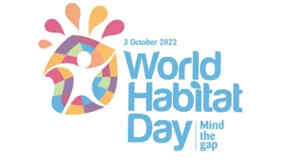 World Habitat Day is celebrated every year on the first Monday of October (i.e. 3rd October this year ) . It is also called ‘World Habitat Day’. The purpose of this day is to remind the world that we all have the power and responsibility to shape the future of our cities and towns. It was decided by the United Nations General Assembly (UNGA) in 1985 to celebrate World Habitat Day every year. Following this decision, the first World Habitat Day was celebrated in Nairobi, Kenya in 1986. This year’s theme – ‘ Mind the Gap. Leave no one and place behind ‘.