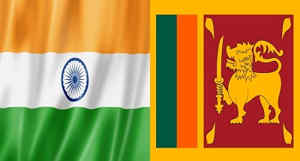 India has become the largest bilateral lender to Sri Lanka . It has left China behind in this matter . India has extended a loan of 96 crore 8 million US dollars to Sri Lanka in the four months of 2022. China was the largest bilateral lender to Sri Lanka for the last five years during 2017-2021. India’s Permanent Representative to the United Nations Ruchira Kamboj said that India has provided about four billion dollars in food and financial assistance to Sri Lanka. On 22nd of last month, India sent 21,000 tonnes of fertilizers to the troubled Sri Lanka. Sri Lanka is going through a serious economic crisis these days. A large number of people are facing shortage of food and fuel.

2. Arrangement of the Supreme Court – The decision given by the majority of the larger bench than the unanimous decision of the smaller bench is valid 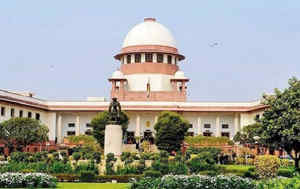 The Constitution Bench of the Supreme Court has ruled that only the decision given by the judges of the larger bench on the basis of majority will prevail . The Court is of the view that the decision of a seven-judge bench by a majority of four-three will prevail as against the unanimous decision of the five-judge bench. The Supreme Court’s Constitution Bench of Justices Indra Banerjee, Hemant Gupta, Surya Kant, MM Sundresh and Sundhashu Dhulia delivered this judgment in Trimurti Fragrances Pvt Ltd case.

3. A state level institute will be set up like NITI Aayog in Maharashtra 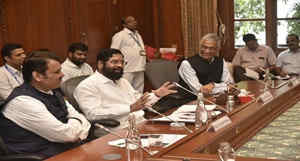 A state-level institution will be set up like NITI Aayog in Maharashtra . This will help in bringing about significant changes in sectors like agriculture, health, education, employment, environment . The CEO of NITI Aayog and other experts made a presentation. This presentation was related to the assistance given by NITI Aayog to Maharashtra to bring change in various sectors. Chief Minister Eknath Shinde, Deputy Chief Minister Devendra Fadnavis and other senior officials were present on the occasion.

4. Web-portal launched for grievances of common people in Imphal 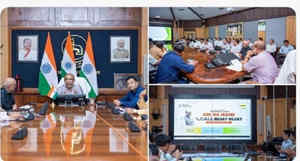 Manipur Chief Minister N. Biren Singh launched a web-portal in Imphal for redressal of grievances of common people . The name of this web-portal is ‘ CM Da Haisi ‘. general public w w w dot cm da haci dot gov.inYou can register your complaint in the web-portal by logging in. Complainants can also check the status of their complaints. The Public Grievance Redressal and Anti-Corruption Cell located at the Chief Minister’s Secretariat will redress the grievances of the public in a stipulated time through this portal. The cell will make available the actionable complaints to the State Vigilance and Anti-Corruption Department. It will be sent to the concerned departments for further inquiry and investigation. A total of 134 complaints have been received by the Public Grievance Redressal and Anti-Corruption Cell since March 2022, out of which 85 percent complaints have been resolved. 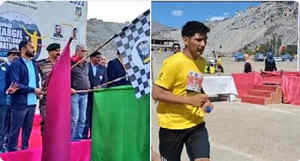 More than two thousand runners took part in Kargil International Marathon in Kargil , Ladakh . It was organized by Kargil Hill Council and Ladakh Police in association with the outskirts of Pune. The marathon was organized with the slogan ‘ Run for Apricots ‘ to celebrate the accessibility of apricots grown in Ladakh to the international market. Jigme Namgyal won the men’s section and the discet dolma in the women’s section of 42 km full marathon. Chief of Army Staff General Manoj PandeyVirtually inaugurated the marathon with a special message for the runners from Khi Sultan Cho Sports Stadium in Kargil. 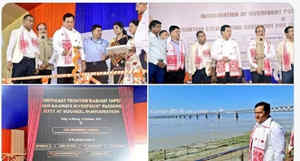 Union Minister for Ports, Shipping and Waterways Sarbananda Sonowal announced the launch of India’s longest river cruise tourism service between Varanasi and Bogibeel early next year. This river tourism service will cover a distance of more than four thousand kilometers through the Ganges, India, Bangladesh Protocol Route and Brahmaputra. Mr. Sonowal made this announcement at the launch of several projects for the development of Bogibeel area near Dibrugarh in Assam. 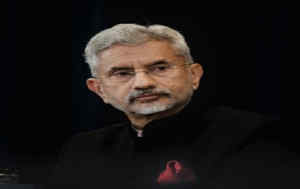 External Affairs Minister Dr. Subrahmanyam Jaishankar arrived in New York to attend the 77th session of the United Nations General Assembly . In the first leg of his New York visit, Dr Jaishankar will lead an Indian delegation during a high-level week at the United Nations General Assembly. The theme of the 77th UN General Assembly is – A Key Moment: Transformational Solutions to Collective Challenges, In line with India’s strong commitment to reformed multilateralism, the External Affairs Minister will host the G4 Ministerial Meeting of India, Brazil, Japan, Germany. He will attend a high-level meeting of the L-69 grouping on revitalized multilateralism and achieving comprehensive reform of the UN Security Council. The L-69 group includes developing countries in Asia, Africa, Latin America, the Caribbean and small islands, focusing on UN Security Council reforms. Dr. Jaishankar will be in Washington DC for a bilateral meeting with US Interlocutors-Speakers from September 25 to 28. Will go His program includes interactions with US Secretary of State Antony Bilken, senior members of the US government, US business leaders, round table meetings on science and technology, and Indian diaspora. 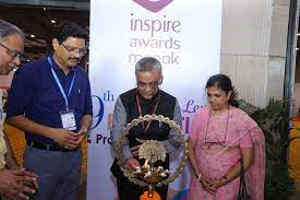 9. Cyclone Nanmadol hits the city of Kagoshima in Japan, warnings issued for people to move to safer places 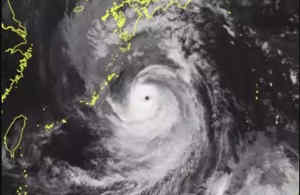 Due to the Nanmadol storm in Japan , people living in the southwest have been warned to move to safer places. Due to the storm, there has been heavy rain with strong winds throughout the night and landslides have also occurred at many places.

10. UAE to launch its first lunar rover in November 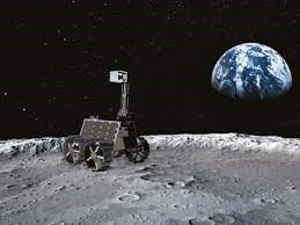 UAE may launch Rashid rover on Falcon 9 SpaceX rocket in November this year . The United Arab Emirates will launch its first lunar rover named Rashid from the Kennedy Space Center in Florida in November 2022. The rover will be launched by the Hakuto-R lander of Japan ‘s iSpace sometime in March next year.(Hakuto-R lander) will reach the lunar surface. If this lunar mission is successful, the United Arab Emirates and Japan will join the US, Russia and China as the countries to land spacecraft on the lunar surface. The Rashid rover will study the lunar surface, dynamics on the lunar surface and the interaction of various surfaces with particles on the Moon. The weight of this rover is 10 kg. It will have two high-resolution cameras, a microscopic camera, a thermal imagery camera, a probe and other equipment. The rover is named after the former ruler of Dubai, Sheikh Rashid bin Saeed Al Maktoum, who is credited with the transformation of Dubai from a small cluster of settlements near Dubai Creek into a modern port city and commercial centre. It has been built at the Mohammed bin Rashid Space Center in Dubai. Earlier, the UAE had launched the Hope Mission to Mars – the Arab world’s first interplanetary mission. 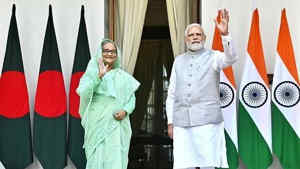 Assam – based Numaligarh Refinery Limited (NRL) India-Bangladesh Friendship Pipeline by the end of 2022expected to complete the construction. The India-Bangladesh Friendship Pipeline Project (IBFPP) aims to connect Siliguri in West Bengal, India with Parbatipur in Dinajpur district of Bangladesh. The total outlay of this project is Rs 346 crore. The 130 km pipeline under construction will have a capacity of 10 lakh metric per annum. The construction of the pipeline began after its formal inauguration in March 2020. The project is being jointly implemented by India’s Numaligarh Refinery Limited and Bangladesh’s Meghna Petroleum Limited. Initially Bangladesh will buy about 2.5 lakh tonnes of diesel. This will be increased to 4 to 5 lakh tonnes in subsequent years. Under this contract, Bangladesh will import diesel for 15 years from the date of commencement of supply. 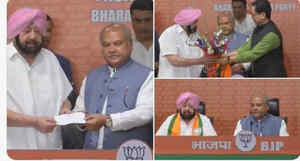 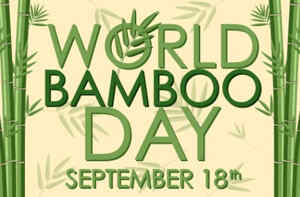 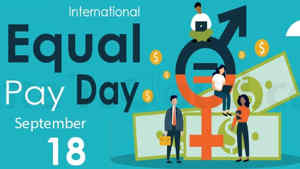 International Equal Pay Day is celebrated on 18 September every year since 2020 . Its objective is equal pay for all sections of the society and to make people aware of it. In most countries of the world, women are paid less than men. The purpose of celebrating International Equal Pay Day is to end it. On 15 November 2019, the United Nations General Assembly had announced for the first time to observe 18 September as International Equal Pay Day. The decision was taken during the 74th session of the United Nations General Assembly. The resolution in the United Nations General Assembly was co-sponsored by 105 member states. After that this decision was taken to celebrate it after the consensus of the member countries. Since then it was celebrated every year on 18 September. 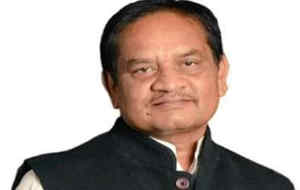 In Odisha , senior BJP leader and MLA Bishnu Charan Sethi passed away after prolonged illness. He was 61 years old. Vishnu Charan Sethi was a two-time MLA from Bhadrak district. Presently he was MLA from Dham Nagar assembly constituency.