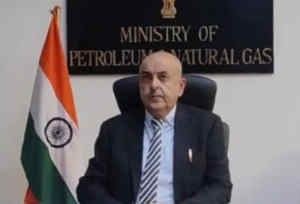 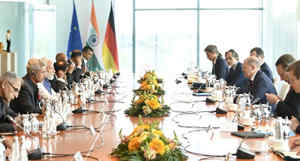 Prime Minister Narendra Modi and German Chancellor Olaf Scholz held the 6th India-Germany Inter-Governmental Consultation-IGC in Germany’s capital Berlin .co-chaired. This once in two years consultation is a unique dialogue in which several ministers from both sides participate. This was the Prime Minister’s first intergovernmental consultation with the German Chancellor Scholz. With the new German government taking office in December last year, This will also be the first consultation of the Government of India. Earlier, the Prime Minister held bilateral talks with German Chancellor Olaf Scholz. They reviewed the bilateral relations between the two countries. The two leaders discussed enhancing trade and cultural ties. The German Chancellor invited Mr. Modi to attend the G-7 Summit in Germany. He said that India’s role in the dialogue on the global economy and climate change is important. Prime Minister Narendra Modi will leave for Copenhagen, Denmark after completing his Germany visit. He is going on an official visit to Denmark at the invitation of Prime Minister Mette Fredriksen. On Wednesday, Mr. Modi said Denmark, Iceland, Finland, Will attend the 2nd India-Nordic Summit with the Prime Ministers of Sweden and Norway. In the final leg of the visit, Prime Minister Modi will briefly stop in the French capital Paris and meet President Emmanuel Macron. 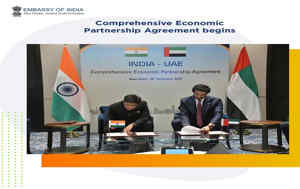 The historic India-United Arab Emirates Comprehensive Economic Partnership Agreement (CEPA ) has come into force. The agreement was signed by both the countries in February this year. BVR Subrahmanyam , Secretary, Department of Commerce, sent the first consignment of various items including jewelery from India to United Arab Emirates under this agreement in New Delhi . Under the agreement, the customs duty on this consignment will be nil. The contribution of the gems and jewelery sector to the United Arab Emirates from India is significant. The agreement is expected to increase trade in goods and services between the two countries to more than $100 billion and services to more than $15 billion in the next five years. 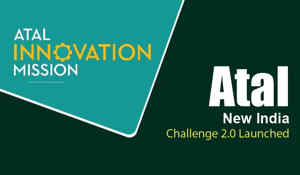 Atal Innovation Mission launched Phase-1 of the second edition of ‘ Atal New India Challenge ‘ ( ANIC 2.0 ) . ANIC 1.0 was launched in the year 2018 with a call to make innovations and technologies relevant to the people. Atal New India Challenge is a flagship program of Atal Innovation Mission, NITI Aayog. The objective of the program is to seek, select, support and promote technology-based innovations that address regional challenges of national importance and social relevance. ANIC supports the selected startups in the commercialization phase during 12-18 months with solicitation of innovations in the prototype phase.

5.Field manual for handling and management of man-elephant conflict in India launched 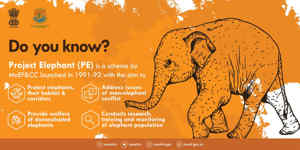 In the 16th Steering Committee meeting of Project Elephant , the Ministry of Environment, Forest and Climate Change has launched a field manual to guide forest workers in major elephant range states to tackle and manage the Human-Elephant Conflict (HEC) in IndiaThe manual has been prepared by the ministry in association with the Wildlife Institute of India (WWI) and the World Wide Fund for Nature (WWFI). It includes detailed and best practices for reducing human-elephant conflict. It is designed to help and guide forest officials/departments and other stakeholders in reducing the incidence of human-elephant conflict (in emergency and when the challenge of conflict arises). India home to about 27,000 Asian elephantsWhich is the largest population of elephant species in the world. According to the Elephant Census 2017 , Karnataka has the highest number of elephants (6,049) , followed by Assam (5,719) and Kerala (3,054). There are three subspecies of the Asian elephant: Indian, Sumatran and Sri Lankan. 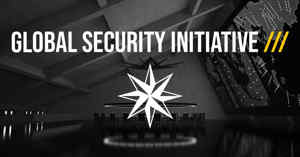 Speaking at the opening ceremony of the Boao Forum for Asia (BFA) Annual Conference 2022 , Chinese President Xi Jinping introduced a new global security initiative . According to the Chinese President, this initiative is to promote security for all in the world and to oppose group politics and factional confrontation. The initiative aims to counter the West’s initiatives such as the US Indo-Pacific Strategy , the Quad and AUCUS (Australia-UK-US) Security Agreement . The Quad is an informal strategic security dialogue involving Australia, India, Japan and the United States. The Quad is seen as a response to the rise in Chinese economic and military power. 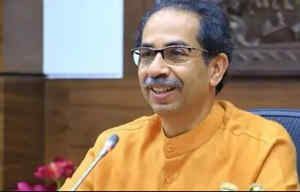 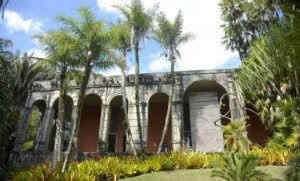 The site ‘ Sitio Burle Marx ‘, a landscaped garden in the Brazilian city of Rio de Janeiro , has been included in the UNESCO (UNESCO) list of World Heritage Sites. There are over 3,500 plant species in the park that are native to Rio. It is considered a laboratory for vegetation and landscape experimentation. The site is named after the Brazilian landscape architect ‘ Burle Marx ‘, whose design of parks and gardens made him world famous. The Sitio Burle Marx site was his home until 1985.

9.C-DOT and C-DAC sign MoU for cooperation in diverse areas of Telecom and ICT

The Center for Development of Telematics (C-DOT) , a premier R&D center of the Department of Telecommunications , Ministry of Communications and Center for Development of Advanced Computing (C-DAC) , an autonomous scientific society of Department of Electronics and Information Technology (C-DAC) , has supported indigenous technical design and development. A Memorandum of Understanding (MoU) was signed at the SemiconIndia 2022 event in Bangalore on April 30, 2022, with the objective of promoting collaboration in diverse areas of Telecom and ICT. 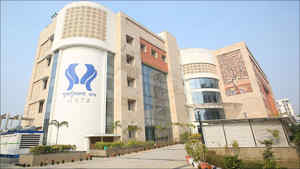 National Council of Teacher Education (NCTE) has invited online applications for the 4-year Integrated Teacher Education Program (ITEP) for the academic session 2023-24 . As per the notification issued on October 22, 2021, ITEP is a dual-major composite undergraduate degree, which is equivalent to B.A. B.Ed./B.Sc. B.Ed and B.Com. Offers B.Ed courses. This is one of the major orders of the National Education Policy 2020 related to teacher education. It will be initially made available in pilot mode in Central/State Government Multidisciplinary Universities/Institutes across the country. Admission will be done through a National Common Entrance Test (NCET) by the National Testing Agency (NTA). 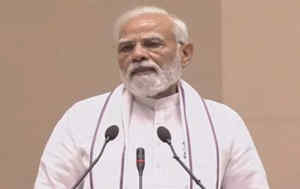 The Prime Minister , Shri Narendra Modi with the Chief Ministers of States and Chief Justices of High Courts, at Vigyan Bhawan in New Delhi .Participated in the inaugural session of the Joint Conference of He also addressed the people present on the occasion. Chief Justice of India Justice N. V. Ramana, Supreme Court Justice U.U. Lalit, Union Minister Shri Kiren Rijiju and Prof. sp. Singh Baghel, Judges of the Supreme Court, Chief Justices of High Courts, Chief Ministers of States and Union Territories and Lieutenant Governors were present. This conference is an opportunity to deliberate on the necessary measures to develop a system of delivery of justice in a smooth and convenient manner and to overcome the challenges faced by the justice system. Earlier this conference was organized in 2016. Under the e-Courts Mission Mode Project, the government has taken several measures to improve the system and integrate judicial processes with digital technology. 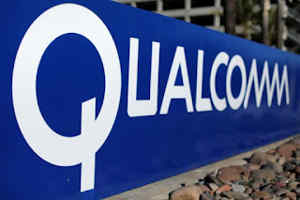 Qualcomm India Private Limited , a subsidiary of Qualcomm Inc. , has proposed to launch and run the Qualcomm Semiconductor Mentorship Program 2022 for selected semiconductor startups in India . It aims to provide mentorship, technical training and industry outreach. Qualcomm India has entered into a partnership with C-DAC (C-DAC), an autonomous scientific society within the Ministry of Electronics and Information Technology, Government of India. It will act as an outreach partner for the program and help the participating entrepreneurs gain exposure. 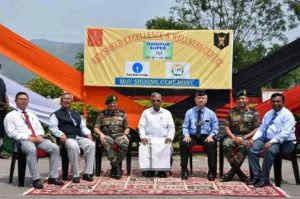 The Red Shield Division of the Indian Army entered into a tripartite agreement with State Bank of India Foundation (SBIF) and National Integrity and Educational Development Organization (NIEDO) to set up ‘ Red Shield Center for Excellence and Wellness ‘ under the aegis of Spear Corps . This agreement took place in Bishnupur district of Manipur. The ‘Manipur Super 50’ project is expected to be fully functional by the first week of July 2022 for the first batch of 50 students. 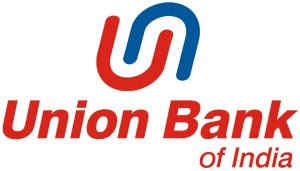 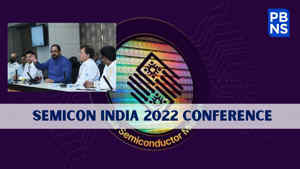 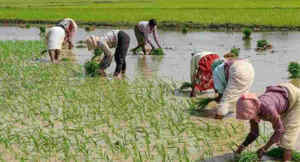 With the country’s marginal and small farmers getting a raw deal regarding farm loan waivers , the National Bank for Agriculture and Rural Development (NABARD) tracking, a Farmer Distress Index (FDI) aimed at identifyingplanning to build. Depending on the level of distress, the financial institutions and the government may decide on a suitable support package instead of handing over a crisis package to all farmers. This index will not be uniform across the country as it will vary depending on the stress levels of the place. This index will help government departments, financial sector and insurance companies. A farmer’s distress is generally calculated by the extent of damage to his crops. According to a study jointly conducted by NABARD and Bharat Krishak Samaj (BKS), more than 60% of small and marginal farmers with high and high distress have not got the benefit of farm loan waiver. 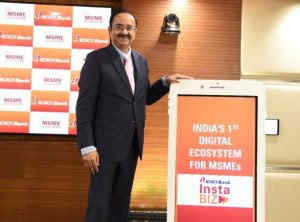 ICICI Bank has launched India’s first ‘ open-for-all ‘ program for all Micro, Small and Medium Enterprises (MSMEs) in the country.‘ Has launched a comprehensive digital ecosystem. It can also be used by customers of other banks. Anyone can access the benefits of digital solutions on the InstaBIZ app. MSME customers from other banks can avail a range of services by logging into the app as a ‘guest’. It allows instant and paperless overdraft facility up to Rs.25 lakh through ‘InstaOD Plus’. The new digital ecosystem can be availed by downloading the latest version of Instabiz app. The app is available on Google Play Store, Apple App Store and the Bank’s Corporate Internet Banking (CIB) platform. The ecosystem facilitates digital and instant current account opening through video KYC.

19.Two ‘Sloth Bears’ rescued from a village in Jharkhand by PFA 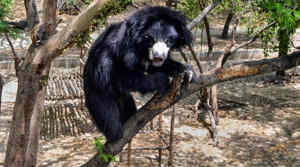 Recently two ‘ Sloth Bears ‘ (scientific name: Melurusus arsinus ) were rescued by the People for Animals Group (PFA) with the help of forest officials from a village in Jharkhand . The People for Animals Maneka Gandhiis an animal welfare organization established by The PFA was informed by the Madaris. Madari are a nomadic community who earn their living by using animals in street plays. Sloth bears are found mainly in the lowlands in Sri Lanka, India, Bhutan and Nepal. Sloth bears feed mainly on termites and ants and, unlike other bear species, they regularly carry their cubs on their backs. They are also very fond of eating honey, hence they are also called ‘Honey Bear’. Sloth Bears do not hibernate, that is, they do not go into a state of hibernation. Also called Honey Bear and Hindi Bear, it is part of the Ursidae family. They are found in tropical or sub-tropical regions of India and Sri Lanka. 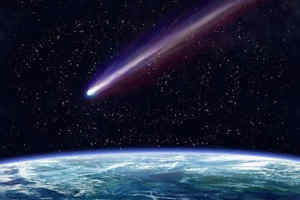 International Astronomy Day is organized twice every year around the world . The first on May 2 , while the second on September 26 . Awareness regarding astronomy by various museums and astronomical institutions on this daySeminars, workshops and other programs are organized to spread the word. In 1973, Doug Berger, president of the Astronomical Union of Northern California, organized the first Astronomy Day. The primary purpose of organizing this day is to make the general public aware about the importance of astronomy and the entire universe and help them develop interest in it. The study of astronomy has been around for about 5,000 years and is considered to be the oldest of all related science branches. After the invention of the telescope in the year 1608, the importance of astronomy in unraveling the mystery of the universe increased even more. Over time, technology has made significant advances in the past few decades, and many theories and observations have been presented, allowing astronomy to progress further. 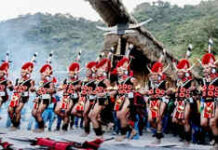 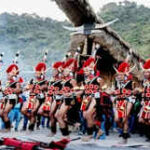